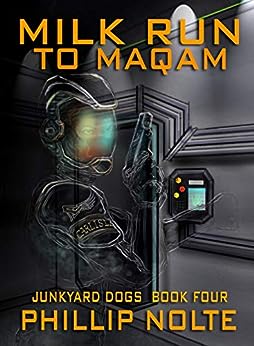 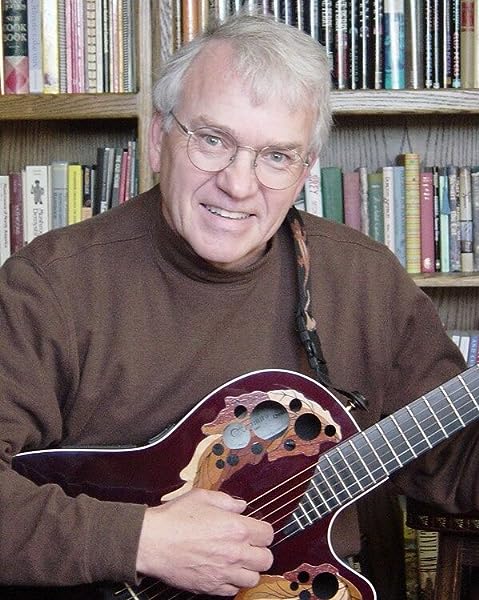 by Phillip Nolte (Author), A. Wirth (Illustrator) Format: Kindle Edition
Book 4 of 4: Junkyard Dogs
See all formats and editions
Sorry, there was a problem loading this page. Try again.
Suspended majestically in space, the United Terran Federation Navy's famous Scrapyard is a gigantic cloud of battle-damaged and obsolete warships jumbled together with worn-out civilian ships and other assorted space junk...

Due to budgetary restraints and materials shortages, the navy designates the Scrapyard as their new headquarters for the Santana Quadrant...

The wreck of a seventy-year-old Succession War battleship is being converted into a barracks ship to house the hundreds of new personnel due to arrive shortly...

The conversion stalls when a freighter hauling replacement parts critical to the project breaks down at the remote Harmony colony...

With the Federation navy woefully short of ships, manpower and time, the ancient cargo ship Greyhound is tasked with retrieving the parts...

Ensign Tamara Carlisle—blindsided by the sudden "opportunity"—is railroaded into commanding the retrieval mission...

Carlisle’s first command couldn't be more straightforward: dash over to Harmony, pick up the stranded shipment and bring it back to the Scrapyard ASAP...

All 4 for you in this series See full series

Born and raised in Minnesota, educated at Moorhead State (Moorhead, MN) and North Dakota State University. I developed a passion for science fiction in junior high and have been hooked ever since. I started writing science fiction sometime around 1986 or so and about a dozen of my short stories were published in pioneering online magazines such as "Athene" and "Intertext."

These stories are now available in a collection entitled "Cannibals Shrink Elvis' Head." The eclectic nature of the subject matter in these stories makes it difficult to categorize the book into a single science fiction subgenre but there are stories about an endurance race through the asteroid belt as well as stories about space battles and aliens and scientists and space merchants and even one about an auto mechanic!

I recently retired from my position as a potato scientist at the University of Idaho. While there, I served on the editorial boards of two national trade journals and wrote hundreds of educational and informative articles for the popular press. I live with my wife and cat (or is it the other way around?) in southeastern Idaho, where most of the potatoes are.

An irresistible compulsion just a few years ago to get back into writing science fiction resulted in the "Junkyard Dogs" adventures, which began in "The Scrapyard Incident" and are continued in "The Veritian Derelict" and "The Santana Nexus." Maybe the theme of the books would make more sense if I admitted to having an inexplicable interest in junkyards too. I also have a fascination with ancient artifacts and if they happen to have an alien origin, so much the better. "The Deimos Artifact" and the "Guardians" series are my take on that phenomenon.

Many thanks to Angie Wirth (wirthles2@hotmail.com) for her breathtaking artwork.

I am currently working on the second book of the "Guardians of the Galactic Sentinel" series which is untitled as yet. I hope to have it available before next summer. We'll see if my muse behaves. If you have questions or comments about me, "The Junkyard Dogs," "Cannibals Shrink Elvis' Head," "Guardians of the Galactic Sentinel" or diseases of potatoes feel free to drop me a line at pnothing44@gmail.com.

Metalman
5.0 out of 5 stars Great Story!
Reviewed in the United States 🇺🇸 on July 16, 2021
Really liked this book! Looking forward to the next edition.
Read more
Helpful
Report abuse

Kindle Customer
5.0 out of 5 stars 5th in Junkyar far future military sci fi. The characters are growing up.
Reviewed in the United States 🇺🇸 on May 21, 2021
Verified Purchase
Well written, well edited, well ebooked.
Read more
Helpful
Report abuse
See all reviews
Report an issue
Does this item contain inappropriate content?
Report
Do you believe that this item violates a copyright?
Report
Does this item contain quality or formatting issues?
Report