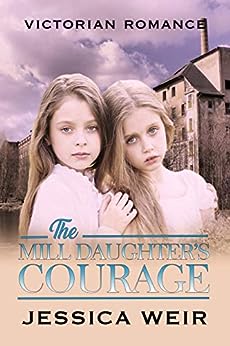 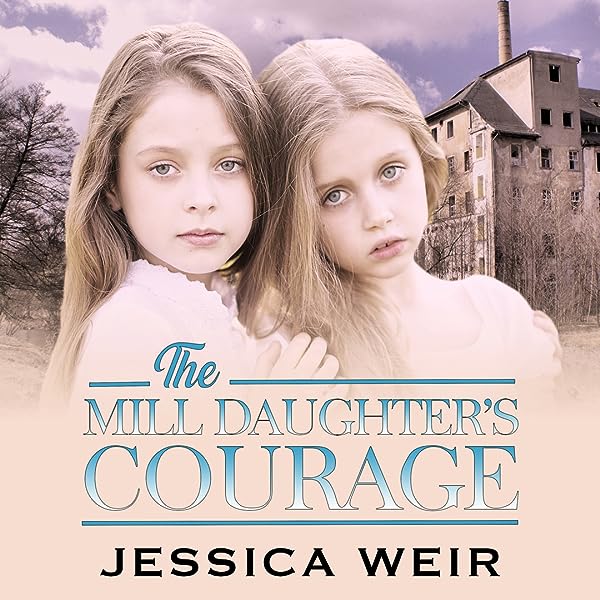 4.5 out of 5 stars
4.5 out of 5
661 global ratings
How are ratings calculated?
To calculate the overall star rating and percentage breakdown by star, we don’t use a simple average. Instead, our system considers things like how recent a review is and if the reviewer bought the item on Amazon. It also analyzes reviews to verify trustworthiness.
Top reviews

Karen Semones
5.0 out of 5 stars Overcoming Tragedy
Reviewed in the United States on March 16, 2020
I received an ARC of this book from the publisher via Bookfunnel and this is my voluntary and honest review. This is the first time that I have read anything by this author, Jessica Weir, and it won't be my last. She writes about the Victorian era. This book is about a 13-year old girl named Daisy who lives with her Mother and twin sister in a one-room flat and they all work in a mill sixteen hours a day and six days a week. When tragedy strikes, Daisy ends up alone and unable to pay the rent. After the landlord demands that she either pay the rent with money or go to bed with him, she leaves her job and the city before he returns to collect the rent. She finds a service job with a room and meals provided and is finally doing doing well. She loses that job when another tragedy strikes. The next job she acquires finally puts her on the road to happiness with a HEA ending. I loved how she pushed on despite everything that happened in her life. I highly recommend this book.
Read more
2 people found this helpful
Helpful
Report abuse

Texas BookwormTop Contributor: Pets
3.0 out of 5 stars Could Use Some Polish and Correction to Date Conflict
Reviewed in the United States on October 13, 2020
The author took several social issues, which primarily affected the poor in Victorian England, and made them the foundation of this book. Child labor, lack of education, poor and unsanitary living conditions, unsafe working conditions, low wages, treatment of mental illness and sexual exploitation of young females in domestic service are the main issues around which the story of Daisy, her sister and her mother are woven.

There was a conflict with content. Daisy was 13 when the book began. At that time she, her sister and her mother were working16 hours per day in the cotton factory. That had to before 1844. That year a law was passed to limit the time anyone 18 or younger could work in a factory to 12 hours on a weekday and 10 hours on Saturday.

The book was very short so there was not a lot of room for character development, especially when it came to the doctor who took care of Daisy’s mother. I found it hard to believe there was an attraction between the doctor and Daisy - mainly on his part.

All in all it was an okay read but needs a bit of polish and correction in the storyline to accommodate the conflict in dates.
Read more
Helpful
Report abuse

Kindle Customer Joyce Lichtwald
5.0 out of 5 stars Mill work !
Reviewed in the United States on September 24, 2020
What a great book. Thanks for sharing your talent with us all. I am so glad I will never experience such horrible work conditions and pray that this no longer exists in our world today. What a awful place for anyone to have to deal with. Let alone a hard working family trying to survive. Thank you.
Respectively
Joyce Lichtwald
Read more
Helpful
Report abuse

Kindle Customer
4.0 out of 5 stars Love
Reviewed in the United States on September 6, 2020
With a four review this is a sweet story with heart break. Sisters that don't end up being together. A mother who has a mind shattering experience. Then love happens. Enjoy the read.
Read more
Helpful
Report abuse
See all reviews

Kindle Customer
5.0 out of 5 stars The mill daughters courage
Reviewed in the United Kingdom on March 31, 2020
Verified Purchase
What a lovely book to read worth the five stars I have given it an easy read of trial and tribulation . Hardship and most of all courage
Read more
2 people found this helpful
Report abuse

Maz
3.0 out of 5 stars Disappointingly Short
Reviewed in the United Kingdom on June 28, 2020
Verified Purchase
It was a good story but it was a bit of a rush to the end. Once l have got to know the characters, l like to get a good long story out of it. This one ended far too soon.
Read more
Report abuse

Amazon Customer
5.0 out of 5 stars An excellent book
Reviewed in the United Kingdom on July 26, 2020
Verified Purchase
This book is a very well written. The story tells of how one girl rose from poverty and ended up married and to a doctor. Well worth reading.
Read more
Report abuse

Joe
5.0 out of 5 stars Good read.
Reviewed in the United Kingdom on September 17, 2020
Verified Purchase
Good read with all sorts thrown into the story which was a bit shorter than I expected, but a good read nonetheless.
Read more
Report abuse

Karen H.
1.0 out of 5 stars Not worth the read
Reviewed in the United Kingdom on July 4, 2021
Verified Purchase
This story was far too rushed. 154 pages but 136 for the story and every new chapter was a half page . Not a good read at all.
Read more
Report abuse
See all reviews