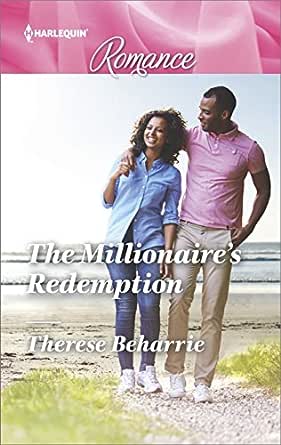 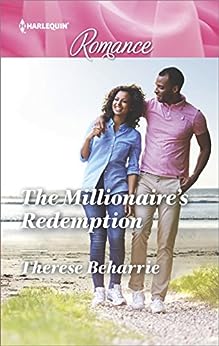 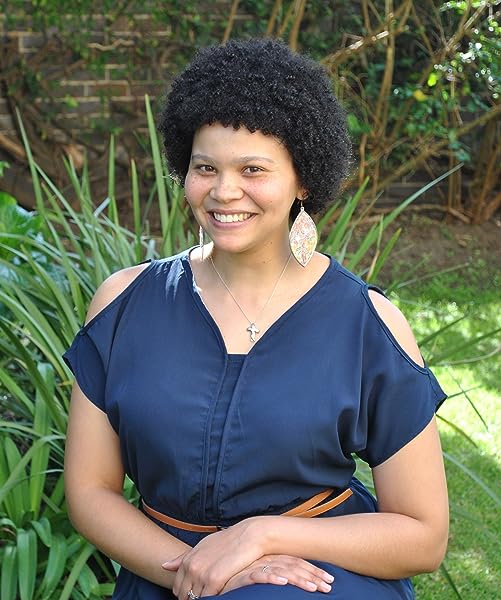 Being an author has always been Therese's dream. It was only when the corporate world loomed during her final year at university that she realised how soon she wanted that dream to become a reality. She got serious about her writing, and now writes books she wants to see in the world featuring people who look like her. When she's not writing, she's spending time with her husband and dogs in Cape Town, South Africa. She admits this is a perfect life, and is grateful for it. --This text refers to an out of print or unavailable edition of this title.

Geri Evans
5.0 out of 5 stars Great Love Story
Reviewed in the United States on June 4, 2020
Verified Purchase
I loved the unexpected chemistry between Jacques and Lily! Two lost souls finding each other! I really enjoyed this book. This is my first reading by this author, but it will not be my last! Excellent Job, Therese Beharrie!! 💜
Read more
Helpful
Comment Report abuse

kelly
5.0 out of 5 stars Fun and Flirty
Reviewed in the United States on October 3, 2017
This is the first book of Therese BeHarrie that I have read. I love meeting new authors, so was very excited when Therese got in touch about 'The Millionaire's Redemption.'
Jacques Brookes needs to convince the world that he's not the "Bad Boy Brookes" that he once was. He needs to make amends for what happened seven years ago, that ruined his career and in turn led to him letting his team mates down. Lily Newman's ex fiance broke her heart by cheating on her. So pretending to have a boyfriend when coming face to face with him at a party seems like a no-brainer, until she realizes who it is she's just cornered into playing that role. Jacques is taken back by the woman who has just accosted him on the landing, he's happy to play along but as the night progresses he realizes this could be the perfect plan. Can Jacques and Lily help each others careers and in doing so find a little spark in the process?

I really enjoyed this story and the beautiful setting. Cape Town sounded lovely, especially the restaurants on the beach with the fairy lights lighting up the night sky. After reading this, it's definitely a place I need to add to my bucket list.

As for Jacques and Lily, they made for such a cute couple. They really balanced each other out and complemented each other very well. Jacques was very sweet towards Lily from the start and seemed to take on a protective role even when he didn't know her very well. I like how he would immediately get on her when she spoke negatively about herself and always tried to make her see her good points and make her feel better about herself. In doing so, he came across as very gentlemanly. Lily was easy to relate to, as she went through the every day insecurities we all go through; worrying about her looks, career and relationships. She was a genuinely good person, who wanted to forget her past and succeed on her own. I loved that she had a coffee/book shop, I mean could there really be a better shop than that?? I don't think so! I got the impression that Lily not only wanted to help Jacques because she was being nice but also because she wanted to push herself to take a step out of her comfort zone and do something that scared her. This gave me a lot of respect for her. It's easy to think about doing something but Lily kind of threw caution to the wind, trusted her instincts a little and actually did what made her uncomfortable. Brava Lily!

'The Millionaire's Redemption' is a laid back, flirty, easy going read, that's perfect for these darker, cooler nights when you just want to be tucked up under a blanket, with a cup of tea and a good book.

rach_b52
5.0 out of 5 stars Sweeps you right off your feet!
Reviewed in the United Kingdom on July 5, 2019
Verified Purchase
Therese Beharrie has just won the PHS Rising Star Award and it's easy to see why! This woman knows how to sweep you off your feet with her stories and this one is no exception. The slow burn simmers from the off. Lily is a fabulous heroine who needs to get over what's happened in her past and to learn to love herself before she can love another. She is so worthy of finding love, and Jacques is perfect for her. He needs her just as much as she needs him. He also has a past to come back from and with Lily's "big heart" ways and no-nonsense attitude, he can be the better person he so wants to be. I just LOVED this book, could not put it down!
Read more
Report abuse