The Mind-Body Problem, with foreword by Jane Smiley and millions of other books are available for Amazon Kindle. Learn more 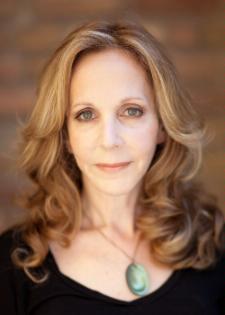 Goldstein's The Dark Sister is a cleverly constructed, imaginative tale that centers on a tormented feminist novelist whose solitude is interrupted only by phone calls from her silly but dangerous sister; March will also bring Penguin's reissue of Goldstein's penetrating coming-of-age novel The Mind-Body Problem , about an orthodox Jewish woman's sexual awakening at college.
Copyright 1993 Reed Business Information, Inc.

Rebecca Newberger Goldstein received her doctorate in philosophy from Princeton University. Her award-winning books include the novels The Mind-Body Problem, Properties of Light, 36 Arguments for the Existence of God: A Work of Fiction, and nonfiction studies of Kurt Gödel and Baruch Spinoza. Her most recent work, Plato at the Googleplex, was released by Pantheon Books in March of 2014. She has received a MacArthur Foundation Fellowship, has been designated a Humanist of the Year and a Freethought Heroine, and is a fellow of the American Academy of Arts and Sciences. She lives in Massachusetts.Rebecca Goldstein is represented by Penguin Random House Speakers Bureau (prhspeakers.com).
Start reading The Mind-Body Problem, with foreword by Jane Smiley on your Kindle in under a minute.

4.2 out of 5 stars
4.2 out of 5
65 global ratings
How are ratings calculated?
To calculate the overall star rating and percentage breakdown by star, we don’t use a simple average. Instead, our system considers things like how recent a review is and if the reviewer bought the item on Amazon. It also analyzes reviews to verify trustworthiness.
Top reviews

Kindle Customer
4.0 out of 5 stars Starts out slow but with a very thought provoking plot twist
Reviewed in the United States on June 25, 2016
Verified Purchase
Started out slow--a lot of Jewish girl trying to escape from orthodox tyranny along with a lot of whining. She goes to Princeton to earn a PhD in philosophy, but loses interest or loses her bravery and instead opts out by marrying a PhD--a celebrated math genius. Each chapter begins with a quote from a famous philosopher, and the book weaves a philosophy lesson into each chapter. The story is frankly a little slow and self indulgent, but the ending made up for a lot of that
Read more
9 people found this helpful
Helpful
Report abuse

Jebron
5.0 out of 5 stars Rebecca Goldstein's Mind-Body Problem
Reviewed in the United States on October 16, 2011
Verified Purchase
Those of us who follow and admire the work of Rebecca Goldstein recognize this 1980's novel as a kind of apologia pro vita sua with its blend of yiddishkeit and profound philosophical insight interwoven with some raunchy events and instincts. In other words, the full and tentatively creative life of the novel's protagonist, Renee Feuer, student, lover and scholarly drifter, mirroring steps in the life and development of Rebecca Goldstein, to my mind one of the great thinkers and personalities of our time.
The plot centers on the not-so-happy marriage of Renee, a doctoral candidate in philosophy at Princeton, to Noam Himmel, a world-recognized "genius" in mathematics who teaches there. Renee has manipulated the marriage to give herself status in the face of her acute self-doubt about her own academic prowess. The "mind-body" problem (does the mind exist independently of the body), Renee's chosen area of study and research, underlays the relationship and the novel itself. The "problem" is in large part the continuing dispute over Spinoza's psycho-physical parallelism as to which that giant of philosophy anticipated today's neuroscience by reducing feelings and emotions to their physical source in the human anatomy. For Noam, the mathematician, the dispute is irrelevant since numbers and equations derive their validity independently of human intervention and the marriage founders on Noam's lack of feeling for the "body" and very soon, Renee.
The philosophic and amatory discussions in the novel are stimulated by a somewhat more focused friend of Renee's, Ava, a marvelous invention who "understands everything" and a heavy, almost destructive extra-marital affair with another mathematician, Daniel Korper. Renee's mother, a Yiddish "worrier" and Renee's Orthodox sister-in-law, Tzippy, lend a Jewish counterpoint to Renee's mind-body preoccupation - as with Goldstein herself, her Jewish heritage insinuates itself into her work and the novel's play whether she likes it or not.
Spinozist that I am, I don't see what all of the philosophical fuss is about (the blessed one proved his case beyond a doubt, validated by Darwin, Freud and the human genome), but the book itself is a good academic yarn and the sex isn't bad. The resolution of the relationship between Renee and Noam is - well, read the book!

Bruce A. Mcallister
5.0 out of 5 stars It is nothing short of wonderful
Reviewed in the United States on August 16, 2019
Verified Purchase
To have characters so real talk about fundamental issues while living out their lives in a messy, human, so believable way. This is fourth book I’ve read by Rebecca, may life be good to her.
Read more
2 people found this helpful
Helpful
Report abuse

Luca turin
4.0 out of 5 stars Slow beginning, riveting end
Reviewed in the United States on September 17, 2015
Verified Purchase
Starts a bit slowly and with perhaps a few too many clichés about Jews in America and academe. Just when I was about to give up, about a third into the book, the unexpected happens, it suddenly picks up and becomes a riveting story of relationships and inner loves between people at odds with one another. Perceptive, intelligent, elegant, often profound, it ends on a high note and makes you want more.
Read more
3 people found this helpful
Helpful
Report abuse

Kindle Customer. crumpy
4.0 out of 5 stars An intellectual marriage.
Reviewed in the United States on May 6, 2016
Verified Purchase
To be married to a self involved genius, and the loneliness of it, put into intellectual terms. Does mind rule body or body mind? This is an interesting tale about a young Jewish philosopher and her mathematician husband.
Read more
One person found this helpful
Helpful
Report abuse

Anonymous
5.0 out of 5 stars Not your typical romance novel
Reviewed in the United States on June 26, 2015
Verified Purchase
This novel addresses something deep and fundamental about some of the ways people can act in relationships.

Tony Houston
5.0 out of 5 stars Wonderful!
Reviewed in the United States on August 16, 2016
Verified Purchase
Goldstein masterfully weaves philosophical references within a compelling story of a life in search of mattering and what it means.
Read more
2 people found this helpful
Helpful
Report abuse
See all reviews

J. Sweetman
3.0 out of 5 stars Takes Itself Far Too Seriously
Reviewed in the United Kingdom on June 16, 2014
Verified Purchase
I thought I was going to enjoy this book as I like philosophy as well as reading and I though this would be a nice blend of the two. Instead I got a self obsessed Jewish heroine who marries an alleged mathematical genius who doesn't treat her very well. Then she meets Mr Right who turns out to only like her as a good lay which isn't enough for her although she is still married. I think the idea of the book is that you can throw in some ideas about the mind body problem and do we exist out there or only in here and then make it manifest in the relationships in the book. As a great believer in the social construction of reality, this all seemed like a lot of contrived tosh after a while and I got tired of the heroine's introspection and philosophical musings. Also, the whole book takes place against the background of Princeton which is a kind of academic paradise where you go to parties and discuss stuff earnestly and there are no ordinary people with simple values and that all gets rather tiresome after a bit and you long for the real world. Anyway, you get the picture. I didn't like it much. Sorry!
Read more
One person found this helpful
Report abuse

Amazon Kunde
1.0 out of 5 stars No delivery
Reviewed in Germany on November 24, 2015
Verified Purchase
I have not received it yet, althouth the deadline is long past. What else can I say to fulfill the fourteen words requirement?
Read more
Report abuse
See all reviews