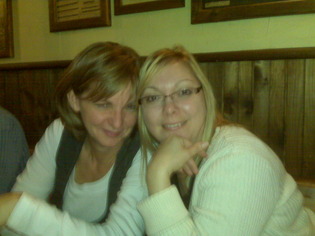 “Keating has created a female version of the film Tron, but with more excitement and realism. The romance is a soul-touching, emotional ride. Both River and Hawk are more than capable of taking care of themselves, but when they come together, they really thrive.” ―RT Book Reviews on Game Over

“A perfect trifecta of danger, magic and romance. Game Over [is] a true page-turner and an instant favorite.” ―Joyfully Reviewed

4.7 out of 5 stars
4.7 out of 5
6 customer ratings
How does Amazon calculate star ratings?
Amazon calculates a product’s star ratings based on a machine learned model instead of a raw data average. The model takes into account factors including the age of a rating, whether the ratings are from verified purchasers, and factors that establish reviewer trustworthiness.
Top reviews

kyproff
5.0 out of 5 stars Great second book in series
Reviewed in the United States on February 11, 2013
Verified Purchase
Found the first book at a used book store & left it sitting for over a year to read it. Absolutely loved it & immediately bought the second book on my Kindle. It did not disappoint. This book has everything, romance, mystery, action and about halfway thru the book couldn't put it down a real page turner! Now I'll be buying the third. So happy I found this series and can't believe they are not more popular. What a hidden gem!
Read more
One person found this helpful
Helpful
Comment Report abuse

Star
4.0 out of 5 stars Mind Games
Reviewed in the United States on October 19, 2012
`Mind Games' is the direct sequel `Game Over' and picks up right after the events in `Game Over'. Hawk is free, but stuck in Nick's body, River has learned who she truly is, and now they're on the run from the authorities based on false accusations from someone who wants River desperately - as a lab rat. Now they are discovering Nick had some very unsavory connections and his soul is now trapped with the Dark Lord's. Nick is also playing dirty pool to try to get his body back from Hawk. Meanwhile, back on the Guardian home planet, Hawk's friend and researcher is trying to plead the case to keep Hawk in cryo-stasis for a while longer. River's also desperate, not to clear her name, but to free the trapped souls she felt while in the lab setting in the game. They're out there in real life and she needs to set them free to find peace. However, her combined Fae and Guardian powers are starting to wreak havoc on her and she needs guidance.

`Mind Games' is a story which moves along quickly because the foundation was laid down well in `Game Over' (a must read prior to picking up `Mind Games'). The author has written a story full of twists and turns along with unexpected surprises. Also, the forbidden relationship between Hawk and River heats up intensely. Even back in the `real world', Hawk and River are a formidable team. `Mind Games' is well-written and the story flows along seamlessly from `Game Over'. Sometimes the first book in a series is excellent and the second book doesn't live up to the first, but this is not the case here. The author has kept the level of writing just as high as in the first book. I was excited as the author unveiled even more of the truth behind the secrets and lies, the action ramped up, and the book came to a spectacular end which will leave you begging for the next book in this series.

Renee Field
5.0 out of 5 stars Mind Games - You can't put it down
Reviewed in the United States on June 5, 2011
Mind Games by Taylor Keating
Page after page of twists and sub plots will keep you up all night reading
When the real world is worse than a virtual world, it has River Weston almost wishing she was trapped with the evil soulless Dark Lord once again. However, since River seems to attract nothing but trouble in either world she's a gal who learns to cope. Getting pinned for murderous crimes on her home planet means she's once again on the run, with Guardian, lover and Fey teacher Chase Hawkins, commonly called Hawk.

Hawk isn't Fey but he's had more experience with them than River, so she has no choice but to trust him. Back on his home planet, Hawk's body, still trapped in a cryogenic state because he volunteered for the extended mission, starts to falter. And that has the Guardian Council wanting to pull the plug on him. At least one of Hawks' friends believes in fighting for his life, but even he might not save Hawk in the end.

To top that off, Nick, River's ex-boyfriend is trapped with the Dark Lord and he's able to invade Hawk's dreams. Making matters more personal, River feels obligated to free the Fey souls trapped in the strange graveyard. Her journey enables her to learn more about her combined Fey-Guardian heritage and trust in her own powers.

The pace Taylor Keating creates for the reader will leave you breathless and wanting more. Page after page something new, consuming and imagination-filled grabs you. Thank goodness Hawk and River finally have sex because this reader was going to kill the writer if the almost but not quite tantalizing sexual tension between them didn't get fulfilled.

I loved the twists, turns and sub-plots of this story, and the ending will make you twitch to get your fingers on the third book in this series. This is the sequel to Keating's first Game Over, TOR publication and I can't wait to read more. To learn more about Keating check out [...]
Read more
One person found this helpful
Helpful
Comment Report abuse
See all reviews from the United States