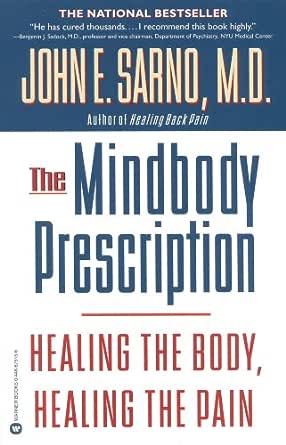 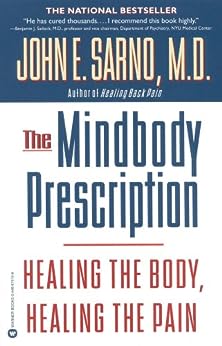 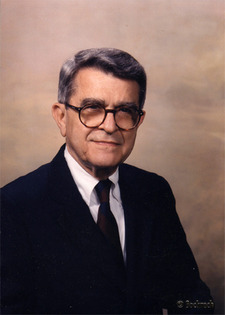 Dr. John Sarno caused quite a ruckus back in 1990 when he suggested that back pain is all in the head. In his bestselling book, Healing Back Pain: The Mind-Body Connection, he claimed that backaches, slipped discs, headaches, and other chronic pains are due to suppressed anger, and that once the cause of the anger is addressed, the pain will vanish. Relieved Amazon.com readers call this book "liberating" and say "it sounds too good to be true, but it is true." Sarno has returned with The Mindbody Prescription, in which he explains how emotions including guilt, anxiety, depression, and low self-esteem can stimulate the brain to manufacture physical symptoms including fibromyalgia, repetitive strain injuries, migraine headaches, hay fever, colitis, ulcers, and even acne. If these psychosomatic problems all sound a little Freudian, what with the repression of emotions in the unconscious, it's because Sarno unapologetically borrows from Freud for the basis of his theory and cites childhood trauma as a major source of emotional problems. He also says that his program is a "talking cure" of sorts, since patients must be convinced their pain is rooted in their emotions before healing can begin.

The book reads a bit like psychology text, with Sarno quoting from psychoanalytic theorists including Heinz Kohut and Graeme Taylor and the DSM-IV (Diagnostic and Statistical Manual of Mental Disorders, Fourth Edition). Sarno walks through the neurophysiology of mindbody disorders, lists the symptoms of dozens of disorders that he believes are emotion-based, and offers a basic program for overcoming psychosomatic pain and illness. His recovery plan includes meditation and sometimes psychotherapy, including behavior modification, and stopping any medication or physical therapy. While Sarno's ideas seem radical, they were commonly implemented earlier in the 20th century, when psychoanalysis was at its peak of popularity, and they promise to become more accepted in our current era of alternative medical therapies and anger management. --Erica Jorgensen --This text refers to an alternate kindle_edition edition.

"My life was filled with excruciating back and shoulder pain until I applied Dr. Sarno's principles, and in a matter of weeks my back pain disappeared. I never suffered a single symptom again....I owe Dr. Sarno my life."―Howard Stern --This text refers to an alternate kindle_edition edition.

John E. Sarno, M.D., is a professor of Rehabilitation Medicine at the New York University School of Medicine. He has been practicing medicine since 1950. He is the acclaimed author of three earlier books on musculoskeletal pain. --This text refers to an alternate kindle_edition edition.
Read more