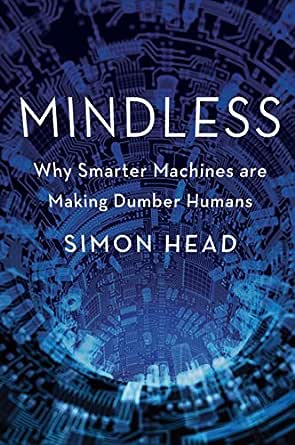 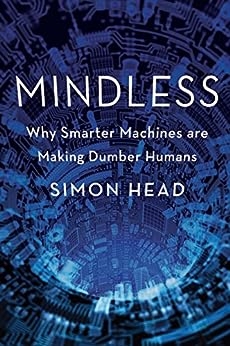 <div>Simon Head, a Senior Fellow at the Institute for Public Knowledge at New York University and Senior Member of St. Antony’s College at Oxford University, serves as the Director of Programs at the New York Review of Books Foundation. He divides his time between Oxford, England and New York.
</div> --This text refers to an alternate kindle_edition edition.

<div>New York Review of Books
"[An] arresting new book... Head offers a powerful indictment of contemporary Anglo-American Capitalism... He brilliantly translates ideas remote from the experience of most people into everyday language... [and] deconstructs and demystifies the pseudoscientific, abstract, jargonized language of management studies in order to reveal the dispiriting realities it obscures."

Kirkus Reviews, Starred Review
“A dark, revealing view of computerized control and monitoring of the workplace… A sobering, important book.”

Richard Sennett, author of Together: The Rituals, Pleasures and Politics of Cooperation
“The regimented society has arrived, and Simon Head is its most probing critic. He not only shows the grip of computerized bureaucracy on people’s lives, he also analyzes the economic interests and political processes which drive regimentation. This wide-ranging book is clearly and at times eloquently written. A must-read.”

Robert Skidelsky, author of Keynes: The Return of the Master
“With insight and clarity, Simon Head describes the insidious effects of combining scientific management with IT systems and its propensity to create a world of top-down control, where workers are stripped of skills and satisfaction in their work. His fascinating account ranges from Walmart and Amazon’s tightly controlled supply chains to Goldman Sachs’s manipulation of sub-prime mortgages. In doing so he shows how the drive to automate human abilities and increase profits has depressed wages and undermined economies.”

Paul Duguid, co-author of The Social Life of Information
“The world abounds in enthusiastic technologists offering their vision of the ideal, democratic future to which technology will deliver us, if only we are willing to follow. Simon Head’s penetrating Mindless, with its well-chosen and impressively unpredictable case studies of Computer Business Systems in the workplace, the military, and academia, gives us reasons—and the tools—to question such advice. Importantly, Head shows us that the future is not inevitable. We have choices, and for the good of society we need to make them.”

Avner Offer, Chichele Professor (emeritus) of Economic History, University of Oxford, and Fellow of All Souls College
“Simon Head’s penetrating and eloquent book shows how mass surveillance is already manipulating employees in business. Are citizens next? It provides clues about where government surveillance is heading—or maybe we are already there.”
</div> --This text refers to an alternate kindle_edition edition.

4.5 out of 5 stars
4.5 out of 5
12 customer ratings
How does Amazon calculate star ratings?
Amazon calculates a product’s star ratings based on a machine learned model instead of a raw data average. The model takes into account factors including the age of a rating, whether the ratings are from verified purchasers, and factors that establish reviewer trustworthiness.
Top reviews

Johnny Von Roadblock
5.0 out of 5 stars Broad view of the consequences of modernity
Reviewed in the United States on May 7, 2014
Verified Purchase
As an IT consultant I see the effects of automation on not only the unskilled workforce but also on the white collar world. This book gives a unique look at the consequences of our modern world. Hard work, education, and ambition may no longer be guarantees of success. Blake's "dark satanic mills" are being replaced by the fluorescent lit cubicles.

I've always been a die-hard capitalist but this book gives the best justification yet for some form of wealth redistribution in our society for the sake of capitalism itself. The author points out that Henry Ford was perceptive enough to raise wages in Ford's factories in order for the workers to afford automobiles. Without this type of income/wage reform at a national level, capitalism will not have the markets to sustain itself. It is in the best interest of capitalistic societies to adopt some wealth reallocation tenets of socialism.

The author also has some very interesting comparisons of the command economies of the Soviet and Chinese to the command and control hierarchies of British academia.

Peter Lydon
5.0 out of 5 stars Understand our society and our future better!
Reviewed in the United States on August 9, 2015
Verified Purchase
This is a bad title, but a really good book. Serious and penetrating thinking on modern society by an Englishman who sees well the problems created by hyper-rationalized late industrialism and the immense capacities of computers and modern communications. Our problems of social inequality and of structural and growing unemployment are deeper than we think, and Simon Head is far ahead of the crowd in understanding them. To his credit, he proposes no facile but useless remedies. This book should be getting wider distribution and commentary than it has received. Read it after you've read Piketty.
Read more
2 people found this helpful
Helpful
Comment Report abuse

Jeffery Berry
3.0 out of 5 stars Doesn't make his case so strongly
Reviewed in the United States on May 14, 2014
Verified Purchase
I appreciated an interview with Simon Head on this subject much more so than the book. He doesn't make his case that strongly. But reading this in conjunction with some other recent works I've read by Matt Taibbi (The Divide) and Michael Lewis (The Flash Boys) and Dubner & Levitt (Think Like a Freak) it seems like a fitting essay on the misuse of automated "thinking" machines. It's not so much that they are making humans dumber, as dumb humans (or, probably more accurately, intellectually lazy humans) are relying too much on programs to make decisions for them.
Read more
2 people found this helpful
Helpful
Comment Report abuse

Marion Loewenstein
4.0 out of 5 stars My grip after again reading about conditions at the workplace
Reviewed in the United States on May 23, 2014
Verified Purchase
Excellent: May I refer you to chapter 2 "Wallmart and Amazon"..thisinformation was known to me.However, reading it again is unbelieveable., You treat your customers well and very creatively, but what about your staff , workers etc. You need to be more respectful, caring . This is after all the united states of America...these folks have aright to a good life as well. There are some of us who will not buy under these current circumstances. So please do something!!!!!!!!!!!!!Mhl
Read more
3 people found this helpful
Helpful
Comment Report abuse

Kellie Morrill
5.0 out of 5 stars Buy it elsewhere
Reviewed in the United States on July 13, 2015
Verified Purchase
The book is great, but don't buy it from Amazon. There is an entire chapter dedicated to the unethical treatment of Amazon employees in fulfillment centers. I found it odd that a book exposing this got mysteriously "held up" for three weeks less than 10 miles from my house during shipping. I purchased through Barnes and Noble with no problems so that I could finish my school work related to the reading.
Read more
5 people found this helpful
Helpful
Comment Report abuse

Wikileaker
4.0 out of 5 stars misleading subtitle
Reviewed in the United States on November 12, 2018
This book is about the pervasive use of Computer Business Systems by managers in globalized corporate behemoths to micromanage their workforces and bully those workforces to meet ever-greater, indeed near impossible, performance goals.

CBSs permit management at all levels to track in real time the performance, indeed every single action, of every employee in their organizations. Head describes this as "digital Taylorism". Frederick Taylor was a management theorist/researcher famous for his "time and motion studies" during the 1880s and 90s that resulted in the now-pervasive science of "business process" and its strict control (micromanagement) of production workers' every action. This also has to do with the standardization throughout industry of the moving assembly line pioneered by Henry Ford in the early 20th century. Before the assembly line, manufactured products were made by skilled craftsmen who used their judgment to decide how best to accomplish their work. After their work was Taylorized by the automated systems of the assembly line, they became "de-skilled" as their work actions became scripted by engineering professionals who decided how the work was best accomplished. In other words, there was only "one right way" to perform any work action, and the former craftsmen were given no choice obey in the prescribed, quantified manner.

Head makes the case that there is a profound difference between then and now. Digital data collection systems and transcontinental computer networks permit today's managers to vastly expand the range of business processes that can be micromanaged in real time. More and more processes (employee actions) can be quantified and subjected to objective scoring algorithmically, without benefit of human subjectivity. No less important, today it is not only blue collar labor that is subject to Taylorism. Today an ever-expanding range of white collar professions and their workers can be monitored and scored by automated systems. And these automated systems, CBSs, are programmed and operated by engineering "scientific managers" that often have little or nothing to do with the business processes being Taylorized. The workers who must labor under the yoke of these inhuman systems (computers plus soulless corporate executives/managers) have absolutely no relief and no recourse but to continue suffering this tyranny.

Head includes a chapter showing how these systems in the hands of Chinese communists with spur a "business arms race" with Western corporations that are forced to compete with them in the global marketplace.

On a lighter note, these ideas are somewhat similar to those presented in the hilarious Yes Men video, featuring the "Executive Business Suit" which contains a penis-like appendage that unfolds when the suit is opened. Its head presents the exec with a television screen giving him a real-time presence in faraway manufacturing sweatshops, affording him the ability to discipline underperforming employees nearly effortlessly (which makes it all so much more fun!)

Anyway, back to Mindless. I give the book four stars overall because it's got alot of good info on topics not many other writers are taking up. However, the book isn't what I was expecting from its subtitle. That should read "The digital de-skilling of America's micromanaged workforce". It isn't about our people getting dumber. So I was expecting something more like The Shallows, or Andrew Keen, or that article called "Is Google Making Us Stoopid". Just be aware this book is about what is happening to our workforce by our globalized corporate overlords.