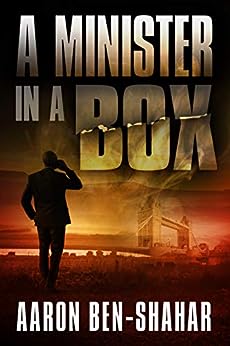 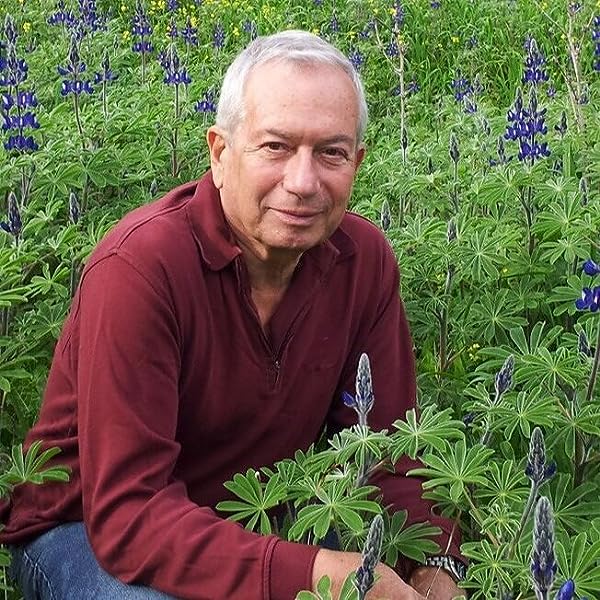 A Minister in a Box: International Crime Thriller Kindle Edition

by Aaron Ben-Shahar (Author) Format: Kindle Edition
See all formats and editions
Sorry, there was a problem loading this page. Try again.

When a Mossad agent pursues you, you should know that there is no safe place to hide

In an African country, a corrupt minister has stolen 2.3 Billion US Dollars and fled the country. A new president turns to a Mossad “fixer” – now retired and offers him 10 million dollars to have the former minister found and brought back, no matter what and how!

This “fixer" puts together a team of three experts, comprising of one head of a mafia organization, one former intelligence agent and an anesthesiologist. They locate him in London and are now planning the best way to kidnap him without getting noticed. To do so, they decide to put the minister in a special box, storing him in the cargo of the plane and flying him back.

Though their plan is seemingly flawless, not everything goes according to plan. The clock ticks and when the problems begin to pile up, the pressure on the special team begins to increase. With the authorities on their tail, they will do everything to escape unscathed.

"I just finished reading this book, and I have no words to express how much I loved it. It's fascinating, cleverly written and sophisticated. A real suspense thriller. Not only was it highly enjoyable, my hat is off to the author for his thorough research. The details make for such a comprehensive and credible narrative." - Ruti Ben Shaul, Writer and editor

"A highly interesting and exciting book complete with an in-depth research throughout. It kept me in suspense all the way to the end." - Dalia Magnet, author and poet

My inspiration for writing this book came from the fact that sometimes, reality far exceeds all imagination. Three Israelis kidnap a former minister of an African country in broad daylight on a main London street. Then, they have him sedated and lay him over a gurney inside a box in the middle of an airport in London, right next to a cargo plane that is ready to take off at any moment. They are stopped short by sheer coincidence. As the defense attorney for the head of that team of abductors, it was clear to me this plot will turn into a book in which fantasy and fact rival one another.

Attorney at law Aaron Ben Shahar was born in Tel Aviv Israel and gradated the Hebrew Reali School's IDF Junior Command Preparatory School at Haifa - a highly renowned and prestigious establishment, among whose alumni are senior IDF commanders. Ben Shahar served as an officer at Golani Brigade and at the IDF Armored Corps, achieving the rank of a Captain. He then earned his first degree in International Relations at the Hebrew University in Jerusalem as well as Law at Tel Aviv University. After his graduation from the Hebrew University, Ben Shahar served in highly sensitive positions at the GSS, Israel’s General Security Service, after which he started his own law practice.

Michael Blumenfield, M.D.
5.0 out of 5 stars Excellent Thriller
Reviewed in the United States 🇺🇸 on March 30, 2019
Verified Purchase
This is an exciting adventure story that goes back and forth mostly between Jeronti, a small African nation, England and Israel. There are secret agents, some who had been very high up in the Mossad, as well a head Mafia guy, There is even an anesthesiologist who will keep the man in the box sedated as he is kidnapped in a most daring caper. At times I had difficulty keeping track of the characters, as their names were unfamiliar ones. But that did not stop this from being a page turner. Bookrap.net
Read more
2 people found this helpful
Helpful
Report abuse

John G
3.0 out of 5 stars Slow paced so far
Reviewed in the United States 🇺🇸 on August 27, 2019
Verified Purchase
Jury is still out on this book, about 70 pages in, rather slow with too much background. Stopped at inaccuracy. The character (a Israeli) had rules that he was going to follow, rule 5 “Always plead the Fifth”. This is a US amendment, story takes place in Israel.
Read more
One person found this helpful
Helpful
Report abuse

Loren Wordsmith
1.0 out of 5 stars Not worth the struggle
Reviewed in the United States 🇺🇸 on April 17, 2020
Verified Purchase
A Minister in a Box: International Crime Thriller should be retitled to A Minister in a Box: International Crime Borer! First, the author, Aaron Ben-Shahar, occupied the first 49% of the book with endless unnecessary details to set the plot. Even C. S. Lewis was not that longwinded! Even worse, this book is a perfect example of the reasons why one should not try to write a book in a foreign language, using the grammatical and sentence construction rules of his own. Especially when the two languages are so different. For example, Hebrew (obviously, the author’s native tongue) has no verb tenses, while English has at least six tenses, plus voices and moods and other such parts. The author’s ignorance of these is obvious, as he mixes them with abandon, hopelessly confusing the reader. I rarely fail to finish a book, but a little over halfway through, I decided finishing this one wasn’t worth the struggle and frustration.
Read more
Helpful
Report abuse

Dale Naylor
4.0 out of 5 stars Intrigue and adventure
Reviewed in the United States 🇺🇸 on April 21, 2019
Verified Purchase
A lot of interesting characters and action for a good read. I finished with two disquieting thoughts about the story. Enjoy.
Read more
One person found this helpful
Helpful
Report abuse

JAE/CME
3.0 out of 5 stars Sloppy
Reviewed in the United States 🇺🇸 on November 20, 2019
Verified Purchase
Poorly edited and apparently not spell checked at all.
Extremely unsatisfying as to the conclusion and no resolution as to what happened to the minister in the box.
Read more
Helpful
Report abuse

JohnH
3.0 out of 5 stars Interesting Concept
Reviewed in the United States 🇺🇸 on July 12, 2019
Verified Purchase
Personally, I would rather have seen a made for tv movie. The writing is ordinary, makes for a quick read. Interesting but impractical concept
Read more
Helpful
Report abuse

linda albritton
5.0 out of 5 stars Ronnie A.
Reviewed in the United States 🇺🇸 on December 22, 2019
Verified Purchase
This book started slowly but made up for it with its story line and plot. I enjoyed it very much,if you do then you should tryBaby Blue by Lloyd Albritton...
Read more
One person found this helpful
Helpful
Report abuse
See all reviews

Ocean Vastness
5.0 out of 5 stars An international plot entanglement
Reviewed in the United Kingdom 🇬🇧 on February 11, 2019
Verified Purchase
The fast moving story Africa-Israel-Central America-London doesn't stop for a minute. It is exciting breath-stopping and most unexpected. The most extraordinary thing about it is that the goodies are not real goodies and the same as for the baddies. This is why it is impossible to know how all this entanglement will end. Excellent!
Read more
Report abuse

Tal Gat
5.0 out of 5 stars Great story
Reviewed in Germany 🇩🇪 on May 7, 2019
Verified Purchase
Very well written, easy reading. When fiction and reality come together. Guaranteed time will fly when you read this book
Read more
Report abuse