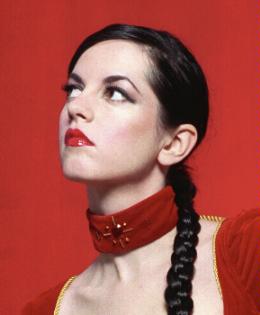 “I was seduced by Cynthia Von Buhler's artwork. She is a wonder." - Neil Gaiman

"A bold and extravagant graphic novel. A tale of murder and revenge that weaves fantasy into fact to dazzling effect ... a visual feast" - Nudge Books

"An interesting, twisty, pulpy graphic novel with a lady detective “undercover” in the magical and dangerous world of Houdini" - BookRiot

"The blend of the true and the fabricated is artfully drawn into an impressive tale of 1920s debauchery, fraud, celebrity, and spectacle … A truly unique story” - BORG.com

“I’ve never read a comic like this…The art is stunning. 10 out of 10” - Geeks Worldwide

“Sexy and spunky…I don’t think that I can speak highly enough of this book.” - Dorkland

"Loved it. The art was stunning!" - Comic News Insider

“OK, this may be the best title I’ve ever seen.” - Eye on Comics

"Unique, interesting with some amazing pieces, Minky Woodcock will have you hungry for more!! I cannot wait for the next instalment" - Rogue's Portal

“In a kinky world of spiritual mediums…[Minky] is its uncontested star.” - Comicon

“I love this art!” - Major Spoilers

“Quite remarkable…you really can’t say that anyone out on the market today is putting out as visually stunning and exceptionally colored comics as Von Buhler.” - Outright Geekery

"Snappy and sassy ... the art captures the 1920s style wonderfully while the well-paced script ratchets up the tension" - Real Crime Magazine

"Filled with the most beguiling artwork ... Seances, magic and fantasy all wrapped up into one book ... I highly recommend this book" - Celtic Lady Reviews

"A revelation ... elevates the comic book form in a way that will be subtly felt over the coming years" - 411.com

"Clever, daring and vivacious ... something to be savoured as a hardback and read over again. A perfect gift" - Crime Fiction Lover

"A fascinating story that weaves together historical fact into a dynamic, suspenseful crime drama" - Geek Dad

"A gloriously witty, touching and very beautifully produced book ... Whether one is fascinated by Houdini himself, or discovering for the first time the spells cast by Cynthia von Buhler, The Girl Who Handcuffed Houdini is a possession to treasure" - Historical Novel Society

Cynthia Von Buhler aka Countess von Buhler is an American artist, performer, playwright and children's book author. Hailed by the press as "multitalented and eccentric" (Boston Globe), a "rising star," (NY Arts), and "one of the top contemporary surrealists" (Art & Antiques), Cynthia von Buhler has made a name for herself as an award-winning and critically acclaimed fine artist, author, and illustrator. Von Buhler's work has been likened to a trip down an ornate rabbit hole -- her stunning, three-dimensional paintings have been displayed in galleries and museums around the world, and have been reproduced and featured in books, magazines, and newspapers from TIME to The New Yorker. Her sculptures have also appeared on NBC's Law & Order and Kidnapped, she and her artwork were profiled in "Mary Magdalen: An Intimate Portrait" on the Lifetime Network. Von Buhler's artwork has appeared in animations on Nickelodeon. Her comic work includes Evelyn Evelyn: A Terrible Tale in Two Tomes with Amanda Palmer and Speakeasy Dollhouse: The Bloody Beginning.