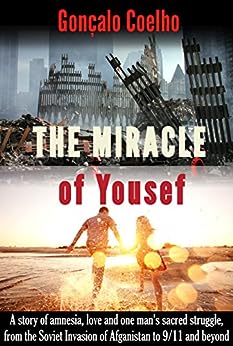 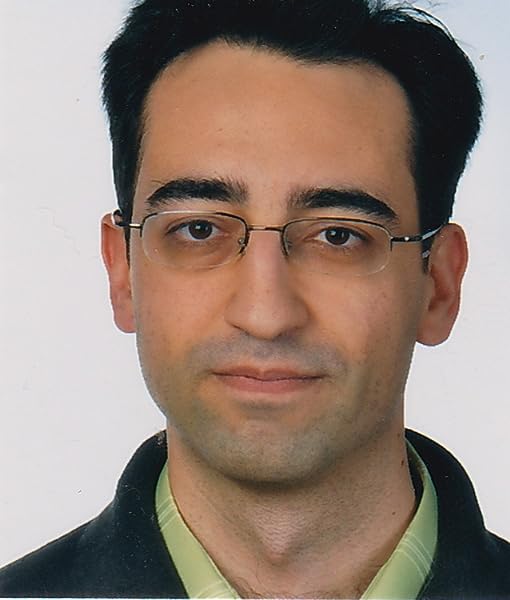 The Miracle of Yousef: A love inspired historical novel or the story about one man's sacred struggle Kindle Edition

ENGLISH VERSION Gonçalo Coelho was born in Oeiras, Portugal in 1978. He lived in the cities of Lisbon and Oporto in Portugal, Brighton in the UK and São Bento do Sul in Brazil. Currently he resides in Berlin, the German capital. These experiences fill in his literary space characterized by cultural diversity and a willingness to provide readers with different perspectives and facets of the world we live in. He graduated wtih the degree of Master of Mechanical Engineering from the University of Sussex in 2000 but remained forever faithful to his passion for literature. In 2008 he published his first novel entitled Poker. He has published short stories and several articles for the portuguese press. The Miracle of Yousef is his second novel and the first yet to be translated to English. --This text refers to the paperback edition.

THREEKAY
4.0 out of 5 stars Victory of Love Over Passion
Reviewed in the United States on June 27, 2016
Verified Purchase
The author, a Mechanical Engineer by education has chosen writing as a profession through his passion for literature. Basically born in Portugal, in 1978, he lived and travelled across the world to experience the cultural diversity and different facets of the world we live in. This book is his second novel which has been translated from Portuguese to English. The first one is entitled Poker.

Mohammad Yousef, a young boy who is driven by his passion always, from Jeddah, Saudi Arabia, is identified by Sheikh Omar, a wealthy businessman cum patron of the pro-Islamic extremist group, to carry on the various missions of terrorist attacks on American and other Western civilizations. Yousef is imbibed with hatred against the Americans for having forcefully occupied the Muslim geographical regions just like the Soviets in Afghanistan, resulting in countless innocent deaths of his Muslim fraternity. He becomes a Mujahideen against the Soviets in Afghanistan and later pulled into Al-Qaeda led by Osama Bin Laden against the entire Western civilization. He adopts various identities in different parts of the world to carry out his meticulously planned terrorist attacks under the guidance and help from Omar. Meanwhile, he marries his friend’s fiancée and lives under cover until the dreaded New York Twin Tower attack. She later is killed by Omar as Yousef is too much involved in family life ignoring his mission. Her death results in Yousef’s outrageous behavior in carrying out terror attacks more aggressively. But, one day during his narrow escape from FBI, he gets ship-wrecked in the Mediterranean and slips into amnesia forgetting his past. He lands up in a small island in Turkey where he falls in love with Nefisa, the daughter of the person who saves him. By the time his memory comes back to him, he is captured by the Turkish police and jailed for 6 yrs. He escapes from jail only to be again kidnapped by Omar and his gang along with Nefisa, who is now adamant to accept Yousef as her terrorist lover. Yousef tries to convince Nefisa that he is now a changed man and repents for all that he had done as an Islamic terrorist, pleading innocence due to misguidance and wrong interpretation of Islam by his mentor Omar. Finally at the time when he refuses to blow up the Marmaray tunnel of Turkey, opposing Omar’s orders and just at the time of winning back Nefisa’s love and trust, he loses his life in the hands of a stranger shot dead point blank as a revenge for the death of her loved one in one of the terrorist attacks planned and executed by Yousef, long back.

Pros: An exquisite piece of literature by the author truly portraying the emotions of a young, passionate Muslim lad on one side and a different set of emotions in the second half as a totally changed man in the hands of pure love and total understanding of true Islam. Yousef, a classic example of how one can be mis-guided in the name of religion, only to realize later the countless crimes committed under ignorance and trance. The author successfully elicited the fact that one is brought to justice at the end for all the crimes done knowingly or unknowingly. The sentiments of Muslims have been well protected in this novel, highlighting the life story and best of the teachings of Prophet Mohammad. The Soviet and American dominance in military warfare and political interference in the Muslim countries have been well criticized, tactically.

Cons: I somehow felt that the author portrayed Muslim women as those who want to break away from their orthodox traditional lifestyle and liberate themselves into total freedom like in the West. I don’t think this is true always as the values and traditions of a religion are carried forward more by the acceptance of womenfolk of the community.

My favourite quotes in the book:

“ War feeds war, hatred feeds hatred, violence feeds violence, greed feeds greed. The only way to foster peace is through peace itself. Two wrongs don’t make a right, but rather a greater and more dangerous wrong”

“Passion and Love. The intensity of passion is not linear, but don’t give that too much importance. This vigorous clamor of the flame of passion will not always stay the same, but love will. Love is beyond that flame, it’s what remains after it. It’s what you start to feel once the flame of passion gives way to the soft breeze of love”

My rating is 3.75 out of 5
Read more
Helpful
Report abuse