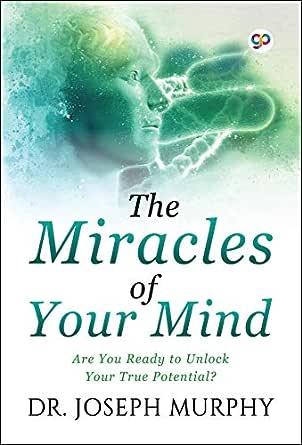 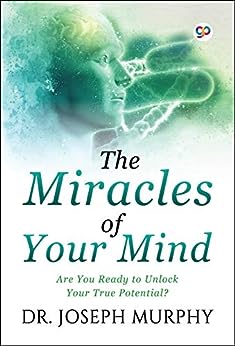 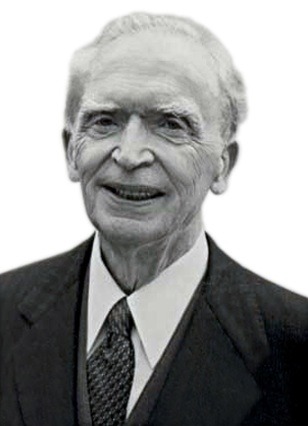 The Miracles of Your Mind: Are you ready to unlock your true potential? Kindle Edition

Dr. Joseph Murphy has been acclaimed as a major figure in the human potential movement. He was one of the best selling authors in the mid-twentieth century. With thirty books to his credit, his most notable, The Power Of Your Subconscious Mind, has sold millions of copies and has been translated into seventeen languages. Dr. Murphy wrote, taught, counseled, and lectured to thousands of people all over the world as Minister-Director of the Church of Divine Science in Los Angeles and through his daily radio program. --This text refers to an alternate kindle_edition edition.

4.5 out of 5 stars
4.5 out of 5
822 global ratings
How are ratings calculated?
To calculate the overall star rating and percentage breakdown by star, we don’t use a simple average. Instead, our system considers things like how recent a review is and if the reviewer bought the item on Amazon. It also analyzes reviews to verify trustworthiness.
Top reviews

Mark T. Brody
5.0 out of 5 stars Life changing book, as long as you do the exercises
Reviewed in the United States on January 7, 2019
Verified Purchase
This isn’t a “read it once and forget it” kind of book. It’s a book that should be treated as a workbook, that you refer to constantly. The affirmations need to be practiced daily, night and day for at least 60-90 days. If you do them religiously, this book will be life changing for you. If you don’t do them regularly, you’ll likely stay in the same place you are right now.

Do the exercises, read the book over and over again, and I’m telling you, AMAZING things will start to manifest!

Michael Holden
4.0 out of 5 stars Repeatitive
Reviewed in the United States on October 28, 2017
Verified Purchase
After reading the book "The Power of the Subconsious Mind", I became fascinated with Joseph Murphy. However, much of what was written in this book was also written in his other books. I gave it 4 stars only because I believe that repitition is the mother of skill, but if you have read his other books, you have pretty much already read this one too.
Read more
36 people found this helpful
Helpful
Comment Report abuse

Michael W. Powell
5.0 out of 5 stars The Subconscious Mind is Truly Powerful
Reviewed in the United States on December 6, 2019
Verified Purchase
I’ve always had visions or dreams about living a wonderful life and I was confused and became frustrated on why my dreams and visions weren’t coming to fruition. I was searching YouTube about dreams and that’s when I learned about Dr. Murphy and his teachings about the subconscious mind. I was blown away by the wealth of knowledge he was teaching because I definitely wasn’t taught about the subconscious mind at the church I attended as youth or the educational system I was indoctrinated in. The Miracles of the Subconscious Mind has helped me understand why so many of dreams and visions didn’t come to fruition. Now that I understand what’s going on I have a whole new perspective about my life, the dreams and visions that I continue to have. I highly recommend this book !!
Read more
7 people found this helpful
Helpful
Comment Report abuse

Gitta K.
5.0 out of 5 stars Book has 94 pages not 272
Reviewed in the United States on January 24, 2017
Verified Purchase
Wonderful book but misseepresented or simply a mistake was made. The book has 94 pages not 274. Amazon correct this mistake now please! Other than that I still love the book. The fact that it is tiny makes it easier for me to take it with me, if I want. Dr Murphy is my hero. And I will try to collect all of his books.
Read more
25 people found this helpful
Helpful
Comment Report abuse

Betty J. Groblebe
5.0 out of 5 stars Fantastic book!
Reviewed in the United States on November 20, 2014
Verified Purchase
This is a wonderful book, everyone should read it, I know that it has really answered a lot of questions for me and what I have done to my life that can be gotten rid of, it is amazing how we get our lives messed up by what we are told and what we believe that is true and it isn't. I wish Joseph Murphy was still around as he was wonderful in explaining things, I feel like I am turning into a new me or at least the one I was is on it's way out.
Read more
19 people found this helpful
Helpful
Comment Report abuse

James Rogers
5.0 out of 5 stars This is the real deal.
Reviewed in the United States on February 25, 2015
Verified Purchase
This book will tell you why the power of positive thinking isn't working for you and what you need to do to get better results. Joseph Murphy is pretty darn sharp.
Read more
24 people found this helpful
Helpful
Comment Report abuse

The Doer
5.0 out of 5 stars Great book
Reviewed in the United States on February 22, 2015
Verified Purchase
This is excellent reading. I read it at night before going to sleep and it has helped me achieve my goals. The exercises suggested really work.
Read more
16 people found this helpful
Helpful
Comment Report abuse

kelly quinnine
5.0 out of 5 stars Great Reminder
Reviewed in the United States on August 9, 2018
Verified Purchase
This book is a great reminder of how powerful we really are. I used the wealth building technique and manifested $2500 in two days.😀
Read more
4 people found this helpful
Helpful
Comment Report abuse
See all reviews

Charlene R
5.0 out of 5 stars Excellent
Reviewed in the United Kingdom on September 15, 2018
Verified Purchase
I have read many of Joseph Murphy's books and have never been disappointed.This book is clear and concise and gives you very simple ,practical guidance on how to draw what you want into your life. Try out the techniques and see how your life unfolds.whilst reading the book I realised that I have been practising many of his ideas for sometime and getting great results.The chapter on fear resonates with me in particular.We all have our own very personal fears,I have spent countless sleepless nights fearing and feeling terrified of certain situations In my life.Then just one change of thought in the opposite direction pops into my head and before you know it I'm talking myself into peace and love and a strong belief and feeling that everything will turn out just fine.And guess what it always does ,with one easy switch of thought and most importantly feeling the good vibes.read it and honour it's methods.
Read more
19 people found this helpful
Report abuse

KindleReader2015
1.0 out of 5 stars Utter tripe
Reviewed in the United Kingdom on December 28, 2018
Verified Purchase
If like me you are an atheist and believe in science, facts and what can be proven, then don't waste your time on this book, it is filled with the preachings of "healing prayer" and other c-r-a-p. I found this book infuriatingly wrong. You cannot think pain away. Pain is a very real thing and you can't just decide it's going to go away. Honestly! How did this garbage get published? What absolute, utter tosh this book is.
Read more
8 people found this helpful
Report abuse

A. M. Tomaszewska
5.0 out of 5 stars Helped me perform my own miracle
Reviewed in the United Kingdom on January 2, 2020
Verified Purchase
After year's of suffering from IBS and no medical solution, I took responsibility for healing myself, although there are still symptoms present, I am realising the triggers and able to take preventative action and change to alleviate and heal. It's a learning process but I am confident after reading this book.
Read more
4 people found this helpful
Report abuse

David
5.0 out of 5 stars A must read for anyone exploring the meaning to LIFE!
Reviewed in the United Kingdom on January 9, 2018
Verified Purchase
I have read many books of Joseph Murphy and wished I read them in my twenties, and avoided a lot of the mistakes I made over the years! A must read for anyone exploring lives meaning?
Read more
11 people found this helpful
Report abuse

Deborah
3.0 out of 5 stars Good book
Reviewed in the United Kingdom on October 22, 2018
Verified Purchase
Although most of this is already explained in the power of your subconscious mind by the same author. Good information is always worth reading more than once
Read more
8 people found this helpful
Report abuse
See all reviews