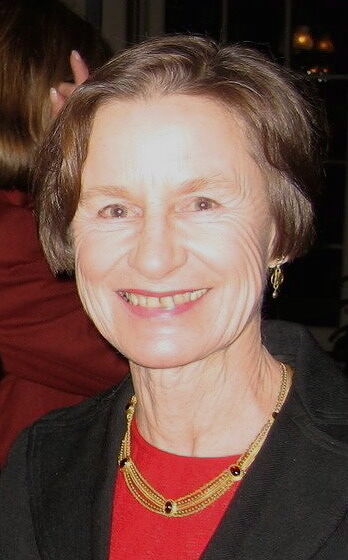 by Emily Arnold McCully (Author)
4.8 out of 5 stars 175 ratings
See all formats and editions
Sorry, there was a problem loading this page. Try again.

One day, a mysterious stranger arrives at a boardinghouse of the widow Gateau—a sad-faced stranger, who keeps to himself. When the widow’s daughter, Mirette, discovers him crossing the courtyard on air, she begs him to teach her how he does it.

But Mirette doesn’t know that the stranger was once the Great Bellini—master wire-walker. Or that Bellini has been stopped by a terrible fear. And it is she who must teach him courage once again.

★"Mirette makes an enviable and plucky heroine; young readers will want to pull on their own high-button boots and join her as she dances between the rooftops." --BCCB, starred review

Emily Arnold McCully was born in Galesburg, Illinois, and grew up "a daredevil child," always climbing trees or buildings. She made it to college intact, however, and received her B.A. from Brown University and an M.A. in art history from Columbia University.

Emily McCully's artwork has been included in the International Biennale at Bratislava, and she has won a Christopher Award for Picnic, one of the many picture books that she has both written and illustrated.

Writing also for adults, Ms. McCully has received grants from the National Endowment for the Arts and New York State Council on the Arts. Her book, A Craving was nominated for an American Book Award.

The idea for Mirette on the High Wire began as a biography of real-life daredevil Blondin. But the author changed her mind to accomodate the tree-climbing child and risk-taking adult she was and is.

Start reading Mirette on the High Wire (CALDECOTT MEDAL BOOK) on your Kindle in under a minute.

Emily Arnold McCully was born in Galesburg, Illinois. She was a dare-devil tree-climber and ball-player who loved to write stories and illustrate them. Her family moved to New York City and then to a suburb, where she attended school. After college at Brown University, she earned a Master's degree at Columbia University in art history. She worked as a freelance illustrator for magazines, advertisements and book publishers until a radio station commissioned a series of posters showing children playing. The first appeared in subway cars, where it was seen by a children's book editor. It launched a long career, first as an illustrator, then as author/illustrator of picture books. McCully won a Caldecott Medal in 1993. She has two grown sons, one grandson and lives in New York City and Columbia County, N.Y., where she grows flowers and vegetables.

Amazon Customer
1.0 out of 5 stars Book was torn when received.
Reviewed in the United States on October 18, 2021
When I received this product it came in a package with 2 other books I needed to use in my classroom. When I opened this one to read to my students, I noticed the bad condition of the book. Several pages were torn in the muddle of the book. Not the “new” book I paid for.
Images in this review

NK
4.0 out of 5 stars good story, great female character
Reviewed in the United States on February 12, 2004
Verified Purchase
I would give this book 3.5 stars for plot. The story's above average but not great, yet definitely worth reading. It is definitely 5 stars for having a very positive female role model - she is hard-working, helpful, extremely responsible (she helps here widowed mother run the guesthouse and when she wants to learn to walk a tightrope, she gets up 2 hours early so she can still finish her chores and have the rest of the day to practice), diligent, and pursues and sticks to her own dreams- teaching herself even when initially rebuffed by Bellini. The book is also one of the few I've seen with a very positive image of a single mother who is very hard-working, conscientious and doing her best to provide for her and her daughter. The book definitely earns 5+ stars for its admirable portrayal of female characters! The book also does a good job of presenting more diverse occupations (the performers) that are not necessarily glamourous or prestigious for their time. (On other diversity measures such as race and heterosexism, the book is not so good but that may be more a reflection of the historical setting of the book and does not necessarily come across as a flaw.) The values modeled by the main character, Mirette, are admirable for anyone to experience - female or male, child or adult. The atypical setting - a turn of the century guest house in Paris for traveling performers - provides a not frequently encountered historical slice of life in picture books. This book is a great transition book from read-aloud picture books to read-aloud chapter books for older preschoolers/kindergardeners or precocious toddlers/young preschoolers. There is a large picture on every page to help maintain interest but the text is longer and more complex than simpler picture books. Also because there are other books in the series, reading one after the other also helps in the transition to chapter books.
Read more
6 people found this helpful
Helpful
Report abuse

Ohioan
5.0 out of 5 stars Enjoyable and Touching Story
Reviewed in the United States on January 29, 2012
Verified Purchase
This is the story of Mirette, a young Parisian girl who works hard in her mother's boarding house. One day the great Bellini appears: he is a tightrope walker and he practices on the clothesline in the enclosed space behind the boarding house. Mirette wants Bellini to teach her how to walk a tightrope, but he won't because, he says, if she learns to walk in the air, her feet will never be happy on the ground. So Mirette teaches herself enough to walk from one end of the clothesline to the other. Bellini then sees that she is serious and he teaches her more.

Then an agent finds Bellini and asks him to perform a great feat in public: but Bellini confesses to Mirette that he is now afraid of the tightrope, which is why he has been hiding in her mother's boarding house. Still, he doesn't want to disappoint the young girl, and so he takes a step toward returning to life in the air. As it turns out, he cannot accomplish this without Mirette's help. A nice story about talent, ambition, fear, and extending a helping hand.

M. Lilliquist
5.0 out of 5 stars Beloved by my daughter
Reviewed in the United States on July 18, 2002
Verified Purchase
My precocious (precious!) 4-year-old daughter just loved this book - so much so that we have enjoyed playing "Mirette & Bellini" together many times, acting out the story and embellishing the details. Strong plot; excellent characterization. What greater recommendation than success with the target audience, kids?

This book is great as a read aloud for younger kids, and a good early reader for those slightly older. To the author's great credit, the vocabulary is NOT simplified -- your child may actually learn something while enjoying the story.

The 2nd sequel, in which the wire-walking duo cross the Niagara Falls, is OK, but not as magical. Seems a bit forced. We have not read the other sequel yet.
Read more
3 people found this helpful
Helpful
Report abuse

Kat in the Desert
5.0 out of 5 stars My daughter really enjoys this book!
Reviewed in the United States on September 24, 2013
Verified Purchase
My 2-year-old picks this book again and again. I often scale down the words the first time I read through a book like this, explaining more of the images than just reading the text so she understands fully what is going on. Once we did that and she got it, we read it word for word now and she is quite taken with the story. We even make washi tape "high wires" on our floor and pretend to walk on them!
Read more
Helpful
Report abuse

Tracey Canada
1.0 out of 5 stars Book was torn when received.
Reviewed in the United States on October 18, 2021
Verified Purchase
When I received this product it came in a package with 2 other books I needed to use in my classroom. When I opened this one to read to my students, I noticed the bad condition of the book. Several pages were torn in the muddle of the book. Not the “new” book I paid for.
Read more

1.0 out of 5 stars Book was torn when received.
By Tracey Canada on October 17, 2021
When I received this product it came in a package with 2 other books I needed to use in my classroom. When I opened this one to read to my students, I noticed the bad condition of the book. Several pages were torn in the muddle of the book. Not the “new” book I paid for.
Images in this review

Olga
5.0 out of 5 stars A must have
Reviewed in the United States on June 11, 2021
Verified Purchase
Wonderful book, about passion and dedication. Highly recommend.
Read more
Helpful
Report abuse

Teimari
1.0 out of 5 stars Poor Quality
Reviewed in the United States on January 31, 2021
Verified Purchase
I was super excited about finding this book as it was one I loved when I was young. I purchased this for my son to be able to talk more about making mistakes and perseverance. Unfortunately, the binding was coming undone and totally misprinted. I am incredibly disappointed and definitely do not recommend.
Read more

1.0 out of 5 stars Poor Quality
By Teimari on January 31, 2021
I was super excited about finding this book as it was one I loved when I was young. I purchased this for my son to be able to talk more about making mistakes and perseverance. Unfortunately, the binding was coming undone and totally misprinted. I am incredibly disappointed and definitely do not recommend.
Images in this review

Amazonian Shopper
5.0 out of 5 stars Worth a buy
Reviewed in India on February 11, 2022
Verified Purchase
Great for kids 4-5+. Reached about courage and not giving up on your dreams
Read more
Report abuse

Amazon Customer
4.0 out of 5 stars Cute story
Reviewed in Canada on December 5, 2019
Verified Purchase
Cute story! My daughter enjoys reading it with me and on her own.
Read more
Report abuse
See all reviews