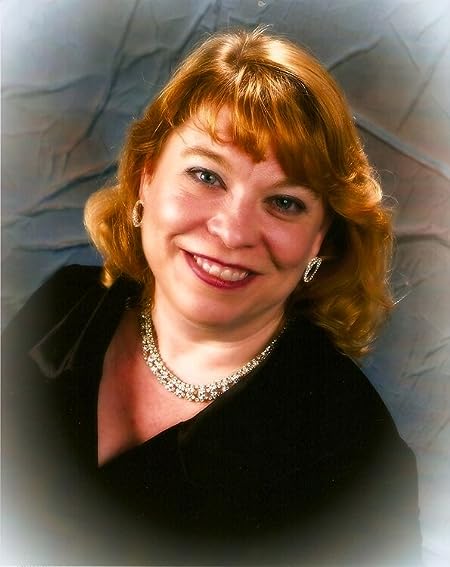 Mischa V Alyea is a jack-of-all-trades and loves all things ecological and environmental. She has done everything from developing an inventing workshop as the elementary science fair coordinator, to directing Day Camp for 300 girls, to refinishing the wood floors in her home. She is an accomplished seamstress, event planner, DIY’er, and cat herder.

Mischa got her first real taste of religion when she spent a brief time as a Catholic. She was confirmed in 1984, but soon after left the church. It was fourteen years before she again looked into the teachings of any religion.

In 1998, Mischa was introduced to meditation when she joined Unity. It was at this time that she became deeply interested in religion, psychology, and spiritual practice. It was here that she delved deeply into the Christian religion. Later, she was initiated into Sufism and empowered by a Tibetan Rinpoche. She furthered her studies by reading the works of the mystics, as well as studied, Buddhism, Taoism, and Zen.

When she was introduced to the practice of Qi Gong, her interests turned to energy practice and theory.

As the founder of Aashni Spiritual Living, Mischa writes and publishes books on meditation and integrated spiritual philosophy. Mischa lives in Kansas City with her husband Tom and Sushi the infamous House Monster. 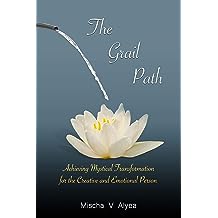 The Grail Path contains a detailed account of the transformative experience, as well as meditations, exercises, and visualizations that will turn your emotions into actions that will transform your life.

Many spiritual seekers do not realize that there are two paths to spiritual enlightenment. The Grail Path guides the creative and emotional person through a mystical transformation that calms the emotions and brings clarity to the mind.

1. Why ego-killing spiritual transformation systems are detrimental to the physical, psychological, and spiritual health of creative-emotional personalities.

2. The four basic personalities that are encompassed within the creative-emotional personality category.

3. Which religions and practices are harmonious with The Grail Path's transformative process.

4. The qualities and symbols that are found in scriptures and myths.

5. The natural progression of inner transformation for a creative-emotional personality.

You don’t have to be a hostage of your emotions. The Grail Path is a spiritual system designed to move you from never-ending emotional drama to activities that permanently change your circumstances. 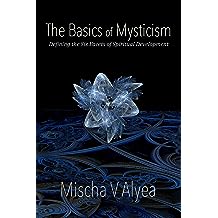 The Basics of Mysticism: Defining the Six Facets of Spiritual Development Dec 15, 2016
by Mischa Alyea
( 5 )
$7.99
The Basics of Mysticism is a thought provoking book that has finally bridged the gap between science and religion. It blends the body science of Olympic athletes, cutting edge brain science of the modern era, and the science of the ancient healing energies into one formula that explains every belief system from the dawn of human existence.

No two people are alike. It is important to create a program that is designed specifically for each individual. The Basics of Mysticism is a handbook for the soul that allows each person to build a program of transformation that fits their unique personality.

Using the latest techniques of mind science, you will discover what it means to explore the journey to enlightenment and transform your life in unimaginable ways.

The Basics of Mysticism has distilled centuries of religious writings into a framework that will take you to your next level of spiritual mastery. It does not matter if you are just starting your spiritual journey, been on your exploration for years, or been sidetracked on a path that is not right for you. The Basics of Mysticism will guide you to a deeper understanding of yourself and your spiritual source. 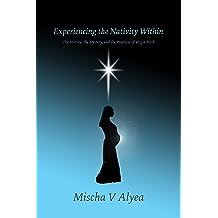 Experiencing the Nativity Within: The History, the Mystery, and the Practices of Virgin Birth Nov 15, 2017
by Mischa Alyea
( 2 )
$5.99
Do you want to know the deep meaning of Christmas?

Experiencing the Nativity Within unwraps the spiritual meaning of Christmas and provides an illuminating mystical experience of Peace. The playlist of traditional Christmas carols is designed to take the listener on a musical journey through the story of the Christian Nativity. These songs, when played in order, provide a deep emotional experience that transforms the spirit.

Virgin Birth is an inner transformation of the soul and a natural process of the spirit. The ancient wisdom of the Birth of the Divine Within originates in the ancient agrarian cultures of the Neolithic. Archeologists have found many representations of a pregnant matriarch that honored the spiritual path for women.

Christianity is not the only tradition that has preserved the ancient knowledge of the Virgin Birth. The Buddhist and Taoist religions share an esoteric text known as "The Secret of the Golden Flower." It describes the alchemy of giving birth to the divine child within the soul. Virgin Birth is the “lost” path of female individuation that Carl Jung and Joseph Campbell proclaimed to exist but could not find. It is the “Heroine’s Journey.”

Experiencing the Nativity Within provides a framework that allows you to create your own Christmas experience. It contains historical tidbits, details of the mystical journey, and suggestions for spiritual practices that will deepen your mystical understanding. I encourage you to use this book as a guide to create your own playlist and spiritual practices that inspire you to illuminate your soul.

Come experience the wonder of the Nativity in a way that transforms your soul. 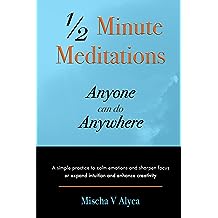 1/2 Minute Meditations Anyone can do Anywhere: A simple practice to calm emotions and sharpen focus or expand intuition and enhance creativity May 24, 2015
by Mischa V Alyea
( 1 )
$5.99
Would you like to tame overwhelming emotions? Is the thought of adding one more activity to your day completely out of the question? OR Are you an experienced meditator and would like to extend the experience of meditation into everyday life?

You do not have to selfishly consume a large part of your day sitting at the feet of a guru. ½ Minute Meditations is a simple guide that will bring meditation into everyday life for those who want to improve their lives – but are short on time.

½ Minute Meditations will show you which practices:

It is possible to experience the benefits of meditation in the small snippets of your day.

• When it arises
• Anywhere
• Throughout the day

The arrangement of the practices in ½ Minute Meditations makes it easy to determine which practices are right for you and your situation. You will also learn to avoid practices that may do more harm than good.

Take charge of the life you were meant to live. Rid yourself of overwhelming emotions and negative mind chatter. Train your mind and reduce stress. Starting a 1/2 Minute Meditation practice will do all this and more.

No mat or guru required.
Read more
Other Formats: Paperback 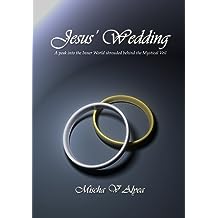 Jesus' Wedding: A peak into the Inner World shrouded behind the Mystical Veil Dec 21, 2012
by Mischa V. Alyea
$5.99
Jesus' Wedding assembles an easily understood model that unifies the mystical experience, which gives birth to all mythologies and spiritual rituals. Elements from every belief system come together to prove the existence of a universal divine nature. Following this model, it is possible to draw the deepest meanings from the symbols and metaphorical expressions within the spiritual language that form the mystical veil.

Throughout history, society has been ruled by either matriarchal or patriarchal spiritual systems. In each belief system, only half of the population was able to reap the benefit of enlightenment. The other half were either spiritually enslaved or destroyed. Jesus' Wedding confirms that both belief systems are valid paths to enlightenment that need to co-exist within society.

In order to create a positive spiritual experience, personal beliefs and practices must be compatible with the psychology of the individual. Full enlightenment requires that a person complete the path of both belief systems. It is time to acknowledge both sides of the spiritual model and allow all persons the chance to fully participate in a spiritual awakening.

Once the overall system is understood, the archetypes that create the stepping-stones of spiritual development will be discussed. This timeless system will empower the individual to make an informed decision about the spiritual teachings and practices that will benefit spiritual development and allow them to approach the path of enlightenment.
Read more