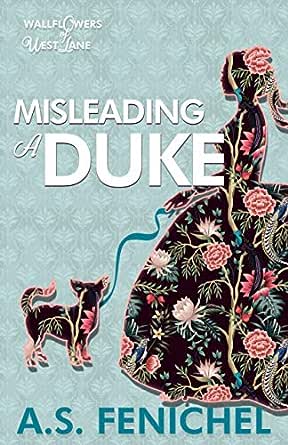 You've subscribed to The Wallflowers of West Lane! We will preorder your items within 24 hours of when they become available. When new books are released, we'll charge your default payment method for the lowest price available during the pre-order period.
Update your device or payment method, cancel individual pre-orders or your subscription at
Your Memberships & Subscriptions
There was an error. We were unable to process your subscription due to an error. Please refresh and try again. 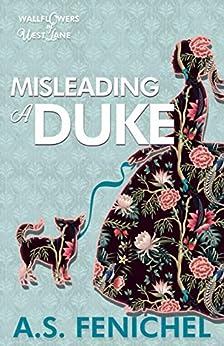 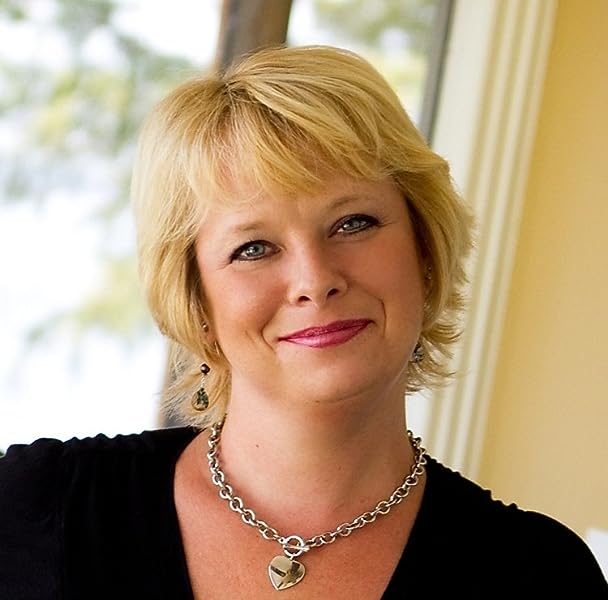 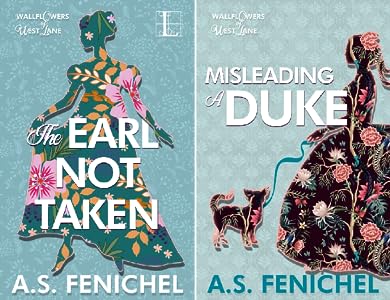 “Fenichel juxtaposes the mannered world of Regency aristocracy with the gritty, life-or-death situation of Nick and Faith’s captivity to excellent effect. This immersive, fast-paced novel will have readers on the edges of their seat.”
—Publishers Weekly

4.2 out of 5 stars
4.2 out of 5
57 global ratings
How are ratings calculated?
To calculate the overall star rating and percentage breakdown by star, we don’t use a simple average. Instead, our system considers things like how recent a review is and if the reviewer bought the item on Amazon. It also analyzes reviews to verify trustworthiness.
Top reviews

Vanessasgram
5.0 out of 5 stars A new author to love! Great characters, great plots and many complications! LOVED IT
Reviewed in the United States on October 2, 2020
Verified Purchase
Faith met Nickolas in Book 1 of this series and it's best if you read them in order but even so you can enjoy it as a stand alone book since they re-hash how they met!
The main characters of this series are wonderful to each other and people you'd like as friends! This book has romance, love, as Faith 'tricks" Nick to meet her at an abandoned castle belong to Nicholas's friend. They then get captured by some spies from France who thought Nick was their friend only to find out he was also a spy but for England! The one is sadistic and Nick is tortured and the household held captive.
I won't spoil this great book since I thought I was near the end and a whole new "episode" as they call it--happens but one thing jarred--after being tortured to within an inch of his life--the one French spy offers friendship after this war is over and he considers it! I can not believe this would happen.
ALSO I found two errors--on time they men he RODE OFF but it said he ROAD off! THEN near the end--they say that they are trying to get all the "DATA" from the stolen books! BUT DATA??? in early 1810's ??? I don't think so. It's a very modern work NOT used in this period. I am looking forward to the next installment. SO thankful to have another author to enjoy!
Read more
Helpful
Comment Report abuse

Nicole
4.0 out of 5 stars Definitely not what I expected it to be
Reviewed in the United States on September 29, 2020
After her dear friend’s disastrous marriage, Lady Faith Landon is terrified when her parents announce her betrothal to a man she’s never met. Her fiancé is cloaked in mystery and not long returned from France, causing Faith to wonder about his loyalties and if he could be betraying his country. Faith couldn’t be more wrong, as her fiancé is indeed a spy, but has just returned to England after infiltrating Napoleon’s network of spies in a very dangerous mission.

Nicholas Ellsworth, the Duke of Breckenridge, is just happy to be home and longs to settle down into a peaceful life with his new wife. But when he learns Faith has been lying to him in order to investigate him, he’s infuriated by her deceit and uncertain he can abide a marriage without trust. Despite their rocky start, there is a definite connection between Faith and Nicholas and when she realizes she’s misjudged him, Faith arranges a secluded, if forced, getaway with Nicholas to explore their chance at a loving marriage away from prying eyes. But her plan has dire consequences when three French spies, former connections of Nicholas’, take advantage of their seclusion to exact revenge on Nicholas. Though their love seems more assured than ever, surviving to see it through seems increasingly unlikely.

This book is an improvement on its predecessor by leaps and bounds. The writing was good once I settled into the style and the wallflowers were much more likable and endearing. This story jumps straight into the middle of things as the estrangement between Nick and Faith comes about because of the events of the first book, so I’d definitely recommend reading this series in order or you may be confused. We’re light on the steam here, but several scenes feature torture and some pretty dark scenes, more so than a typical historical romance. Along those lines, I would’ve liked to see more on page scenes between Nick and Aurora as they discussed their shared experiences, so I’m hoping that was plugged in this book to be revisited later in the series. I thought Faith and Nick were lovely together and so sweet, especially Nick, but I would’ve liked to see each of them have more confidence in the other’s feelings. After everything they went through together, it took them entirely too long to be completely forthright with each other. Their repeated encounters with the French villains got to be a bit much as well and Nick was put in several situations that were rather unbelievable given his rank as a duke. I also wanted punishment for the villains that was not forthcoming, but maybe that’s also being saved for later. This ending was also just a bit abrupt (I’m an epilogue fan), but I’m guessing that’s because the next book will again pick up immediately after this one and hopefully leave me feeling more satisfied as I really wanted to see Nick put Faith’s parents in their place. Complaints aside, I really did enjoy this book and this couple, and I’ll look forward to the next book in this series now and I’m glad I gave it another shot.

I voluntarily read and reviewed a complimentary advanced review copy of this book. All thoughts and opinions are my own.
Read more
One person found this helpful
Helpful
Comment Report abuse

Alison Pridie
VINE VOICE
5.0 out of 5 stars Riveting
Reviewed in the United States on September 29, 2020
Misleading a Duke
The Wallflowers of West Lane #2
A.S. Fenichel
⭐⭐⭐⭐⭐

Lady Faith Landon has been betrothed to a man she has barely met. So what does a wallflower do? Why she calls upon her three best friends the other self proclaimed Walflowers of west lane (and Poppy's new husband) to help her uncover the secrets of her mysterious fiancè. Her suspicions seem truer by the moment when she learns that he has recently arrived back from France. So now she has a question. Is he a traitor to his country? But she cant just jump to her first conclusion because the truth is quite the opposite. Nicholas Ellsworth, Duke of Breckenrige, is a secret agent for the English Crown who has just completed a risky mission to infiltrate Napoleon's spy network.

Nicholas, Duke of Ellsworth craves the peace and quiet of the country after all of his adventures and settling into a sort of domestic bliss with his new bride. That is until he discovers Faith's deceptive investigation which irks him to no end. How is he supposed to marry a woman who so obviously doesn't trust him? But beyond either one of their control a powerful spark has ignited between Nicolas and Faith that could bring about a change of heart. At this point Faith seizes her second chance to prove to Nicolas that they are a true love match, but before that can happen Nicolas's past catches up on him when three french spies show up ready to exact revenge. So now it seems survival rather than wooing has become the order of the day.

A.S Fenichel writes and incredible book of love and happiness. The main characters were absolutely perfect for each other. Neither of them wanted to bend for eachother in the beginning which was really cute. I really like it that Ms. Fenichel brings a story to life. I believe that Nicolas is the perfect man for Faith. He seems to really care about lady Faith and wants to make her happy, but what he really needs to learn is to let her be herself. She is an inquisitive lady and won't stop until she has an answer. Right off the bat there there is action with Lady Faith caught in the middle of it all, but amazingly enough it brings them closer. Her fellow wallflowers are always there for her and will go along with what ever Faith wants. Slowly Nicolas let's his walls down and starts to tell her about her past and faith is determined to keep those walls down what ever the cost. Having their friend Geb Arafa there is a very good thing as he helps Nicolas immensely. Nicolas has a lovely sister and Faith and her hit it off right away.
The book has Villians in it and all I wanted to do was strangle them myself. The Villians even have the utter gal to attack the rest of the wallflowers in their own home, but the wallflowers show no fear and send them running from the house. They then decide it's time they go to Scotland to marry because the laws are different and they can forgoe the posting of the bans. These two become madly in love throughout their ordeal. Finally after they are married one of them says "I will love you for a hundred lifetimes and shower you will all the love you give me in each one." I found this book to be utterly enchanting. Ms. Fenichel you have once again outdone yourself and this has become my favorite series. I can't wait to read about the next wallflower. Thank you for all of the hard work you put into a book so that we the readers can enjoy it.
Read more
Helpful
Comment Report abuse
See all reviews