You've subscribed to The Adventures of Sam Smith! We will preorder your items within 24 hours of when they become available. When new books are released, we'll charge your default payment method for the lowest price available during the pre-order period.
Update your device or payment method, cancel individual pre-orders or your subscription at
Your Memberships & Subscriptions
There was an error. We were unable to process your subscription due to an error. Please refresh and try again. 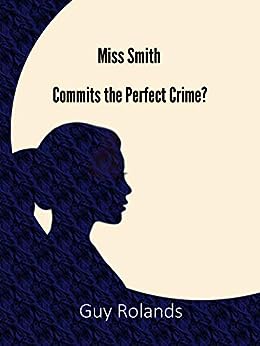 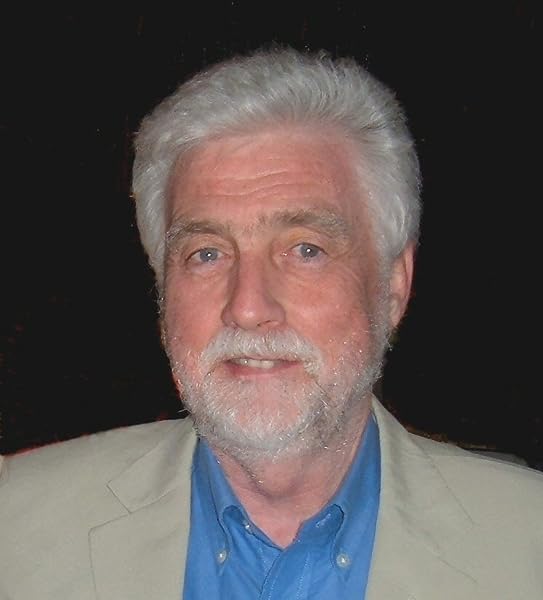 Audible Holiday Deal
Save 46% on your first 4 months. Get this deal
Books In This Series (5 Books)
Complete Series
The Adventures of Sam Smith
Kindle Edition
Page 1 of 1Start OverPage 1 of 1
Previous page
Next page
Create your FREE Amazon Business account to save up to 10% with Business-only prices and free shipping.

Guy Rolands is the pen name of former TV producer and director Guy Caplin. During his exciting career, he created many shows for the UK ITV network.

Over the past fifteen years, he has been a guest lecturer for P&amp;O and Cunard, averaging around three or four cruises a year. At the same time, he produced corporate videos for an international company throughout Europe and Scandinavia.

A year ago, while recovering from a broken foot, he started to write fiction and created his heroine, Sam Smith. The many colourful characters he has come across and places he's visited have provided the background and plots for the Sam Smith Adventures Series.

The dynamic heroine has been developed over the three self-published books created so far. The basic premise has such great potential that there are two further adventures in the pipeline for release this year and more planned for the future.

The Eclectic Review
4.0 out of 5 stars An intriguing and fast-paced crime thriller
Reviewed in the United States on September 21, 2020
Sam Smith is a cunning woman with revenge on her mind. After surviving a brutal rape while in college, she is learning to overcome it by getting on with her life. However, she hasn’t forgotten her attacker and things fall into place to formulate a plan to get even.

While finishing her college degree, she learns Jujitsu and Krav Maga, drives a getaway car for an undercover agent, and saves an underage Russian girl from human trafficking. She’s a natural when it comes to surveillance and protecting others, but someone is stalking her which leads to a new life she never dreamed of.

Sam is a strong and intelligent protagonist who kicks ass and I look forward to finding out what other missions are in store for her. Though there are love interests in this book, it’s always refreshing to see a young beautiful woman who isn’t all about dumping her dreams for a man.

Overall, this is an intriguing and fast-paced crime thriller with memorable characters and a fascinating journey with several twists and turns. Certainly a promising series to look forward to.

Thank you to Mr. Rolands for giving me the opportunity to read this book with no expectation of a positive review.
Read more
Helpful
Report abuse

Jena Henry Booklover
5.0 out of 5 stars The International Woman of Mystery
Reviewed in the United States on July 22, 2020
I have found my new favorite book. And it’s the first book in The Sam Smith Adventure Series! Books 2 and 3 are available and now that I’ve gotten to know this international woman of mystery, I can’t wait to join Miss Smith on her further adventures.

First, I will I will tell you more about the first book in the series, Miss Smith Commits the Perfect Crime, which is categorized as Women’s Action & Adventure Fiction. When we first meet university student Sam Smith, she is crawling through a vast, stinky pig farm in the dark of night. As we get to know her more, we learn that she is…

So, we have a wonderful and fresh new character to bond with. We also have a book that is well-written, as perfect as Miss Smith herself. Written in the lean and precise style of a class British crime thriller, this book has memorable characters, and a plot with just enough twists and turns to be fun. We learn special spy skills.

Leeds and Yorkshire provide the setting, which I liked because it is a venue I don’t visit often in books. I even noted the marvelous use of the passive voice- it really adds some drama! A touch of humor finishes my list of superlatives. Here’s an example. A man on his deathbed explains his actions, “I’ve made my bed. Now I must lie in it.”

What happens to Miss Smith as the book unfolds? Plenty. She meets Ari, who is a great guy who believes in the “just cause”. She goes from being the victim of a brutal crime to becoming a secret agent. But first, she has a lot of loose ends to tie up.

As I have much in common with Miss Smith, I did some investigating and discovered the following about the author, Guy Rolands. This is the pen name of former TV producer and director Guy Caplin. During his exciting career, he created many shows for the UK ITV network. Over the past fifteen years, he has been a guest lecturer for P&O and Cunard, averaging around three or four cruises a year. At the same time, he produced corporate videos for an international company throughout Europe and Scandinavia.

Keith
3.0 out of 5 stars Probably a decent book but ...
Reviewed in the United Kingdom on January 10, 2021
Verified Purchase
Just not for me. Thought it was something else when I started it but quickly realised it was more of a young adult book than anything else and I was hoping for another type of novel completely. It is probably very good for the right audience though.
Read more
Report abuse

Reading Revelations
5.0 out of 5 stars Cleverly p!otted
Reviewed in the United Kingdom on March 24, 2020
Verified Purchase
The first in the series and the introduction to the ever inventive Sam Smith. An instantly likeable and resourceful heroine who p!oughs her way through adventure after adventure with real aplomb. Great plotting that leaves you on the edge of your seat waiting for the next wristband turn.
Read more
Report abuse

Hereward
4.0 out of 5 stars A good read - better than most 'action' novels
Reviewed in the United Kingdom on April 26, 2020
Verified Purchase
Possibly a touch unlikely in parts but overall very entertaining and, when the heroine is the subject of an attempted rape the fate of her attackers is very satisfying.
Read more
Report abuse

Rosie Freeman
5.0 out of 5 stars Brilliant read
Reviewed in the United Kingdom on May 5, 2020
Verified Purchase
An excellent read. Plenty of twists and turns in the story line to keep your interest throughout. A good mixture of drama and humour. Thoroughly recommend this author's work.
Read more
Report abuse

Hillbilly
5.0 out of 5 stars A really good read
Reviewed in the United Kingdom on May 29, 2020
Verified Purchase
I was ever anxious to learn the outcome of the story.
Read more
Report abuse
See all reviews
Back to top
Get to Know Us
Make Money with Us
Amazon Payment Products
Let Us Help You
EnglishChoose a language for shopping. United StatesChoose a country/region for shopping.
© 1996-2021, Amazon.com, Inc. or its affiliates