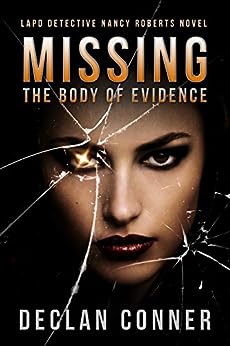 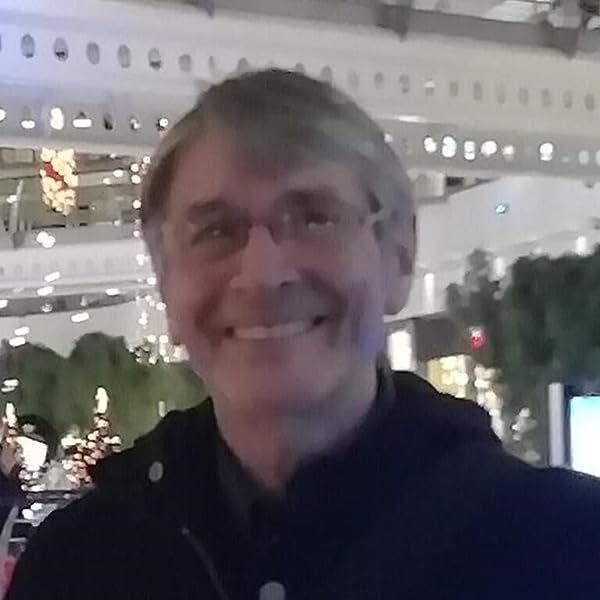 by Declan Conner (Author) Format: Kindle Edition
See all formats and editions
Sorry, there was a problem loading this page. Try again.

Missing: The Body of Evidence is a gripping X-FILES type, dark crime thriller. A story of government secret experiments and deceptions, and one woman’s determination to discover the truth.

When rookie LAPD Detective Nancy Roberts is called to the scene of a fire and the remnants of a body are discovered, CSI can’t be sure if it is the result of a suicide, accident, murder, or.... Well... kind of something else. One thing is for sure, don’t expect the norm.

The CIA declares an interest and points everyone on the investigation in the direction of a freak accident. Nancy doesn’t buy the theory of spontaneous combustion put forward. Her own unconventional investigations point her in a different direction and into a world of psychics and government mind-control experiments, but they are curtailed when she is framed for being on the take.

Suspended and under orders not to continue with the search for answers, threats to her life and those she holds dear force her in a race against time to clear her name. But will she avoid death long enough to prove her innocence and to uncover the truth behind the strange events?

Emotionally charged and gripping from the very beginning to an extraordinary and unforeseen, though satisfying twist at the end. It doesn’t get much better than this. An uncompromising and compulsive thriller from Declan Conner.

His first love is writing, closely followed by playing acoustic guitar in his spare time.

4.0 out of 5 stars
4 out of 5
80 global ratings
How customer reviews and ratings work

Loisrae Mitchell
4.0 out of 5 stars Really good read!
Reviewed in the United States 🇺🇸 on August 4, 2019
Verified Purchase
This story was quite different from any other that I have read, and I had trouble putting it down. The reason I didn't give it five stars was several grammatical errors and the plethora of times that Nancy put her " backside" somewhere! Come on!
Read more
One person found this helpful
Helpful
Report abuse

Peripatetic
3.0 out of 5 stars Needs an American Editor
Reviewed in the United States 🇺🇸 on November 5, 2016
Verified Purchase
Everything about the plot aside, here's yet another Brit-speaking author setting a novel in US, and populating his work with terms that just clang in my (virtual) ears. Here in the US, we do not "wind people up" when we tease them. We don't have "driving licenses." Things like this disrupt the flow and tell me the author doesn't care enough to get it right. Why not set it the book in England? Why not get an American editor? Either way, please just STOP.
Read more
2 people found this helpful
Helpful
Report abuse

MissReadsALot'
3.0 out of 5 stars It Was OK-
Reviewed in the United States 🇺🇸 on September 17, 2017
Verified Purchase
It was just an OK read for me- It just seemed to lack excitement page turning element- Great length- Some typos/editing issues- I didn't feel strongly about any of the characters- It was my first book by the author and I would give another story by him a try-
Read more
Helpful
Report abuse

Kindle Customer
4.0 out of 5 stars Strange
Reviewed in the United States 🇺🇸 on September 8, 2017
Verified Purchase
I liked this book especially the beginning. As I read on toward the end it got a little confusing for me.
Read more
Helpful
Report abuse

Kindle Customer
4.0 out of 5 stars Good book
Reviewed in the United States 🇺🇸 on July 13, 2016
Verified Purchase
Very involved and lots and lots of action throughout the whole thing. Loved the characters and the book. Worth reading
Read more
Helpful
Report abuse

Reba
3.0 out of 5 stars Attention getter
Reviewed in the United States 🇺🇸 on December 19, 2017
Verified Purchase
Another of Conner's books that I thoroughly enjoyed. A lot of action and twists, even though some were predictable. A couple of inconsistencies and grammatical errors but not enough to be overly distracting.
Read more
Helpful
Report abuse

Kindle Customer
5.0 out of 5 stars Great thriller
Reviewed in the United States 🇺🇸 on September 11, 2018
Verified Purchase
This story kept you guessing. It had a lot of twists and turns.I would have liked to have more information on what that facility actually used the kids for. All in all it was a good read.
Read more
Helpful
Report abuse

Bobbi
5.0 out of 5 stars Time consuming, but worth it
Reviewed in the United States 🇺🇸 on November 1, 2016
Verified Purchase
This book took a lot of time to read (it is quite lengthy) but it is worth it. It has mystery, upsets, downward spirals, being thrown completely off keel, and losing sight of everything. Then when you're about to give up. The answers are handed right back to you. Great read.
Read more
Helpful
Report abuse
See all reviews

ARCubitt
5.0 out of 5 stars A rattling good yarn!
Reviewed in the United Kingdom 🇬🇧 on May 9, 2013
Verified Purchase
Missing: The Body of Evidence is a police procedural crime thriller with a twist: take a relationship sub-plot, a touch of the paranormal, enough CSI forensic evidence to keep police crime fiction fans happy and you have all the ingredients for an engrossing read to while away a long plane or train journey.

I'm mindful when reviewing this genre to be careful not to spoil it for fellow readers by giving away the plot elements. But suffice to say that the plot takes place within an authentic world of Los Angeles and its environs and involves: a mysterious death, the CIA, an unexplained wild fire, a detective with claustrophobia and a conspiracy theory.

Tightly plotted and structured, the relationship sub-plot in the middle chunk of the book, allows for deeper characterisation and shows Nancy and Kyle off-duty. There are hooks at the end of each chapter, taking the reader smoothly from one to the next and the pace carries us through at a clip. There are twists and turns galore and soon the hunter becomes the hunted.

Declan Conner knows this genre inside and out and he also knows who his readers are and what they expect. And Missing: The Body of Evidence delivers! The writing is highly visual, something that a modern audience demands now, the dialogue is realistic and it would make a great TV movie.
Read more
3 people found this helpful
Report abuse

Taz
5.0 out of 5 stars Missing: The Body of Evidence
Reviewed in the United Kingdom 🇬🇧 on November 29, 2013
Verified Purchase
Declan takes us on a journey so full of twists and turns without confusion or losing the plot - a sign of a talented writer. Without giving anything away, we are introduced to LAPD Nancy Roberts who is sent to investigate an unusual death. Not happy with the conclusion, she digs a little deeper only to find some strange going on within the CIA and a return to some Cold War experiments. A fast paced book combining a touch of the supernatural and good old detective work that will appeal not only to crime fans. Declan's descriptive style places the reader in the heart of the action and to be able to feel Nancy's fear when she becomes the target. A great read, well written, and I look forward to more from Nancy.
Read more
2 people found this helpful
Report abuse

Icarus Rising
5.0 out of 5 stars Pacy, Edgy Twist on Crime Fiction
Reviewed in the United Kingdom 🇬🇧 on February 27, 2013
Verified Purchase
I was drawn to this a lover of crime fiction and the idea of a sudden death from spontaneous combustion is a great hook and an original idea.

The story centres around Nancy Roberts a tough rookie LAPD detective on the trail of a killer in this anything but run of the mill thriller. Nancy is woman competing in a man's world and not only faces the case that can make or break her career but her ever present `ticking clock' that's driving her to make a choice between her future on the force and her settling down.

There's a paranormal edge to this which adds some originality to a well trodden genre and plenty of twists and turns sets this well apart from other books in this field. Great stuff. Will read more.
Read more
One person found this helpful
Report abuse

Kathy
3.0 out of 5 stars mixed feelings
Reviewed in the United Kingdom 🇬🇧 on February 9, 2014
Verified Purchase
I'm not sure about this one. Too much unnecessary minor detail and overuse of the characters' names sometimes. The main thing I wasn't keen on though was the use of dream sequences and the quasi scientific experimental aspect.
Fifty-fifty for me.
Read more
3 people found this helpful
Report abuse

Diontiger
5.0 out of 5 stars Brilliant
Reviewed in the United Kingdom 🇬🇧 on June 21, 2018
Verified Purchase
Had me completely hooked! Would have liked to know if Nancy did have powers or if it was just her anuyerism.
Read more
Report abuse
See all reviews
Report an issue
Does this item contain inappropriate content?
Report
Do you believe that this item violates a copyright?
Report
Does this item contain quality or formatting issues?
Report