Add to Cart
$13.94
& FREE Shipping on eligible orders. Details
Sold by: Amazon.com
Have one to sell?
Sell on Amazon 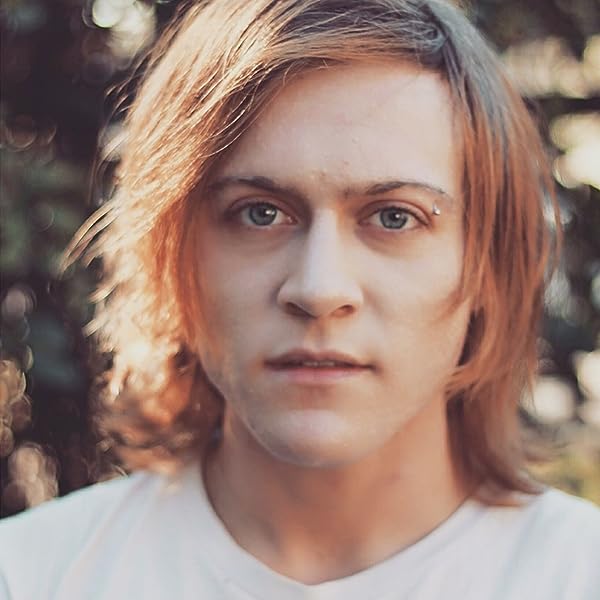 Jerico Lenk is an undergraduate studying Creative Writing, Classics, Russian and Western European History, probably burning incense and drinking too much coffee at this very moment. He's out for queer representation and great sex hair, and writes Young Adult/New Adult, spec fiction, and poetry. He is currently unagented.

Start reading The Missing on your Kindle in under a minute.

Jessica Jeide
5.0 out of 5 stars Queer and Occult? Yeeees.
Reviewed in the United States on October 6, 2017
Verified Purchase
I love Victorian-era occult stories. Between shows like Penny Dreadful and Black Butler, there's been a resurgence of the genre, and I couldn't be more pleased about it.

It's also great to have queer representation that is incidental to the story instead of being a driving plot-device. I would love to see future stories of Will exploring the other side of his identity, and how that might affect his relationships within the Cross.

I can feel the influence of several different works of fiction set in the same time-period, but I'm not distracted by it.

What did distract me a bit was the pacing sometimes being a bit disjointed and consecutive scenes sometimes feel like non-sequiturs, but it does add to the realism; as life seldom throws events at you at regularly spaced intervals.
Read more
Helpful
Comment Report abuse

Thomas Manos
4.0 out of 5 stars Ghost hunters, a nonbinary protagonist, and a Victorian London setting!
Reviewed in the United States on September 21, 2017
4.25 stars.

The Missing follows the story of Will Winchester, a teenager with two secrets: 1) he’s never quite fit into Victorian society’s dichotomous gender definitions, and 2) he can see the spirits of the dead. After stumbling across a team of paranormal investigators, he finds himself recruited into the ranks of the Black Cross—an organization dedicated to studying and investigating hauntings around London. For the first time in his life, Will has a sense of independence and agency, and the chance to decide for himself who he wants to be. Unfortunately, he’s also being drawn into a dangerous case involving a series of strange deaths.

This was fun, mysterious, well-written, eerie, and wonderfully queer! It reminded me a bit of Lockwood & Co. in the way that the paranormal aspects were incorporated into the worldbuilding. There’s a meticulous system to Will and his team’s investigations, and I really loved the way the whole existence of the Black Cross was built into the historical setting. This isn’t a horror book by any means, but there were definitely a few scenes where Will’s encounters with spirits gave me chills.

Also: if you know me at all, you know that I’m a sucker for some good, conflicting moral gray area!!!! As Will learned more about the Black Cross and his own abilities, I also loved seeing the moral complexity Lenk incorporated into these subjects. There were some really fascinating discussions about the existence of ghosts, and whether or not they have as much a right to exist as any other person. These reflections also seemed especially powerful as a parallel to Will’s own struggles, raising questions about identity and the difficulty of existing in spaces where others think you shouldn’t.

A note on the queer rep in this book: Will was born anatomically female, but has dressed and presented as male in public for most of his life. However, Will describes his gender as sometimes male, sometimes female. He lives in a time period that lacks the labels we have today, but he identifies in a way that would probably correspond most closely to genderfluid. In this review, I to refer to Will using he/him pronouns, because he mentions in the book that those are how he prefers to be addressed. I can’t speak to the accuracy of the nb rep here, but I hope to see more ownvoices reviews closer to the publication! (I’m also not sure how the author identifies, so I don’t know if the book itself is ownvoices.) This is the third book I’ve read this year with a nonbinary protagonist in a fantasy novel, and it’s so exciting to see a more diverse range of queer identities being featured in my favorite genre!

I only had a few minor critiques—and considering what a picky reader I am, they’re really very minor points.

There are a lot of characters in this book, and it was a bit much to keep track of—especially towards the beginning. I found myself forgetting names or mixing up different people for the first third of the story, and I had to stop and backtrack a few times to figure out who was who. Still, the characterization and descriptions were all well done IMO, so it didn’t take long for me to get a good sense of who everyone was. I also wished we’d gotten the chance to explore a few characters’ backstories further. This does look like it’ll be part of a series, though, so I’ll definitely be looking forward to seeing how it develops in the future.

In summary—the world needs more inclusive historical fiction books like The Missing, and I'm happy to say that I highly recommend this one!

Amy's Bookshelf Reviews
4.0 out of 5 stars A story with many levels
Reviewed in the United States on September 19, 2017
This story has different levels and an interesting back story for the character of Will. First, Will used to be Willow, so that is one plus to the character, and something that drives the character. He has many secrets and the way this was written, brings something unique to the story. Will can also hear the dead, and it adds that paranormal secretive twist to the story, where anything can happen, and it does. Quality writing brings this story together.