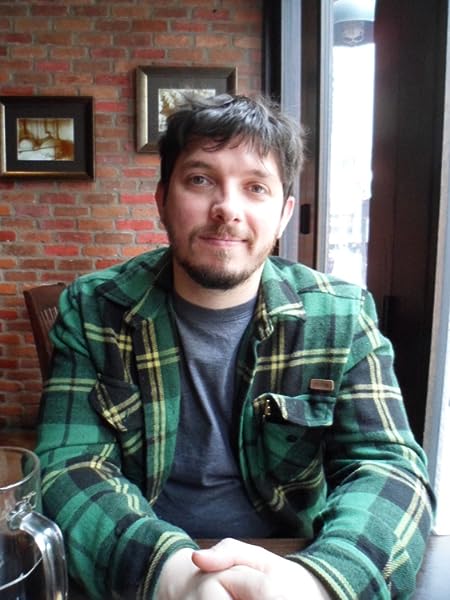 Start reading The Missing Thane's War: The Four Kingdoms Saga Book 2 on your Kindle in under a minute.

Marianne Kelly
5.0 out of 5 stars Five Stars
Reviewed in the United States on November 3, 2014
Verified Purchase
This is such a great story! I couldn't put it down! Wonderful
Read more
Helpful
Comment Report abuse

The Missing Thane’s War by Brandon Draga is the next installment of The Four Kingdoms Saga. Elf maiden Enna Summerlark sets out on a quest with her new found friends, in search of her origins. When O’doc’s aunt Merida introduces the group to an eccentric arcanist, he is astounded by Enna’s progress in the arts of magic. Adrik Thornmallet disappears and leaves a rushed note for Enna without an explanation. Believing he is in some kind of trouble, with the help of professor Coldstone, they all travel to his aid only to find out that he is the rightful head of his Dwarven clan. They are themselves thrust into a war between clans with the odds stacked in their opponents favor. Our heroes separate to uncover the mysterious arcane magic that the enemy dwarves are using. Adrick takes on his role as Thane to meet the challenge head on if only he can recruit help from another clan. O’Doc and Erasmus discover a secret about professor Coldstone’s abode from enemy dwarves, that has them questioning the professor’s loyalties.

Emulating the critically acclaimed Terry Brook, Brandon Draga delivers a masterpiece with his use of cliffhangers that literally leaves you hanging as he switches between each different adventure of the separated parties. All of his characters are well developed, diverse, and full of surprises at every turn. The timing of some of his character’s one-liner, anecdotes are guarenteed to have you chuckling out loud. Leaving no stone upturned, The Missing Thane’s War has everything you could ever ask for in an epic fantasy adventure. Get ready for an emotional roller coaster ride!