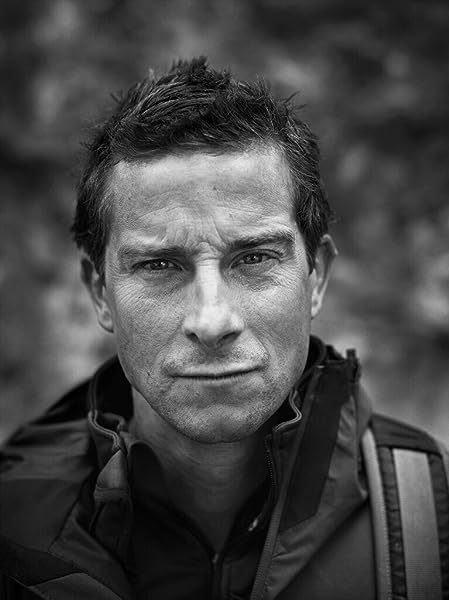 Bear Grylls has become known around the world as one of the most recognized faces of survival and outdoor adventure. His journey to this acclaim started in the UK, where his late father taught him to climb and sail. Trained from a young age in martial arts, Bear went on to spend three years as a soldier in the British Special Forces, serving with 21 SAS. It was here that he perfected many of the skills that his fans all over the world enjoy watching him pit against mother-nature. His popular survival TV shows include ‘Man Vs Wild’ and ‘Born Survivor’ which became one of the most watched programmes on the planet with an estimated audience of 1.2 billion. He has also hosted the hit adventure show 'Running Wild' on NBC, where he takes some of the world's best known movie stars on incredible adventures. Most recently US President Barrack Obama asked to appear on the show for a worldwide ‘Running Wild Special’. Bear is currently the youngest ever Chief Scout to the UK Scout Association and is an honorary Colonel to the Royal Marine Commandos. He has authored 22 books, including the international number one Bestselling autobiography: Mud, Sweat & Tears and his hugely popular titles Survival Guide for Life and True Grit, a bestselling novel Ghost Flight and his Mission Survival fiction books which have sold over 4 million copies in China alone. If you’d like to know more, please visit Bear’s website, www.beargrylls.com where you can sign up for his most recent news, or follow him on Twitter, @BearGrylls, or on Facebook.
Start reading on your Kindle in under a minute.

4.7 out of 5 stars
4.7 out of 5
25 customer ratings
How does Amazon calculate star ratings?
Amazon calculates a product’s star ratings based on a machine learned model instead of a raw data average. The model takes into account factors including the age of a rating, whether the ratings are from verified purchasers, and factors that establish reviewer trustworthiness.
Top reviews

Big Game James
VINE VOICE
5.0 out of 5 stars Excellent adventure story with survival tips seamlessly woven in
Reviewed in the United States on August 29, 2017
Verified Purchase
Anyone who steps out into the Outdoor Nation knows about Bear Grylls. And if they don't, they should. I knew this guy was the REAL DEAL with countless adventures notched and numerous wilderness survival shows produced. What I didn't know was that Bear Grylls wrote fiction books for kids and teens. But when a hiking (bush walk) blogger from Australia reviewed one of the kid books very favorably, saying it was loaded with real life survival tips, I decided to take a look. I settled on volume one of his Beck Granger Adventure series, called Mission Typhoon. And it was a goodie.

Mission Typhoon introduces us to 14-year old Beck Granger, a world-class adventurer, and survivalist. The storyline involves Beck joining a hiking expedition in China for teens, as an assistant leader along with an equally talented hiker from China, named Ju-Long. It was supposed to be an easy trek through the jungle on established trails. But a typhoon quickly turns it into a full-on adventure and survival situation which leaves Beck and Ju-Long's fellow hikers stranded while Beck and Ju-Long battle the wilderness in their search for help. It's an excellent, well-written adventure that seamlessly weaves in survival tips as part of the story. Although it is written for teens, it is suitable for anyone who enjoys a great adventure story. Including Senior Citizens like me.

Fire Dad ^7
5.0 out of 5 stars Fun and exciting read
Reviewed in the United States on May 6, 2018
Verified Purchase
When a fun trip turns disastrous the only option is to survive. This is a great story about what it takes to survive and an amazing story as well. This book keeps the suspense up and makes you want to keep reading just another chapter.

Judy Dunce
5.0 out of 5 stars Mission typhoon
Reviewed in the United States on October 20, 2016
Verified Purchase
It's a great book I highly recommend it to 11 to100000 years that's all really thank you and good bye (this was written by my 11 year old son)
Read more
3 people found this helpful
Helpful
Comment Report abuse

Colin Wong
5.0 out of 5 stars Great book
Reviewed in the United States on August 11, 2016
Verified Purchase
I thought it was a great book, love the Beck Granger adventure series and this was my first book out of it! Keep up the good work Bear Grylls!
Read more
One person found this helpful
Helpful
Comment Report abuse

Michelle
5.0 out of 5 stars Awesome book
Reviewed in the United States on July 26, 2018
This book was awesome and entertaining. I liked that you never knew what was coming next. It was a great adventure story..reviewed by 10 yr old boy
Read more
Helpful
Comment Report abuse
See all reviews from the United States

Andrew Lawford
4.0 out of 5 stars Good, but a bit like watching Bear on TV
Reviewed in the United Kingdom on December 16, 2017
Verified Purchase
I was looking forward to reading this book to see how Bear translated his adventures in to fiction. It seemed to start well, but then reads like a survival guide complete with hints and tips. All very helpful, and it allowed the main characters, two young explorers to show their strengths in surviving the jungle having been left marooned from their party - it is well written, probably based on Bears own experiences. Would I by another book in this series? probably not, I'm not the right audience for this book, and I think I'll stick to watching him demonstrate on TV. But should you get stranded in the jungle, there are certainly a few tips and some 'Bush tucker' recipes.
Read more
Helpful
Sending feedback...
Thank you for your feedback.
Sorry, we failed to record your vote. Please try again
Report abuse

MR R N WREFORD
3.0 out of 5 stars Survival story for teenagers
Reviewed in the United Kingdom on May 16, 2016
Verified Purchase
Plenty of hints and life saving tips in this book where the two main participants are aged 14. The story is credible, especially the recommendation to do all you can to avoid getting into a survival situation in the first place!
Read more
One person found this helpful
Helpful
Sending feedback...
Thank you for your feedback.
Sorry, we failed to record your vote. Please try again
Report abuse

K. Lonsdale
4.0 out of 5 stars Fab book
Reviewed in the United Kingdom on January 5, 2017
Verified Purchase
My 11 year old daughter read this over Christmas very quickly. Great story for those who like survival and adventure
Read more
One person found this helpful
Helpful
Sending feedback...
Thank you for your feedback.
Sorry, we failed to record your vote. Please try again
Report abuse

Boysmum
5.0 out of 5 stars This book is brilliant
Reviewed in the United Kingdom on June 4, 2016
Verified Purchase
I loved the book as it follows on from the the other 8 beck granger books I chose 5 stars as it is in the style that I like with heart pounding moments in it.
Read more
4 people found this helpful
Helpful
Sending feedback...
Thank you for your feedback.
Sorry, we failed to record your vote. Please try again
Report abuse

Julia Seaman
5.0 out of 5 stars A great adventure
Reviewed in the United Kingdom on June 8, 2017
Verified Purchase
I loved this book
I was surprised by how easy it was to just pick up this book & dive straight it, it's the first B.G book I've read and will definitely be buying more & look out for new releases

Lucie Robson
5.0 out of 5 stars like pain is just pain
Reviewed in the United Kingdom on August 5, 2017
Verified Purchase
a life changing book with memorable lines !
like pain is just pain !
Read more
Helpful
Sending feedback...
Thank you for your feedback.
Sorry, we failed to record your vote. Please try again
Report abuse

tiger
5.0 out of 5 stars Always a great read
Reviewed in the United Kingdom on June 22, 2016
Verified Purchase
Another brilliant book by Bear Grylls I would strongly recommend that you read these books and others in the series
Read more
Helpful
Sending feedback...
Thank you for your feedback.
Sorry, we failed to record your vote. Please try again
Report abuse

sheshe
5.0 out of 5 stars Positive thinking, never give up.
Reviewed in the United Kingdom on May 30, 2016
Verified Purchase
Very interesting story, just about plausible considering the age of the main characters. Certainly would have put my GUIDING skills to the test. Good read if you are into life skills and adventure.
Read more
2 people found this helpful
Helpful
Sending feedback...
Thank you for your feedback.
Sorry, we failed to record your vote. Please try again
Report abuse

Page 1 of 1 Start overPage 1 of 1
This shopping feature will continue to load items when the Enter key is pressed. In order to navigate out of this carousel please use your heading shortcut key to navigate to the next or previous heading.
Back
Next
Pages with related products. See and discover other items: bear grylls mission survival