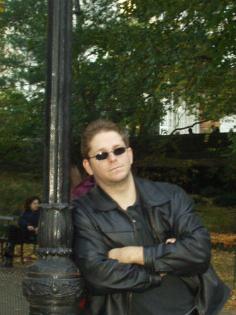 Jay Snyder is a voice actor, voice director, and script adapter. He is best known as the voice of Yugi Muto from the Japanese manga television series, "Yu-Gi-Oh!" A native of California, he studied acting at Julliard School in New York City.

JEFF WOODMAN originated the title role in Tennessee Williams' "The Notebook of Trigorin" and won the san Francisco Critics' circle Award for his performance in "an Ideal Husband" In addition to numerous Off-Broadway credits, his TV appearances include Law & Order, Sex and the City, and Cosby. His more than 200 audiobook narrations has earned him numerous awards, including a People magazine "Annual Top Five" citation and a spot in AudioFile magazine's "Top Fifty Voices of the Century".

JONATHAN DAVIS is the founder and chairman of Independent Investor, a specialist financial publishing venture, and a well-known columnist and investment writer. A former business and financial journalist on The Times of London, The Economist, and The Independent, he is a regular columnist for the Financial Times, author of three other books on investment, and a director of three investment companies.

Christian Rummel is an actor and VO artist.

Start reading Mitigated Futures on your Kindle in under a minute.

Spoon
5.0 out of 5 stars Mitigated Futures - Tobias Buckell - A Good Buy
Reviewed in the United States on March 1, 2013
Verified Purchase
First of all, I generally love Buckell's books and short stories and I typically buy anything he writes. This particular collection, most of it created as a Kickstarter project, contains 12 short stories touching on everything from global warming and the environment to his Xenowealth universe and the effects of modern technology on the "handicapped." The initial story, "A Militant Peace," concerns what could happen if we took the time to make peace instead of war, but sought peace in a war-like manner. "The Rainy Season" is about environmental damage and its effects on a day at the beach. "Press Enter to Execute" concerns a new way to get rid of spam, and "Resistance" concerns a visit to a Xenowealth space station by Pepper, who has been hired to help the citizens against the station AI, with results the citizens aren't expecting. My favorite story is "A Game of Rats and Dragon," an homage to Cordwainer Smith, inventor of the Instrumentality and one of my favorite authors; it's a tale of cyber-woes and the talented people who help keep things straight. Buckell has done an excellent job in this collection. It's well worth the small mount of money.
Read more
2 people found this helpful
Helpful
Comment Report abuse

Alexander von der Linden
5.0 out of 5 stars Quality Short Fiction
Reviewed in the United States on June 4, 2013
Verified Purchase
I didn't really know what I'd be getting into, but the author has a good track record in my view with his novella The Executioness, and one of the short stories in the collection being stories I've enjoyed.

Then I read the first story in the book, A Militant Peace, and I knew that picking up the book was worth it. That story would have been worth the price of the book all alone.

While none of these stories were "hard Sci Fi" each of them chose a What If and then explored it fully. I would definitely recommend this group of stories to anyone interested in Futurism.
Read more
2 people found this helpful
Helpful
Comment Report abuse

Matt Wallace
4.0 out of 5 stars A worthy offering of futurism and speculative fiction.
Reviewed in the United States on May 17, 2013
Verified Purchase
For the money you'll be hard-pressed to do better than this collection of speculative fiction stories. Buckell writes with confidence and skill, and he's an entertaining and engaging storyteller with original ideas to explore and impart. I dug the hell out of most of these stories, and I think anyone who loves fascinating futurism and/or good, classic speculative fiction will, too.
Read more
One person found this helpful
Helpful
Comment Report abuse
See all reviews
Pages with related products. See and discover other items: jennifer davis