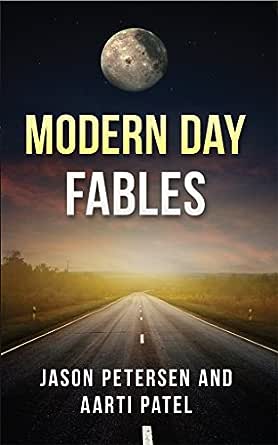 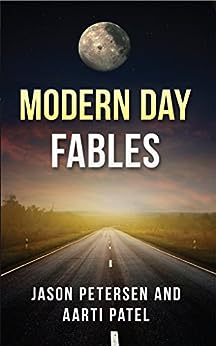 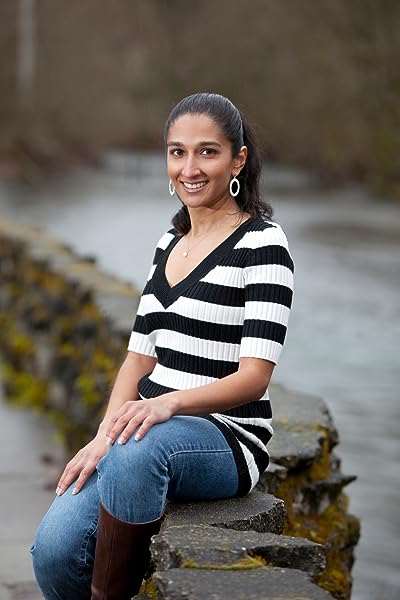 Jason Petersen and Aarti Patel live together in the Pacific Northwest with their two kids and practice naturopathic medicine. They enjoy writing fiction on the side and like to explore themes involving individuality, society, and health. --This text refers to the paperback edition.

Marita P.
5.0 out of 5 stars What a delightful find this book is!
Reviewed in the United States on May 23, 2016
Verified Purchase
Within each of these uniquely entertaining tales, the individual protagonists invite you to join them in a world as seen through their eyes: one wherein their keen insight and careful observations leave them feeling somewhat confused and set apart from conventional society, yet willing to bravely take it on for all it is worth. Genuine, humorous - and ultimately, heroic - each of these characters leaves us with food for thought, a gentle lesson, and most importantly, a smile. Patel and Petersen have written such a charming collection of modern fables, one can only hope to see more from these authors in the future.
Read more
2 people found this helpful
Helpful
Comment Report abuse

S. Hanson
5.0 out of 5 stars A book to make you think today
Reviewed in the United States on July 22, 2016
Verified Purchase
I liked the way this book was written. Kept me engaged.
Stories to make you reflect on how we are living.

Sam
3.0 out of 5 stars Unique and futuristic stories
Reviewed in the United States on January 26, 2017
I enjoyed this collection, it took a unique spin off the beloved Aesop's fables I'd grown up on. It was nice to see how these lessons might be reinterpreted for an older audience. I also liked that several were futuristic in that they incorporated current, or even not yet invented, technology to see how our modern world has impacted our lives.

I didn’t enjoy the first two stories so for me the collection didn’t start strong. With the first one, while the world the authors created was very inventive I felt a little confused by the sudden ending, and the second never really hit its stride. However, I felt much better about the following stories. My personal faves were Eye Contact – about a group of wacky characters playing poker and trying to best each other (the funniest of the bunch!), Bully -a junior high teacher tries to build support for an anti-bullying campaign, and The IV Club. I don’t want to give too much away with this last one because it builds up suspense but it’s very creepy!

Overall, this was an interesting modern take on the classic fables from our childhood. The techy aspects were a great addition as it really updated the stories and gave a cool futuristic look at where our world may be in a few (or more) years!

Christina Nicole Smith
5.0 out of 5 stars Wonderful read during that morning commute!
Reviewed in the United States on February 1, 2017
I really enjoyed this book! I enjoyed all of the stories but my favorites were: "Screen", "IV Club" and "Precipice".

"Precipice" was so good that I just really wanted the story to keep going, but since these are short stories, I suppose making this story longer would define it as a novel.

I normally don't read fiction. It's very rare that I do. However, I do favor a good fable. I've loved fables since I was a child and "Modern Fables" was written for grown ups with a modern twist. So, I was open to reading it!

Each contributing author had a different writing style which made reading each fable interesting.

I recommend this book as a good one for that commute in the morning on public transit! You won't be disappointed and your ride will be more pleasurable if you're reading this!
Read more
One person found this helpful
Helpful
Comment Report abuse

Joshua Grant
5.0 out of 5 stars A great way to bring fables into the present day!
Reviewed in the United States on September 15, 2019
Growing up, some of my favorite things to read were fables. I loved the fun imaginative characters and locales, and especially the moralistic twist at the end. Jason Petersen and Aarti Patel revive this beautifully in our present world with Modern Day Fables! They ask deep questions about pain and stress and connection through fun stories like a mysterious club that can take all your hardship away. Check out Modern Day Fables if you’re looking for a quick read with depth!
Read more
Helpful
Comment Report abuse

Although I don't typically find myself drawn to read short stories, I am glad I picked up this volume. I quickly became engrossed, drawn in by the writing, the interesting plot lines, and the characters. The stories, some idiosyncratic, some visionary, are engaging and turn out fascinating protagonists; the characters are ordinary and relatable, yet possess a sensitivity, self-possession, and keenness of insight as they navigate the world.

The stories encompass a variety of experiences and settings, from a virtual screen reality to the reaches of death. While each one exists for the sake of its own story, I began to notice some common themes. The one that emerged most strongly involves the individual's struggle against society, represented at times by parent and teacher, and at times by culture at large. "IV Club" is set in a school (IV stands for "Innocent Victims") It's interesting to note the name of the club shares the same initials as "intravenous", which is an apt name for a school club led by a vengeful, twisted teacher who attempts to infuse students with ideas that threaten to erase their individuality. This theme also comes across in "Pill" in which a doctor prescribes a mood altering drug to a vulnerable college student. In "Precipice," the menace of society is exceptionally vivid as a pressing force that pursues Jake to the edge of a cliff, and while one might suppose death is his only way out, the author does suggest an alternative.

While I noticed this theme penetrates a number of stories, others were more sharply focused on a single, seemingly mundane experience that drives the plot. "Eye Contact" examines the nonverbal behaviors that influence a poker game; "Sadman" is about the irked feeling the performer protagonist feels after a stranger calls him Mr. Sadman. The experience is gently transformative as he alters the content of his songs but insists at the end of the story, "I wasn't a changed man, I hadn't seen the light or anything." One of my favorites was the last story, "Not the Same," in which the narrator demonstrates interesting self-consciousness as he maintains that "I am not an artist" even as his photographs are exhibited in museums.

Mr. D. J. MCCARTHY
5.0 out of 5 stars Interesting reading.
Reviewed in Australia on January 16, 2020
Verified Purchase
Interesting stories, all different, all needing to be read to their conclusion. Emotive and unpredictable. The stories make an worthy collection.
Read more
Report abuse