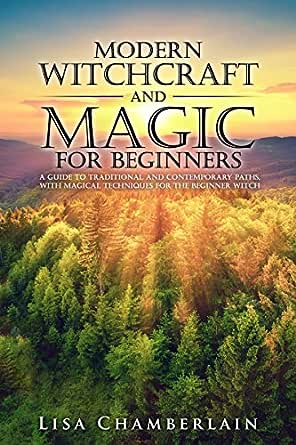 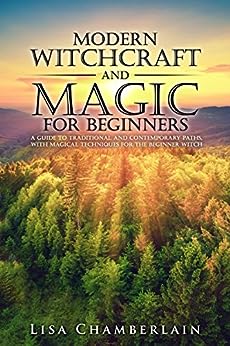 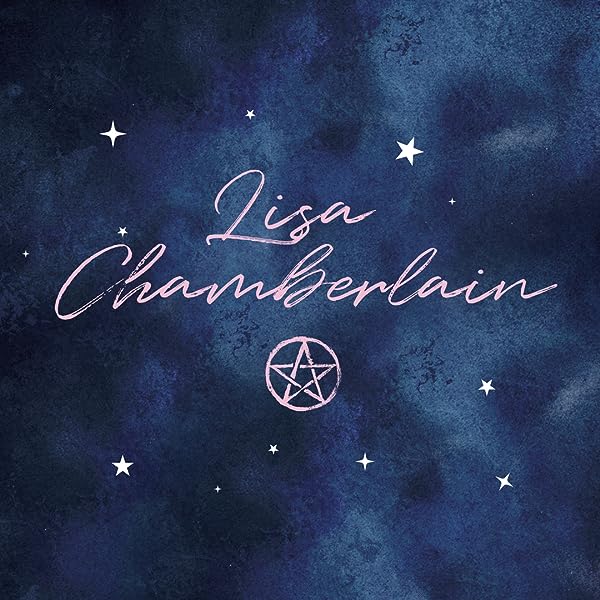 Modern Witchcraft and Magic for Beginners: A Guide to Traditional and Contemporary Paths, with Magical Techniques for the Beginner Witch Kindle Edition

4.6 out of 5 stars
4.6 out of 5
199 global ratings
How are ratings calculated?
To calculate the overall star rating and percentage breakdown by star, we don’t use a simple average. Instead, our system considers things like how recent a review is and if the reviewer bought the item on Amazon. It also analyzes reviews to verify trustworthiness.

Hazelnut447
5.0 out of 5 stars A Must In Any Craft Library!
Reviewed in the United States on April 18, 2017
Verified Purchase
I am a huge fan of all of Ms. Chamberlain's books. Though this book is short but it covers a lot of information. The author does a fabulous job of being direct, clear, and on point with her information and writing. The Craft is something that you can never learn in one book. Even though her books are centered around Wicca, the information is useful and insightful to all areas of The Craft and Witches. The book description is exactly what the book is. I myself have a library of several different topics. I started with this author and purchase every book as they come out. I suggest taking notes on things that peak your interest so that you can do further research. I always use her books as a jumping off point to introduce myself to new areas and help guide me to my next area of study.

If my review helped you, please click the helpful button. Or comment if I can answer any other questions <3
Read more
37 people found this helpful
Helpful
Comment Report abuse

Mom of 7
5.0 out of 5 stars Very Informative
Reviewed in the United States on May 22, 2016
Verified Purchase
As I started reading this guide I started feeling/having an understanding of why I had been drawn to it. Coming from a Baptist upbringing it was always a taboo or wrong to ask questions that no one seemed to have an answer for. Suggestions but no clear direction. This book offered me the ability to think for myself, learn for myself, and understand for myself what spiritual path means to me. There are some that will laugh and others who will criticize, but this guide allows me the opportunity to find my own path to harmony within myself as well as the Universe. My journey is just starting.
Read more
23 people found this helpful
Helpful
Comment Report abuse

Lisa-Marie Rankin
5.0 out of 5 stars Great place to start
Reviewed in the United States on October 16, 2018
Verified Purchase
I have found this book to be very informative and has has helped me to better understand a topic which I knew almost nothing about, but was very interested in. The author is very thorough in her explanations and graciously guides you into better understanding the world of craft and all that it offers. You're only scared of something if you know nothing about it, and the author most certainly rid me of my fear, and replaced it with intrigue and respect
Read more
6 people found this helpful
Helpful
Comment Report abuse

Julien
4.0 out of 5 stars Good History Oriented Witchcraft "Beginner Book"
Reviewed in the United States on July 14, 2019
Verified Purchase
Great book for learning about the history and culture of witchcraft. On a side note, i found it very enlightening to say the least. In contrast, the author Lisa Chamberlain seems to view wichcraft more on the wiccan side. Personally, I did not mind that because Lisa explained everything in a non-biased, neutral way. Witches are brought up in a very diverse manner and there's no wrong way you can really do witchcraft. As a beginner, this book definitely gave me insight on to follow my own path and how I want to do it, Lisa also encourages that. I would purchase this book if you really want to get a feel for the understanding and history of witchcraft, there's also a few spells towards the end of the book. The only gripe I have is I wish all of the history mentioned was broken up into multiple parts, as the stuff that really seemed interesting to me was toward the 3/4 mark of the book. There's a lot of details that cannot be mentioned as it is a fairly small book but Lisa tries to give you as much as possible.
Read more
2 people found this helpful
Helpful
Comment Report abuse

regisk59
3.0 out of 5 stars Really? No one checked the final copy before printing??
Reviewed in the United States on October 15, 2016
Verified Purchase
I haven't seen any other comments/reviews mentioning this, but I can't believe anyone would allow This to be released. The 'Table of Contents' shows the final page #206 as 'Free Gift Reminder'. The book only goes to page 170 (172 IF you count the blank page after 170 and the next page with a bar ode on it). The sync is off starting with page #16!!!
Read more

kkrome25
5.0 out of 5 stars It reads like flowing water
Reviewed in the United States on August 26, 2020
Verified Purchase
From the start, i love this book. It reads like flowing water. Once I got going it was hard to stop. You see, i finally gave in to my yearning to know more about myself and why i am this way. 2020 at least had a couple of good things come out of it. Some books i struggle to grasp and i end up reading them slowly, but this book is as if i am helping it along, or vice versa. I am so glad i found this book to get started.
Read more
Helpful
Comment Report abuse

Kindle Customer
4.0 out of 5 stars very enlightening, but shameless audible ad at the very end.
Reviewed in the United States on February 2, 2019
Verified Purchase
I liked how it gave a look at different things letting people know whats out there, while also not going into to much detail which may be to much to those who are just learning and curious (like me). The only reason I didn't really give this a full five stars is I didn't really care for the shameless ad for audible at the very end. I get it, sells for her audio books but to me it just takes away from the message of the book, which offers usually a discount audio version of the book when you buy it, so you can have both.
Read more
One person found this helpful
Helpful
Comment Report abuse

Cody Sexton
5.0 out of 5 stars Balanced and educational.
Reviewed in the United States on October 26, 2015
Verified Purchase
I found this book intriguing. It shows a balanced view of all sides of witchcraft and the spirituality of Magic itself. I felt that the message was portrayed in an unbiased and educational form. This led to it becoming slightly dull at times where I found my self drifting from what I was reading, but I still enjoyed this fine work and would recommend it for many aspiring to the mantle of Witch. We need more varied public views in our greater community that show the craft as more then just one belief and one right way. I would suggest to any that are on the fence about purchasing this book to get the book. It is very different than many others and is a great addition to any library.
Read more
5 people found this helpful
Helpful
Comment Report abuse
See all reviews

Tracey
5.0 out of 5 stars Witchcraft for Beginners
Reviewed in the United Kingdom on September 19, 2019
Verified Purchase
If you have ever wondered just what Witchcraft is or if you are interested in practicing Witchcraft but don't know where to begin this is the book for you.
Lisa has written a very easy to read guide that will help you in your journey and she also includes so practical work for you to do if you feel so inclined.
A good read with loads of information.
Read more
2 people found this helpful
Report abuse

Amazon Customer
5.0 out of 5 stars Thoughtful, informative, succinct account of witchcraft and magic
Reviewed in the United Kingdom on October 3, 2017
Verified Purchase
Super impressed by the background information Lisa has provided in this little book. My understanding of Witchcraft and Magic has been both transformed and confirmed with the wisdom shared within it's pages. If you're looking for something that is straightforward, without all the fluff & ceremony of what most people believe witchcraft to be, then this is the best place to start to dispel the myths that have perpetuated for decades & even years!
Read more
6 people found this helpful
Report abuse

Juliet Gaskell
3.0 out of 5 stars interesting
Reviewed in the United Kingdom on December 19, 2018
Verified Purchase
Interesting, though it covered a lot of things quite vaguely and not much about the actual craft, mainly just histories in quite superficial detail. Slightly disappointed as I have enjoyed some of Chamberlain's other books such as the Tarot book which I preferred
Read more
2 people found this helpful
Report abuse

mds
5.0 out of 5 stars Good, informative read.
Reviewed in the United Kingdom on May 31, 2020
Verified Purchase
Enjoyed this book very much. Would recommend to anyone. The author guides rather than instructs the reader. Make up your own mind.
Read more
One person found this helpful
Report abuse

IRENE BARR
5.0 out of 5 stars just what i wanted
Reviewed in the United Kingdom on August 18, 2019
Verified Purchase
just to learn more about the subject
Read more
One person found this helpful
Report abuse
See all reviews