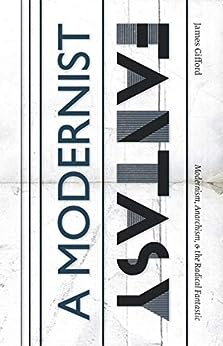 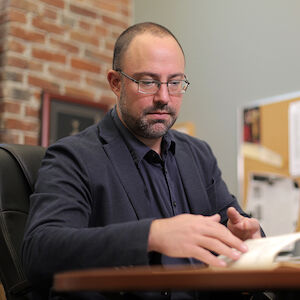 JAMES GIFFORD is Professor in the School of the Humanities at Fairleigh Dickinson University – Vancouver Campus. He has published several books, critical editions, and articles on modernism and anarchism. His most recent projects include Personal Modernisms: Anarchist Networks & the Later Avant-Gardes (2014) and From the Elephant's Back (2015). --This text refers to the paperback edition.

JP
5.0 out of 5 stars Fascinating Study for Fantasy Readers, Modernism/Late Modernism Scholars, and Fantasy Writers!
Reviewed in the United States on December 16, 2019
I ordered this book via interlibrary loan last summer and I absolutely loved it. i was excited to see that it is now available for kindle and paperback. I am trained as a modernist, with a lot of interest in fantasy, but I am not nearly as well read in fantasy as I am in the American/British canons (as they were taught and anthologized in most American universities in the late 1990's/early 2000s). One additional book I immediately bought, before I even finished the first few chapters of A MODERNIST FANTASY was Herbert Read's The Green Child. I'm a little familiar with Read's critical work, but I had never read it. So, if you are one of those critics or writers who has to know everything about the books being discussed, it might take you a little time to work through Gifford's book because you'll want to stop and read another fantasy novel or two between each chapter (personally, I enjoyed that). If you are a voracious fantasy reader, you'll feel write at home. Additionally, I am very interested in the way commercial publishing, the academy, and literary criticism have created distinctions between high/middlebrow/low art and how that relates to politics, especially anarchism. Gifford's book opened up a whole new catalogue of fantasy writers and contemporary critics for me to explore in the fantasy genre. If you're a fantasy writer, it might also be beneficial to understand a counter-narrative to the Tolkein/Lewis tradition.
Read more
Helpful
Report abuse
See all reviews
Back to top
Get to Know Us
Make Money with Us
Amazon Payment Products
Let Us Help You
EnglishChoose a language for shopping. United StatesChoose a country/region for shopping.
© 1996-2021, Amazon.com, Inc. or its affiliates