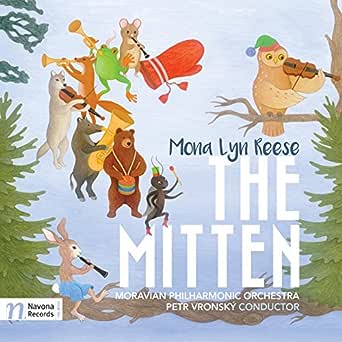 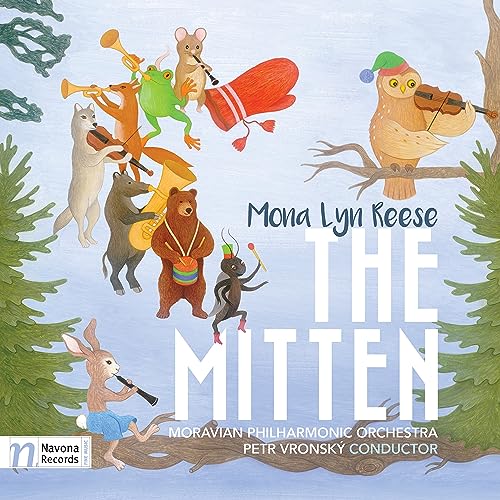 R. James Tobin
5.0 out of 5 stars A Real Find
Reviewed in the United States on December 21, 2017
Now available as a download or as a CD from Navona Records, NV6132, this is a charming children's story about a mouse a frog, an owl, a rabbit, a fox, a wolf and a bear. The tale concerns a wildly unrealistic attempt of all these animals to get warm in a lost chid's mitten. One surprise is that none of them gets eaten by another. The final outcome might be anticipated.

What really makes The Mitten successful is its narration by Nona Lyn Reese and the music by the Moravian Philharmonic Orchestra, conducted by Petr Vronsky. The cover illustration is by Marie Olofsdotter. Although I assume the wildly unrealistic story and the music are both by Reese, the composer is not explicitly credited. Both the story and, especially, the music are somewhat reminiscent of Prokofiev's beloved Peter and the Wolf. The surprisingly original music mostly features the woodwinds, as well as violin. It is lively and a bit jazzy at times.

In addition to the English narration, there is a Spanish version and finally a purely instrumental performance.