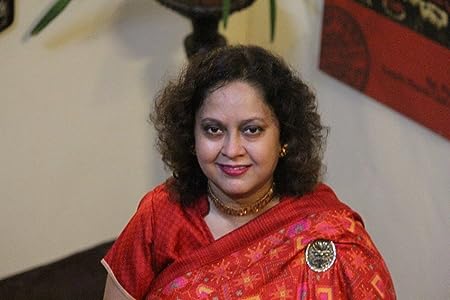 Monabi Mitra is a writer and a Professor of English Literature who teaches at Scottish Church College, Kolkata.

The daughter of an Indian Railway officer, she spent her childhood in picturesque railway colonies before moving to Calcutta for her education. She studied at Loreto House, Presidency College and Jadavpur University.

Married to an officer of the Indian Police Service, she accompanied her husband to different corners of Bengal where she came across widely divergent shades of life and society. These, along with her experiences of railway life, inspired her to start writing. She began by publishing translations of two contemporary Bengali authors—Ashapurna Debi (The Matchbox: Selected Short Stories of Ashapurna Debi, Rupa & Co., 2004) and Sunil Gangopadhay (The Fakir, Harper Perennial, 2010).

Her acquaintance with the world of the police and her varied insights and interactions with different strata of policemen helped her rediscover crime literature. In 2009 she began writing a crime novel, specifically a police procedural. The novel was published by Penguin India in 2012 as F.I.R and introduced DSP Bikram Chatterjee and his dedicated team of Crime Branch officers including Inspector Ghosh, Sheena Sen and DIG Toofan Kumar. This was followed by the second book in the series, The Dead Don't Confess (Penguin Random House, 2013) while The Final Report (Penguin Random House, 2014) was the last in the series and visualised the evolution of a police officer's attitude to his work.

In 2019 she published Under the Banyan Tree: The Forgotten Story of Barrackpore Park that chronicles the story of Barrackpore Park—once the Viceroy's weekend retreat which fell into disuse after 1947 and soon became a derelict ruin. Efforts were made to restore the mansion and parkland as a valuable reminder of India's past. Her book uses archival material and chronicles the history of the house and park as also a photo essay containing vignettes of the restoration project. 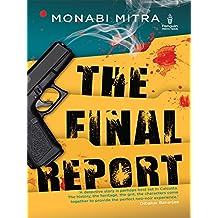 The Final Report Sep 1, 2014
by Monabi Mitra
( 3 )
$14.00
In the third and concluding part of the series,
Inspector Bikram finds himself embroiled in
the mysterious death of a young girl in his own
residential complex. And this time he wants to
sort out more than the case—he wants to put his
love life in order too!
Read more
Other Formats: Paperback 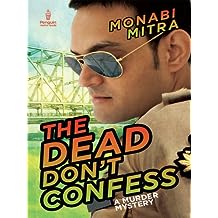 The Dead Don't Confess: A Murder Mystery Sep 15, 2013
by Monabi Mitra
$12.00
The dashing grey-eyed policeman, poster boy of the Calcutta Police Station, Inspector Bikram, has landed a case that refuses to solve itself out.
CT correspondent
The police are still fumbling with the murder of the small-time film producer, Piloo Adhikary, found dead with his two dogs on Diwali night. Assumed to be a simple crime of passion, the so-called wife being the prime suspect, the case grew murkier when her body was found floating in a pond.
The clues point to a larger racket of money laundering, shady business deals and small-time illegal arms deals, the involvement of Gaur Mohan Lal, a wheeler dealer of some clout in the film industry, and Morari Koyal, the owner of a fishing trawler.
Will Bikram be able to expose the murky underbelly of the city’s most affluent and influential?
Read more
Other Formats: Paperback 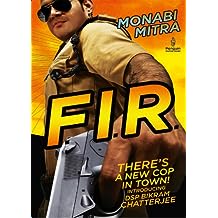 FIR Sep 21, 2012
by Monabi Mitra
( 3 )
$12.00
Dashing DSP Bikram Chatterjee of the West Bengal Police hates his boss, the boorish SP Toofan Kumar. And he knows his boss especially resents his affair with screen goddess Shona Chowdhury—it’s a rank thing. Bikram is keenly aware of the two distinct worlds he inhabits: the posh circles of Toofan and Shona—a world he instinctively distrusts—and the grimy world of crime with which he is familiar, even comfortable. Then Robi Bose, former darling of Calcutta’s Page 3, is found dead with bloody froth on his lips and Bikram is given the task of investigating this high-profile death in double-quick time. This, in addition to all his other duties—cultivating informers, breaking up drug-smuggling rackets on the Indo–Bangladesh border and providing security for occasionally violent football matches. And as the investigation draws him in, Bikram finds his two worlds colliding in unexpected ways. Gripping, gritty and one hundred per cent honest, F.I.R. inaugurates the DSP Bikram series—the first desi police procedural.
Read more
Other Formats: Paperback