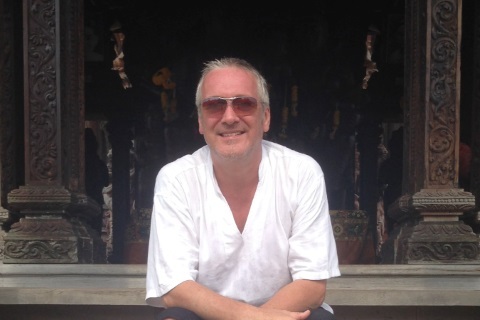 Money for Old Rope: The Big Book of Everything Paperback – April 2, 2013

ABOUT THE AUTHOR Albert Jack is a writer and historian. His first book Red Herrings and White Elephants explored the origins of well-known idioms and phrases and became an international best-seller in 2004. It was serialized in the Sunday Times and remained on their best-seller list for sixteen straight months. He followed this up with a series of other books including Shaggy Dogs and Black Sheep, Pop Goes the Weasel and What Caesar did for my Salad. Fascinated by discovering the truth behind the world's great stories, Albert has become an expert at explaining the unexplained, enriching millions of dinner table conversations and ending bar room quarrels the world over. He is now a veteran of hundreds of live television shows and thousands of radio programs worldwide. Albert lives somewhere between Guildford in England and Cape Town in South Africa. OTHER BOOKS BY ALBERT JACK RED HERRINGS AND WHITE ELEPHANTS SHAGGY DOGS AND BLACK SHEEP PHANTOM HITCHHIKERS LOCH NESS MONSTERS AND OTHER MYSTERIES SOLVED POP GOES THE WEASEL THE OLD DOG AND DUCK WHAT CAESAR DID FOR MY SALAD BLACK SHEEP & LAME DUCKS IT'S A WONDERFUL WORD MONEY FOR OLD ROPE - PART 1 MONEY FOR OLD ROPE - PART 2 THE JAM: SOUNDS FROM THE STREET SHED DEBT & START LIVING LIFE THE QUEEN OF HEARTS WANT TO BE A WRITER? LAST MAN IN LONDON albertjack.com albertjackchat.com albertjackchat (facebook and twitter)
Start reading on your Kindle in under a minute.

4.3 out of 5 stars
4.3 out of 5
35 customer ratings
How does Amazon calculate star ratings?
Amazon calculates a product’s star ratings based on a machine learned model instead of a raw data average. The model takes into account factors including the age of a rating, whether the ratings are from verified purchasers, and factors that establish reviewer trustworthiness.
Top Reviews

Damon Edmondson
3.0 out of 5 stars Scattered, smothered, and covered
Reviewed in the United States on December 10, 2012
Verified Purchase
This is an interesting amalgamation of stories related to unusual words, internet rumors, and "how did X get its name". It was somewhat entertaining, but not completely. The prose style was conversation and engaging for the first 2 dozen entries...but then began to wear.

While this can be interesting to language trivia buffs, and certainly fascinating to the Cliff Clavin barstool champions, it has a few issues.

Most critically, it would be a great benefit to know the SOURCE of the cited research. How do we know the research was done into the origin of a word, or a pub name? you don't. Wikipedia mandates closer sourcing.

It's Scattered.... the stories and background and organization seem scattered at best. there aare general categories, and it SEEMS like there's an attempt to then follow some alphabetical basis, but there are often skips to the side.

Smothered: Definitely so, in that the writing is clear, but not concise. You'll throughly know the origin of some sayings. Thoroughly.

Covered: I'd agree that its covered. But its covered so completely that after the first few sections the purpose of trudging through to the end was more about the fact that I finish almost everything I set out to read...and it takes real effort for a book to be so terrible I won't finish it. This didn't rise to that level.

Would I reccomend it? Maybe. It would be especially beneficial to the book to have an index to allow a ready to skip only to the part they desired to read, rather than slogging through.

Amazon Customer
4.0 out of 5 stars Informative and Fun!
Reviewed in the United States on March 30, 2019
Verified Purchase
I don't usually read books without a story line but this one is fun to read, as well as learning how our sayings came to be.
While I loved Part 1 about the sayings' origins, I find too much of a mix of quality in the Urban Legends section. Some stories were very humorous and fun, others too gruesome. I stopped reading them, but others may find it interesting.
Read more
Helpful
Comment Report abuse

A. J. Harris
4.0 out of 5 stars Fun read!
Reviewed in the United States on September 23, 2013
Verified Purchase
Some interesting tidbits on how words came about - history is always cool. We used this book a lot while we were showing our house for sale - we'd have to rush out at a moment's notice and sit in a park while other people traipsed through our home. This little book kept me from freaking out at the thought of strangers rifling through my closet - eek. Our son learned a few things, too, which was a bonus. Anyway - it's a great read-it-together book for those times when you don't want to get too wrapped up in something and need to be able to pick it up and put it down at random times.
Read more
Helpful
Comment Report abuse

The Alto Clef
5.0 out of 5 stars Kids will love it
Reviewed in the United States on April 14, 2014
Verified Purchase
Trying to get a child to read more? This is one of those rare books that impart both interest in the young reader and knowledge at the same time. Not the periodic table type of knowledge that will make a child into a future scientist, but interesting and quotable facts that will grab kids' attention. Just for encouraging reading I would give it 4 stars, but the added interest level gets that 5th star rating.
Read more
Helpful
Comment Report abuse

Kindle Customer
5.0 out of 5 stars Extremely Entertaining
Reviewed in the United States on December 3, 2015
Verified Purchase
Albert Jack, hopefully not by himself has complied a book containing the origins of words and phrases, some of which are still used today.
Read more
Helpful
Comment Report abuse

JetpackTop Contributor: Star Wars
3.0 out of 5 stars Pretty much what it says it is
Reviewed in the United States on November 17, 2012
Verified Purchase
Tons of answers to questions you didn't know you had. Picked it up for free, but wouldn't have interested me enough to buy.
Read more
Helpful
Comment Report abuse

RagDoll
4.0 out of 5 stars Really interesting reading !
Reviewed in the United Kingdom on November 18, 2012
Verified Purchase
I downloaded this on my kindle and couldn't put it down , as well as covering phrases that we use in conversation, the book also covers the meaning of nursery rhymes , origin of words, popular urban myths and mysteries.

My complaints with the book (which is why I gave it a four star rating rather than five) , are that there are typing errors throughout the book such as 'the the' and some of the information from the phrases portion of the book is repeated in the words portion of the book, which although they are connected makes the reader feel that the author sees them as stupid to not make the connection themselves. Plus it is boring to have to read the same information twice.

Overall though , I would recommend downloading this book as there are some quite entertaining facts in there, and considering that it is free (as is the second book) , the typing errors and mistakes can be forgiven and overlooked.
Read more
Helpful
Sending feedback...
Thank you for your feedback.
Sorry, we failed to record your vote. Please try again
Report abuse

Em Bee
4.0 out of 5 stars Entertaining, shame about the grammar
Reviewed in the United Kingdom on September 29, 2012
Verified Purchase
I love the way this book is written; it's fun and it is cheeky and the author's humorous writing style is quite endearing. It gets 4/5 simply because some of the punctuation and grammar are shocking. I'm no English language expert but even I have picked up on dozens of mistakes and I am only 1/8th through. If it was ever proof-read, the proof-reader needs to be sacked! All in all, informative and very good fun. But expect to somewhat grit your teeth if you're a grammar pedant.
Read more
Helpful
Sending feedback...
Thank you for your feedback.
Sorry, we failed to record your vote. Please try again
Report abuse

Drew Baston
4.0 out of 5 stars Answers to all those questions you never thought to ask
Reviewed in the United Kingdom on May 30, 2014
Verified Purchase
I've often wondered the meanings of some of the sayings we use everyday. This book gives an insight into the origins of some well known sayings and much more.
Definitely worth a read.
Read more
Helpful
Sending feedback...
Thank you for your feedback.
Sorry, we failed to record your vote. Please try again
Report abuse