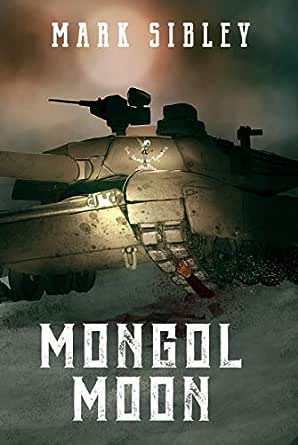 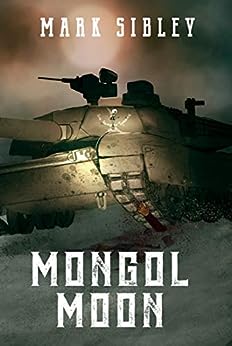 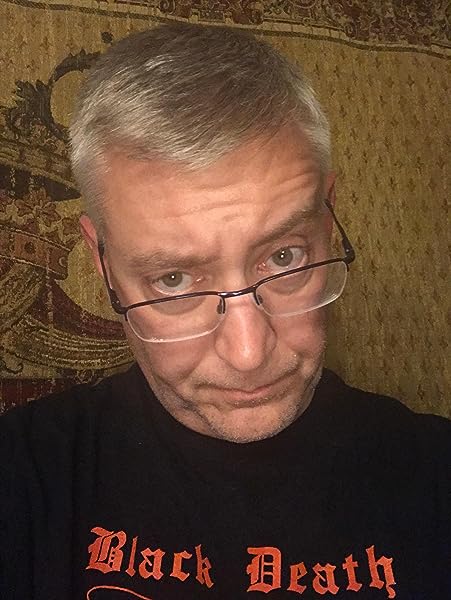 Hello, Readers!  Mongol Moon was a journey for me.  Three years from inception to release!  I brought 20 years of emergency management and war gaming to the table here and wrote the story the way I saw an invasion of the U.S. taking place.  But I wanted more than that.  I wanted the war to be in the background with the characters front and center.  Hopefully, you'll enjoy it as much as I did writing it.  Thank you for coming along for the ride!
I'm also an avid reader and some of my favorite authors that put things in my head, which I pulled out selectively for this story and twisted them to my own machinations are as follows:  Robert Jordan, Tom Clancy, William Forstchen, Stephen Konkoly, Harry Turtledove, Dan Brown, Jack Carr, Clive Cussler, and Stephen King.

Mark Sibley is a corporate crisis manager and war gamer. He's developed and facilitated over a hundred war games for various organizations over the years and managed as many real-world crises for those organizations. This experience, along with a life-long dream of writing a novel, provided him fertile ground for pulling together all the aspects of this story and developing them into what became Mongol Moon. If you tell a war gamer that a particular bad thing can't happen, that war gamer will come up with a plausible scenario to prove you wrong...eventually.

He is a life-long Virginian and lives in the Commonwealth with his wife, three kids, and current pack of female terriers, two Boston Terriers, Izzy (the Alpha) and Dobby (the one without a brain), and the ever-ferocious Chewie the Wookie, a five-pound Yorkshire Terrier with one fang. At any given time, there is also a foster dog at the house, rounding out their pack.

5.0 out of 5 stars
5 out of 5
22 customer ratings
How does Amazon calculate star ratings?
Amazon calculates a product’s star ratings based on a machine learned model instead of a raw data average. The model takes into account factors including the age of a rating, whether the ratings are from verified purchasers, and factors that establish reviewer trustworthiness.
Top Reviews

Dan
5.0 out of 5 stars New author's first book. Great read thus far
Reviewed in the United States on February 11, 2020
Verified Purchase
I am always skeptical of new authors, but this book was written by a co-workers family member so to support him I bought a copy.
Much to my delight I am really enjoying the book. I am an avid reader and read a wide variety of books; I am about half way through this and it is a fast read. The plot keeps me wanting to read more each time I pick it up. Sibley takes time to build the characters, but doesn't bog the reader down in too much development. There are many subplots and the reader is transported all over the globe. The events of the story are taking place at multiple locations across the planet simultaneously, but the manner in which the storyline plays out is easy to follow.
The plot is reminiscent of Clancy in a condensed presentation. While obviously not on par with the likes of Clancy I think that Sibley has done a remarkable job.
Read more
Helpful
Comment Report abuse

Dzintra Sullivan
5.0 out of 5 stars If I could give it more stars I would.
Reviewed in the United States on January 24, 2020
Verified Purchase
I stepped out of my genre comfort zone with this book, and WOW, I am so glad I did. This author has such a unique ability to bring humor into a setting typically not equipped and yet it was natural, engaging and kept me turning the pages from start to finish.the word imagery was well developed and the story progressed at a perfect speed. I thoroughly enjoyed every word and look forward to reading his next one.

If I could give it more stars I would.
Read more
One person found this helpful
Helpful
Comment Report abuse

J. A. Walsh
5.0 out of 5 stars What else could happen in 2020? This!
Reviewed in the United States on July 7, 2020
Verified Purchase
Mongol Moon is the book of 2020. I enjoy speculative fiction, and political thrillers, and this book melds genres well. I recommend it for readers who like big picture stories, plots with a lot at stake. This might not be a "slice of life" novel, the book is propelled ahead by its plotting, but characterization does not suffer.

Who knows how prescient this fiction will seem as the rest of 2020 plays out?
Read more
Helpful
Comment Report abuse

Tracey
5.0 out of 5 stars A FUN READ
Reviewed in the United States on February 13, 2020
Verified Purchase
The story line is fast paced and an interesting. The characters in the story are engaging and the subject matter is intriguing (I like a good post-apocalyptic story ... one of my favorite genres). Having lived in Northern Virginia for some time, I also enjoyed the recognizable landmarks that were an integral part of the story's landscape. The dead pan humor incorporated throughout the book often made me laugh … who knew that murderous clowns and a snaggle-toothed wookie could make sense in a WWIII setting? It all works. This book is a fun read!
Read more
Helpful
Comment Report abuse

Mikie lancaster
5.0 out of 5 stars Refreshing take on the catastrophe genre.
Reviewed in the United States on February 2, 2020
Verified Purchase
Absolutely riveting, started reading it yesterday and was unable to put it down until the end.. I’m now wanting more. The subject matter is timely and relevant as folks in the intelligence community would say. This isn’t your typical end the world as we know it book. I’m left wanting to know more about many of the characters and can’t wait for more books from this author.
Read more
Helpful
Comment Report abuse

undergrooven
5.0 out of 5 stars How does WWIII start? A Fun and Exciting Read!
Reviewed in the United States on February 1, 2020
Verified Purchase
A friend of mine recommended that I read Mongol Moon and it’s great! A real page-turner. The story is a plausible and interesting take on the start of World War III. The author does a great job blending major social and geopolitical events into the lives of very real and normal people. By the end of the book, he brings together multiple plot lines and characters from around the globe. A fun and exciting book! I can’t wait to read the sequel!
Read more
Helpful
Comment Report abuse

michael s.
5.0 out of 5 stars Great book, can't wait for the sequel!
Reviewed in the United States on February 5, 2020
Verified Purchase
While you really hope this would be a far fetched dystopian novel, it rings so close to the truth that you have to answer. Great character development and explanations of geo-political issues that are easy to associate with. Touches on the personal, political, and military aspects of exactly how you could envision WW3 starting. For humanity's sake, let's hope this stays fiction!
Read more
Helpful
Comment Report abuse

Joannis K Flatley
5.0 out of 5 stars Great and exciting read!
Reviewed in the United States on January 29, 2020
Verified Purchase
I loved this book—except that I didn’t want it to end. I’m hoping for a sequel soon. The plot is realistic, the characters are well developed and the narrative flows effortlessly. This book is a fun read, but it also makes you think.
Read more
Helpful
Comment Report abuse
See all reviews from the United States