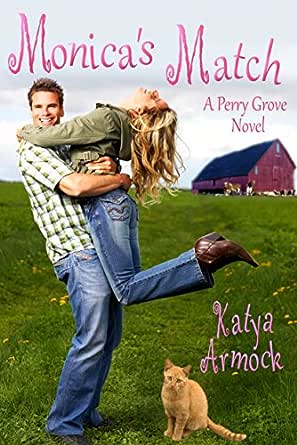 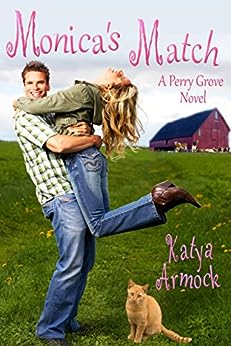 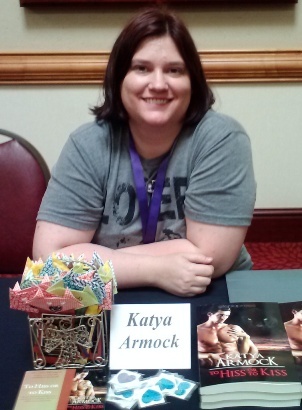 Paige Bradish
4.0 out of 5 stars Enjoyed the love story
Reviewed in the United States on May 5, 2015
I received Monica’s Match from the publisher for a review tour and this is my honest review.

I signed up to review Monica’s Match after reading the synopsis and learning that it was a book based off of a psychic ability, and love. I am crazy about psychic abilities I have always been interested in it and incorporating it with matchmaking and love was interesting.

My initial reaction to Monica was that she is a strong girl who can take care of herself and I liked that. But as we got farther into the book she did start to drive me crazy with her attitude toward Jeremiah. Now it is well known that Jeremiah was a little bit of a smart ass, but near the end he was starting to come around and Monica just was not having it. She was making me so mad with how rude she was to him sometimes.

I feel that many people first hearing what this book was about would be put off by the premise because it seems so fake, but I believe that the author pulled it off well. Monica pretty much kept her secret under wraps from everyone but the few people that she cared about and went about her business helping people find their soulmates.

There were so many cute moments between Monica and Jeremiah even when she was giving him the cold shoulder there were moments. For example, on their second date when she had a panic attack and Jeremiah helped her through it, I thought that was really sweet. I also loved Jeremiah’s grandparents they were the sweetest people ever too.

I am extremely glad that I picked to review this book. It was fun to read and very enjoyable, I hope to read more of this authors work in the future.
Read more
One person found this helpful
Helpful
Comment Report abuse

Kindle Customer
4.0 out of 5 stars 4 out of 5 stars for the sweet romantic book.
Reviewed in the United States on April 27, 2015
Monica’s Match is a typical Contemporary Romance Novels. But for someone like me who loves Contemporary Romance, the journey remains interesting even though the end is known. Boy meets girl and both fall in love. But complications arise which leads them to the question “Can they be together?”. Yes, the typical love story. But the characters are very interesting. Monica is this strong-minded business woman who monetizes her gifts very efficiently. However she has this rule of naught dating clients. And Jeremiah is hell-bent on making her make an exception. Jeremiah is a well-developed character, who we can easily relate with someone who has lived in a farm forever. The ideals and values of someone who is home-oriented and lives with grandparents are truly heart warming to read.

The story flows effortlessly and smoothly. The language is soft and easy. The feel around the book is romantic, soft and light-hearted. The only issue I had was that the climax was wrapped up on just a couple of pages. Waiting till the last moment to set out the suspense and just give half a page to it was too much of a killer, in my opinion. But that is just one drawback. Otherwise, the story scored in narration, language, romance, smoothness, everything. It is a wonderful read in one go and come out feeling happy, refreshed and so much in love. 4 out of 5 stars for the sweet romantic book.
Read more
2 people found this helpful
Helpful
Comment Report abuse

Monica’s Match is all about trust. In order to give love a chance, she’s going to have to share her secret and she has to decide if she’s willing to take that chance. Here the thing she’s hiding is her ability to read auras but this really applies to anyone. We all have something – funny toes, addiction to bad made-for-tv disaster movies, eating crackers in bed, psychic abilities – it doesn’t matter what it is, there is something (and most often somethings) and we have to trust that the person we are interested in can accept us for good and bad. It’s not easy but it is the only way a relationship can be successful. But I totally understood Monica’s hesitation in sharing her secret. She had it drilled into her by her parents that it was something that needed to be hid and being a good daughter she took it to heart.

I’m not sure I totally liked Monica – she is a little harsh and somewhat stand-offish, especially with Jeremiah. But when she relaxes, she becomes a lot more fun. Jeremiah has his moments as well, but I like how he poked at Monica trying to get her to loosen up. It made for some fun interactions between the two.

I’ve seen some complaints about how she treats Jeremiah later in the book and how quickly things are resolved, but I think it works for how the story is written. Just because Jeremiah changes his attitude doesn’t mean that Monica is going to do the same immediately. She’s always had that push away thing going on with him – earlier on when she thought he was meant for someone else and then later when she was afraid of getting involved. As for the big reveal, I think it just highlights the idea that it isn’t a huge problem. She’s made it into something so much worse than it is, which is understandable because the more she focused on it the more she built it up in her mind. And we’re back to that main theme – she’s gotta learn to trust.
Read more
One person found this helpful
Helpful
Comment Report abuse

The story is reasonably well paced at times, slow at others. Without any real twists and turns I did find things predictable and slightly annoying.

Overall, not a bad beach read but not one of my favourites.
Read more
Helpful
Comment Report abuse
See all reviews