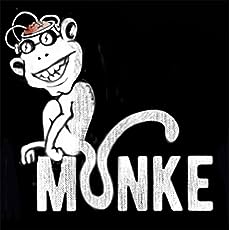 He also loves science and has helped develop a Rational Scientific Method of Inquiry. Monk tells many stories about his journey. Here is a sample:

Chicken and A Typewriter

When I was in First grade and in love with the teacher with the Bird's Nest hair-do, I pulled a prank on a class mate and neighbor. I told him my cousins, whom I was staying with, had some very smart chickens. "So smart, that any one of them can spell your name!" Donny didn't believe a word of it. I said, "yeah it's true. Of course they can't hold a pencil, but they can type very accurately." I said I could prove it, and then bet him a dollar!

Donny took me up on my bet and got off at my bus stop quite a few blocks away from his. It would be worth it, I told him, If I was lying, he would get a dollar, and if I was telling the truth, he would see an amazing chicken, who could spell his name. He had nothing to lose!

He waited on Auntie Net's back porch as I retrieved the Underwood typewriter with a single piece of paper already in place. I put the typewriter on the ground and lured some chickens over with a can of corn, telling them I needed one of them to spell Donny's name..."After all," I told Donny, "you can't expect them to work for nothing!" 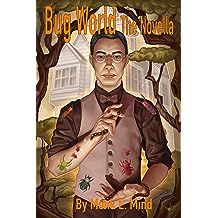 Bug World: The Novella Nov 17, 2014
by Monk E. Mind
$9.99
Bug World is a reconstructed civil war era home refurbished by an entomologist as a road side amusement center and educational facility that gives tours showcasing all kinds of insects and sells ant farms, butterfly gardens and more... Howard "Bugs" Smithton, proprietor-entomologist, also teaches at universities and consults with coroners and law enforcement officials as a forensic entomologist like TJ with Bones and Gil Grisham of CSI. Other characters are newspaper man and his family, reporter, Sheriff Clete Beecher, a physics professor and a biology professor at a nearby university. The profs are noticing certain trends that indicate the extinction of man. Bugs Smithton understands that we are, as he says, "temporary guests in a bug's world."
Read more
Other Formats: Audible Audiobook , Paperback 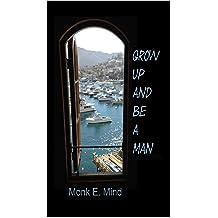 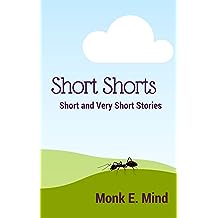 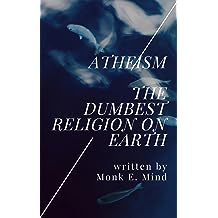 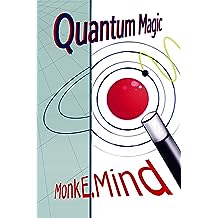 Quantum Magic: Quantum Physic Explained Feb 5, 2019
by Monk Mind
$9.99
Modern physics studies the four “known forces” of nature; Gravity, Electromagnetic, Weak and Strong nuclear forces. However, “known forces” is a misnomer because hundreds of years of investigation have not lead to any clearer understanding. In short, scientists do NOT know what these forces are. In this book we will cover, with the luxury of detail, the history and current investigative nature of particle physics and the so-called forces.
Read more
Other Formats: Kindle , Audible Audiobook , Paperback 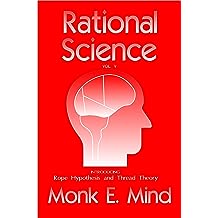 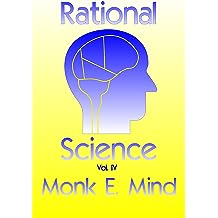 Rational Science Vol. IV Dec 2, 2014
by Monke E. Mind
( 2 )
$9.99
Thirty Eight chapters of Rational Science covering everything from the Nature of Scientific Inquiry, Experimenter's Regress, Why the Dinosaurs Were so Big, to Relativity, the Higgs Boson, and Rope Hypothesis.
Read more
Other Formats: Audible Audiobook , Paperback 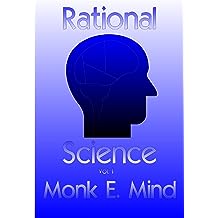 These subjects are covered in the book Curious Chain of Events, and is the first in a series of books. Learn the Rational Scientific Method and how to apply it to anything.
Read more
Other Formats: Audible Audiobook , Paperback 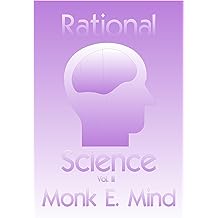 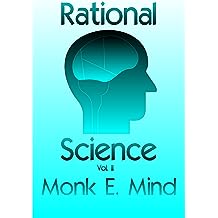 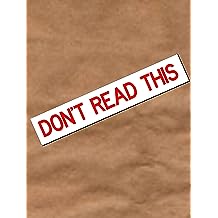 Don't Read This Jul 25, 2013
by Monk E. Mind
$0.99
Jay Walker is one of only a handful of people alive that truly understands reality. If you pay attention, you'll learn more in a dozen pages then you will warming a university seat for 12 years.

If you understand what he has to say, you will ever be the same. But... maybe it's better if you don't read this.
Read more 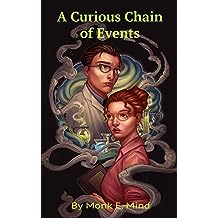 A Curious Chain of Events May 15, 2013
by Monk E. Mind
( 4 )
$9.99
A Curious Chain of Events seeks to address the main issues of science and philosophy. What is the difference between an object and a concept? What is truth and love? What does it mean to be alive, to have consciousness and intelligence? What is reality? What does it mean to exist? What is motion and what is time?

A Curious Chain Of Events is a story about the love between a man and his wife. Paul is a scientist and Rhonda was a philosopher. Paul is grieving over the loss of his wife who died recently in an auto accident. Rhonda is always on his mind, and he attempts to hold on to her memory by obsessing over their previous conversations. They were often on opposite sides, but Paul had learned to respect, and even depend on Rhonda's point of view. Paul comes up with many ideas while reliving their discussions, and is working on a number of projects at his company's laboratories centered mostly on synthetic biology, DNA, artificial intelligence, and various single celled organisms. Paul will do anything to keep Rhonda's memory alive. Anything.

Paul's company, LoTech Laboratories, has developed a new type of photo voltaic, oil eating bacteria, pollution absorbing phytoplankton, Large Cell Technology, Smart Jeans (yes, with a J) and more. Kept secret from the rest of HiTech Labs, Paul and a small team have created an artifical intelligence that lives in a neural network in a hidden lab. The story brings to the reader's attention many philosophical ideas and ethical concerns about the sanctity of life and bio technology.

Although the story is fiction, it is based on cutting edge science and technology. Be prepared to stretch your imagination and your reading comprehension. Expect to be challenged intellectually and philosophically, to expand your borders, and to possibly step out of your comfort zone.
Read more
Other Formats: Audible Audiobook , Paperback