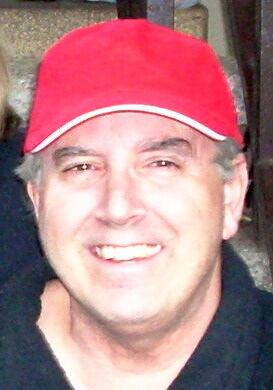 by Al Case (Author)
5.0 out of 5 stars 5 ratings
See all formats and editions
Sorry, there was a problem loading this page. Try again.
MONKEYLAND ~ ANOTHER WORD FOR FREEDOM... THE ULTIMATE TERRORIST She calls herself Betty Boop, and she is threatening 600 children with nerve gas. What she doesn’t know is that she is providing the motivation for an entire people to come together. INDIVIDUAL COURAGE His name is Tom Erickson, and he must rescue 600 children. To do so he must come face to face with Betty Boop; he must look her in the eyes and find out what has driven her to commit her heinous crimes. THE FATHER OF HIS COUNTRY His name is Elwin Jones, and yesterday he was a car mechanic. Today he must hold off the United States government long enough to rescue 600 children...and in the process put together a new country. A REAL WORLD Self serving politicians, heroic police contained by an incompetent bureaucracy, a news media that must choose between fact and fiction. AND IT COULD HAPPEN! The author lived in Los Angeles during the ‘Rodney King’ riots. He smelled the smoke and heard the gunshots. This is the first volume in the Monkeyland Series.
Read more
Previous page
Next page

Al Case began writing in 1967. He began martial arts the same year, and martial arts often seep into his work.

In 1981 he began writing for the martial arts magazines, and had his own column (Case Histories) in Inside Karate.

He is the discoverer of Matrixing and Neutronics.

In 2003 he established Monster Martial Arts and began selling books and courses having to do with matrixing and a wide variety of Martial Arts.

He has written near two million (2,000,000) words on the martial arts, including over 30 novels, over 500 articles, probably a hundred training manuals, and more.

He currently resides at Monkeyland, a martial arts retreat in Southern California.

Kindle Customer
5.0 out of 5 stars Worth every penny
Reviewed in the United States 🇺🇸 on May 28, 2014
Verified Purchase
Where to start... I thoroughly enjoyed this book. It starts out with white supremacist terrorists taking over a predominantly black school and holding the hostages for ransom. The school takeover and subsequent callousness of the terrorists actions, however, is merely the backdrop for the books main story, and that is an awakening of personal responsibility on the part of the members of South Central.

I liked how the author gave voices to both sides of the racial/political divide. While reading, the characters had great depth to them and I can't wait to continue the journey through the Monkeyland series.

Amazon Customer
5.0 out of 5 stars Pretty good read
Reviewed in the United States 🇺🇸 on June 8, 2021
I got a copy of the book from the author and read through it. The book is well written with a likely plot for the times we live in now. I like the way the author fills the reader in on the background of the lives of the main characters in the story. You get to know the characters and really feel the part that they play in the story. I enjoyed the book and would recommend it to those who enjoy a good read about likely scenarios that could take place in our current society.
Read more
Helpful
Report abuse

kenny dutton
5.0 out of 5 stars A Great Read
Reviewed in the United States 🇺🇸 on August 10, 2014
I ended up loving it. After the first chapter I wasn't sure if the book was for me but thought I'd give it a chance. After the second, I read it all the way through the same day. It's a page turner. Beware, you won't get much else done the rest of the day so read it when you have spare time.
Kenny
Read more
Helpful
Report abuse
See all reviews