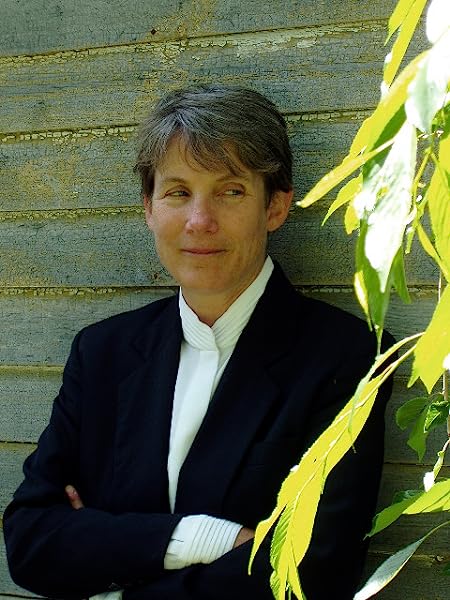 by Carolyn Gage (Author)
3.6 out of 5 stars 2 ratings
See all formats and editions
Sorry, there was a problem loading this page. Try again.

Finally! A book for lesbians who are tired of “passing” at auditions and in acting classes and workshops! Here at last, from one of the most talented and inventive contemporary playwrights, is a book of thirty-two monologues and sixty scenes by, for, and about lesbians. This collection includes scenes with characters taken from lesbian history: Jane Addams, Charlotte Cushman, Joan of Arc, Calamity Jane, Sappho, Babe Didrikson, Benedetta Carlini, Renée Vivien, Natalie Barney, and Eva LeGallienne. It also includes women from history whose sexual orientation may or may not have been documented, but whose survival strategies resonate with strategies of lesbians. These strategies include the separatism of Hildegard von Bingen, the confrontation of sexual violation in the art of Artemisia Gentileschi, the liberation struggle of Harriet Tubman, the repression and denial of Louisa May Alcott, the resistance of Mary Mallon (“Typhoid Mary”).
Read more
Previous page
Next page

For complete bio and vitae, go to www.carolyngage.com.

Carolyn Gage is a playwright, performer, director, and activist. The author of nine books on lesbian theatre and sixty-five plays, musicals, and one-woman shows, she specializes in non-traditional roles for women, especially those reclaiming famous lesbians whose stories have been distorted or erased from history. She won the 2011 Maine Literary Award in Drama, and in 2009, her collection of plays The Second Coming of Joan of Arc and Selected Plays won the Lambda Literary Award in Drama, the top LGBT book award in the US. All of her books and plays are available online at www.carolyngage.com.

Gage tours internationally in her award-winning, one-woman play, The Second Coming of Joan of Arc, offering workshops and lectures on lesbian theatre. In 2012, her new musical about Babe Didrikson premiered in Phoenix, and her play The Countess and the Lesbians premiered at the Dublin International Gay Theatre Festival, where it was reviewed by The Irish Times and sold out the run. In 2012, her collection Starting from Zero: Short Plays about Lesbians in Love was published. In 2008, two collections of her plays were published: Nine Short Plays and The Second Coming of Joan of Arc and Selected Plays. In 2009, a revised and expanded version of her collection of Monologues and Scenes for Lesbian Actors was published, along with her anthology The Spindle and Other Lesbian Fairy Tales. In 2014, she was one of six international playwrights whose work was featured at the UNESCO-sponsored World Theater Day in Rome.

In 2004, her play Ugly Ducklings was nominated by the American Theatre Critics Association for the prestigious ATCA/ Steinberg New Play Award, an award with given annually for the best new play produced outside New York. It won the Lesbian Theatre Award from Curve Magazine, and a $150,000 documentary on the play premiered at the Frameline International Film Festival in San Francisco. The Anastasia Trials in the Court of Women was named national finalist for the Jane Chambers Award given by the Association for Theatre in Higher Education. Receiving top reviews in Miami and in Washington, DC, it was the subject of a feature article in The Washington Post. Her one act, Harriet Tubman Visits a Therapist, was presented at Actors Theatre of Louisville in the Juneteenth Festival of African American plays. It was a national winner of the Samuel French Off-Off Broadway Festival, and is included in Random House's anthology Under 30: Plays for a New Generation.

Gage's musical, The Amazon All Stars is the first lesbian full book musical ever published by a mainstream play publisher. Published by Applause Books, it is the title work of an anthology of lesbian plays that was a national finalist for the Lambda Literary Award. Her manual on lesbian theatre production, Take Stage! How to Direct and Produce a Lesbian Play was published by Scarecrow Press. The University of Oregon has acquired her personal papers for their Special Collections Archive.

Gage has lectured at Tisch School of the Arts at New York University, and she has been a Guest Lecturer at Bates College in Maine. She has won the Oregon Playwrights Award from the Oregon Institute of Literary Arts. She has also been awarded grants from the Maine Arts Commission, the Maine Women Writers' Collection at the University of New England, the Walden Writer's Fellowship from Lewis and Clark College, the Oregon Institute of Literary Arts Writer's Grant, and the Oregon Arts Commission Individual Artist Grant. In 2005, she won the national Lynda Hart Memorial Grant from the Astraea Foundation. In 2010, she spent three months as a Artist-in-Residence at the Wurlitzer Foundation in Taos, New Mexico.

One of the most prolific feminist playwrights in the world, Carolyn Gage is a dynamic speaker and a powerful role model.

Kimberly
3.0 out of 5 stars Nice monologues, but not for me
Reviewed in the United States 🇺🇸 on December 12, 2014
Verified Purchase
They were nice yes, but I didn't find one that suites me. I ended up finding one out of a book in the library instead.
Read more
Helpful
Report abuse
See all reviews