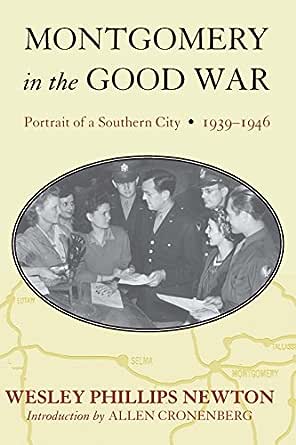 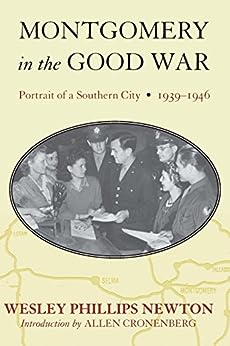 "An entertaining account of how one southern city experienced the Second World War. . . . A native of Montgomery, . . . Newton employs this personal touch effectively, producing a human portrait of the war's impact that is also grounded in historical evidence. . . . Newton offers a well-written, colorful, and effectively impressionistic portrait of Montgomery during World War II that is valuable to all readers."
—Alabama Review

"Newton's history of Montgomery during the Second World War will delight readers. Using remembrances, letters, personal interviews, and newspapers, Newton is able to re-create the complicated military and naval campaigns of the war as well as the activities of those who stayed at home. He describes the history of the city from a sleepy little southern town divided by race in 1939 to a city much changed by the war's end."
—Robert Jakeman, Auburn University

"This is an engrossing book, bursting with lively anecdotes and personal stories. It reconstructs, as few other books have, the wartime scene in an urban place. To read Wesley Philipps Newton's ‘portrait of a southern city’ is to discover how Montgomerians, black and white, experienced World War II and how they, as citizens and soldiers, dealt with wartime dangers, anxieties, and losses. The book is particularly effective at linking the home front to the battlefront, in personalizing the war by connecting the stories of those left behind to those overseas."
—Journal of American History
--This text refers to an out of print or unavailable edition of this title.

Wesley Phillips Newton (1925-2012) was Professor Emeritus of History at Auburn University and coeditor, with Robert R. Rea, of Wings of Gold: An Account of Naval Aviation Training in World War II.
Allen Cronenberg is former Director of the Center for Arts and Humanities at Auburn University and author of Forth to the Mighty Conflict: Alabama and World War II.
--This text refers to an out of print or unavailable edition of this title.