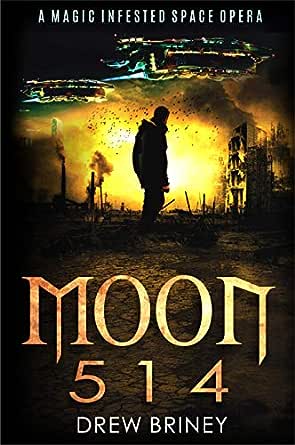 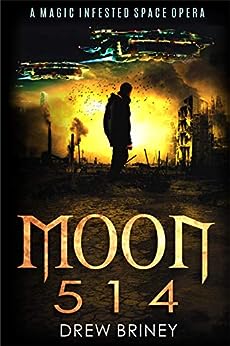 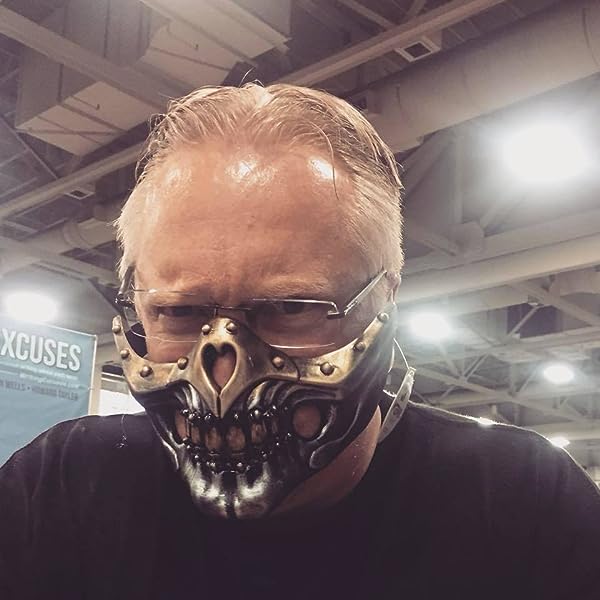 Mike Brown
5.0 out of 5 stars A story like no other
Reviewed in the United States on May 13, 2019
Verified Purchase
What a great story! The combination of fantasy and science-fiction is amazingly put together. I am not a big fantasy fan, but I am a big science-fiction fan and I extremely enjoyed this book. I think you will too and can't wait for the second or demand one if none is ready yet. Great job Drew .
Read more
One person found this helpful
Helpful
Report abuse

Bethany Sturgeon
5.0 out of 5 stars Twists and turns
Reviewed in the United States on May 2, 2014
Verified Purchase
I could not put it down - it is extremely engaging and I couldn't wait to start the next chapter. I'm so anxious for the next book to come out! The science fiction characters are quite interesting; and it's difficult to find an author who has such great imagery. It also has a unique vision of space travel. A post-apocalyptic book that gives hope for the future!
Read more
3 people found this helpful
Helpful
Report abuse

Auralee
5.0 out of 5 stars Sci-Fi Thriller
Reviewed in the United States on May 6, 2014
Verified Purchase
I love the twists and surprises, the unique ideas and visions for the future, and the amazing imagery found in Moon 514. The bad guys create some very tense and brutal areas. This guy really knows how to make very bad guys! The author’s play on aliens is very unique, interesting and delightful. I sure hope he finishes the next book soon!
Read more
2 people found this helpful
Helpful
Report abuse

Danielle Carpenter
4.0 out of 5 stars Stange view of an apocalyptic world
Reviewed in the United States on April 2, 2019
This is an interesting and strange view of humanity in an apocalyptic world. Blaze and Evelia stand out and lead the humans of this strange mix of technology and magic. For me, I feel it is the continued genetic experiments that lead the magical woman to be able to help Evelia use what would be called psychic powers. (using the energy around to something different) It's only magic when we don't understand how it is done, example the witches that healed people using herbs in the middle ages. The narrator was good and held your interest, but did not separate voices, so sometimes I would wonder who's mind I was actually in at the time. I have to say what was the 2nd to last chapter really about. Is it a teaser for a new book, or just a reminder that our world can never be perfect? For me; it was out of place and wrong to put it here. It should have been put as the prologue or the first chapter of the next book, otherwise this story is well-written.
Read more
One person found this helpful
Helpful
Report abuse

Meghan
5.0 out of 5 stars Un-put-downable
Reviewed in the United States on May 8, 2014
When I was a kid in the 1980s, I watched this cartoon called ‘Visionaries’, set in a post-technology world where civilization has reverted back to the use of magic. Now, reading Drew Briney’s ‘Moon 514’ and its fascinating setting where technology is used alongside magic, I can’t help but feel a twinge of nostalgia—and excitement.

In ‘Moon 514: Blaze and the White Griffon’, set in a post-apocalyptic world where there is only a very thin line between survival and extinction, mankind has been reduced to a small community of people who are barely thriving. Blaze is among those whose task is to ensure the protection and safety of the community. But when failing at this, and even charged with treason by the very people Blaze had trusted over the years, Blaze is at the end of his tether when a fierce encounter with a band of powerful beings shows him that his fighting skills—considered legendary in the community—are no match against the kind of power the aliens have. With his back pushed against the wall, and knowing he has nothing to lose, Blaze leads the last of the survivors by finally embracing what they believe is their only chance against the aliens: blending technology and magic.

The story reminds me of that oft-repeated quote that, more or less, says: to a primitive civilization, advanced technology can seem like magic. In ‘Moon 514’, however, author Drew Briney takes it to a pulse-pounding level that I believe will look great on the silver screen, too. I immensely enjoyed reading this book, and I highly recommend it to fans of the genre. ‘Moon 514’ deserves all the five-star ratings it eventually receives. Get your copy today.

Bookman Bruce
5.0 out of 5 stars Imaginative and Captivating
Reviewed in the United States on May 12, 2014
Whenever an author takes on the task of reimagining life as we know it, it is surely a big and hefty job. Especially when they try to make it a plausible shift.... something that is credible, that makes you think, "hey, it could happen..."

When technology and magic evolve together, the world shift and changes. After a third holocaust humanity is left beaten, withered and barely surviving. That's where Blaze comes in -- trained to protect what little is left of humanity, the responsibility is great. When Blaze fails at this task -- he quickly finds everything he knew turned upside down, and that everyone he trusted is now against him.

This story is well-written, fast paced and has a great unique viewpoint on how the impossible is possible. The story moves and weaves quickly, and each step seems logical yet is surprising. This reimagining of a future based in the destruction of the human race is one you won't forget!
Read more
4 people found this helpful
Helpful
Report abuse

M. Hamilton
5.0 out of 5 stars Unforgettable, imaginative, and unbelievably exhilarating
Reviewed in the United States on May 17, 2014
To state that this was a breath of fresh air to read is, well, an understatement. This is one of those books that provide such a visual and great read that it makes you think “I wish that they made THIS into a movie!”. So many books get made into movies within this genre that are poorly constructed, but this I think would do well in that form. Going through this book while following Blaze's journey was a great read, and trying to figure out the resolution to this story kept me from putting this book down.

I started to flip through this book in the morning and read through it through the day. Honestly, I'd recommend it to anyone that likes interesting blends of scifi and fantasy. And I'm glad that I gave this author a chance, as I will certainly be following all of Drew's future books! Loved it!
Read more
2 people found this helpful
Helpful
Report abuse
See all reviews