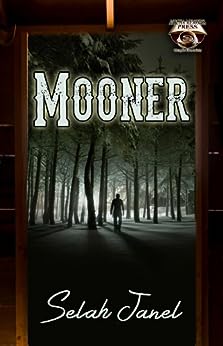 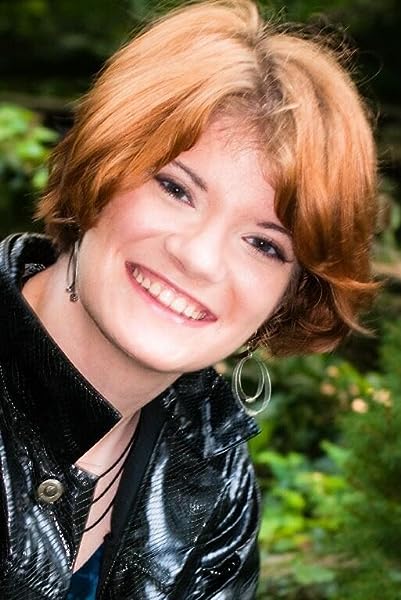 Sandy L. Wolters
4.0 out of 5 stars There are things that live in the woods that will hurt you.
Reviewed in the United States on June 12, 2012
Verified Purchase
Book: Mooner
Author: Selah Janel
Genre: Horror
Length: 20 Pages

This story takes place in the late 1800s and focuses on the evil ways of loggers enjoying themselves at that time. Big John is seen as the camp golden boy. He's been logging and throwing his money to drink for many years. There are a few men that take the logging job to save for their future. Bill is one of the good ones. Big John sees an easy way to steal the naive Bill's money and belongings in Red's Saloon. Fortunately for Bill, the saloon keeper and his wife are watching out for him and will call on a Mooner to save his life and small fortune. This was a really good, creepy read.
Read more
Helpful
Report abuse

Andrew Blankenship
5.0 out of 5 stars A solid, scary story
Reviewed in the United States on January 28, 2018
Verified Purchase
A well-written and creative story with an original supernatural protagonist and plenty of original surprises. Also, the it was set in the mostly underused and forgotten logging camps, which is a rich and undeveloped setting.
Read more
Helpful
Report abuse

Rina
4.0 out of 5 stars Definitely not dozy!
Reviewed in the United States on March 17, 2012
Verified Purchase
A fun and gore-splattered twist on the whole horror genre. Loved all the historical tidbits and language. The characters were bawdy and entertaining and you get a real sense of how tough it would have been to be a logger back then. All they'd look forward to is a stiff drink (or ten) at the end of a hard day and then some creature comes along and scares the water out of them! Selah takes great delight in grossing readers out, but in a good way! This story was a ripper read and over far too quickly for me. I wanted more :)
Read more
Helpful
Report abuse

Amanda
5.0 out of 5 stars A Great Read! You'll have a hard time putting it down.
Reviewed in the United States on January 25, 2012
Verified Purchase
I only ordered 'Mooner' a few hours ago and I am more than 50% through it. And I hate to put it down. Its very entertaining. There is not character within the book who doesn't have character and though that may sound redundant its very true. I am very much enjoying the book and would recommend it to anyone looking for something refreshing to read. I can't wait for more from the Author for sure and I absolutely can't wait to pick it back up in the morning.
Read more
2 people found this helpful
Helpful
Report abuse

Cherie Reich
3.0 out of 5 stars A fun horror read!
Reviewed in the United States on February 22, 2012
Selah Janel's MOONER drops the reader into a historical saloon where the whiskey isn't the only drink in town.

Bill has his life planned out: earn a fast paycheck in logging, get out of town, and settle down with a new wife. Big John, however, has other plans for his friend. When the two enter Red's Saloon, everything changes. A mysterious recluse has a proposition for the two men. Bill must figure out how to satiate the recluse's strong thirst, or he might lose everything he's worked for.

MOONER builds the tension to a surprise ending. Janel does a brilliant job making readers feel like they're in this late 19th century saloon in a cold logging town. The dialogue felt realistic. A few of the characters were a bit clichéd, such as Big John, but I enjoyed how the story progressed. The creepiness seeps into the pages. The mention of the Mooners is brilliantly placed, and the creation of this vampire-like creature is fascinating. For me, some of the details slowed the pace at the beginning, but it picked right up to the very end.

MOONER by Selah Janel creates a tense horror leaning toward the psychological and building up to a gory ending. It's a quick and fun read.
Read more
One person found this helpful
Helpful
Report abuse

Mrs. Diane Jeanette Beaver
4.0 out of 5 stars Good reread
Reviewed in the United States on September 23, 2017
Good Halloween story. Tell it my the campfire.
Read more
Helpful
Report abuse
See all reviews
Back to top
Get to Know Us
Make Money with Us
Amazon Payment Products
Let Us Help You
EnglishChoose a language for shopping. United StatesChoose a country/region for shopping.
© 1996-2021, Amazon.com, Inc. or its affiliates