You've subscribed to The Turning Stone Chronicles! We will preorder your items within 24 hours of when they become available. When new books are released, we'll charge your default payment method for the lowest price available during the pre-order period.
Update your device or payment method, cancel individual pre-orders or your subscription at
Your Memberships & Subscriptions
There was an error. We were unable to process your subscription due to an error. Please refresh and try again. 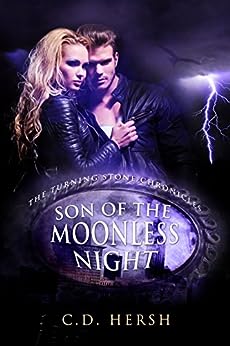 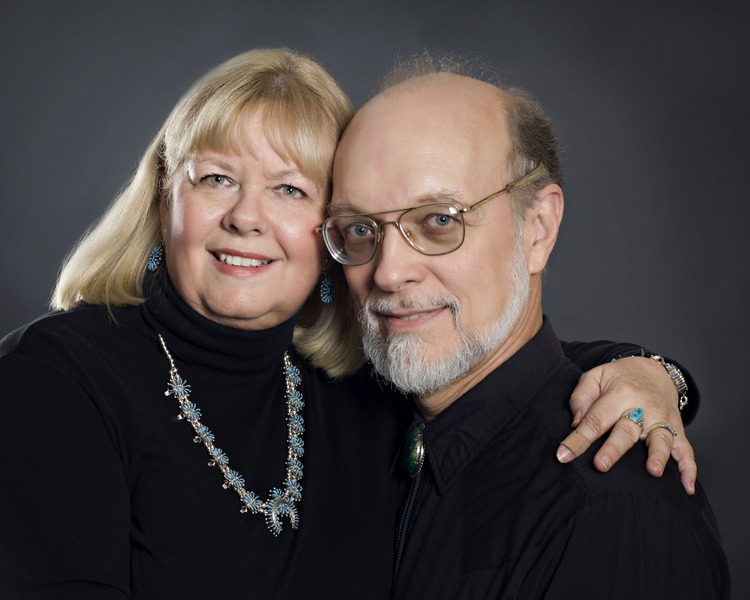 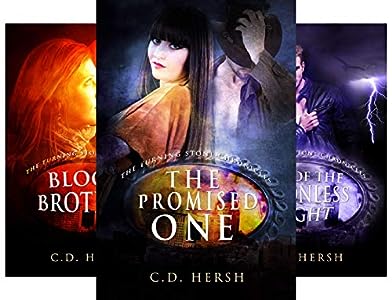 Jennette M. Heikes
4.0 out of 5 stars Explosive continuation of the Turning Stone series
Reviewed in the United States on July 3, 2015
Verified Purchase
The Turning Stone Series continues! Tons of great conflict and angst as Owen, "Son of the Moonless Night" and Katrina, professed shape-shifter killer, see that nothing is black and white, and everything challenges their beliefs, forcing each to choose which side they're on. Would have liked to see more of the battle near the end, but still an excellent read. Looking forward to Book 4!
Read more
Helpful
Report abuse

SunshineAngel
5.0 out of 5 stars Fabulous Book Three
Reviewed in the United States on July 16, 2015
Verified Purchase
I would recommend this book to anyone who loves any kind of fantasy. The characters are believable and likeable. Can't wait for more ...
Read more
Helpful
Report abuse

Val G
5.0 out of 5 stars Great Cover for a Great Story!
Reviewed in the United States on July 6, 2015
Having read the first two installments in The Turning Stone Chronicles, I looked forward to the release of Son of the Moonless Night. Needless to say, C. D. Hersh did not disappoint me! We see beloved characters from the first two books appear in this third book, and we meet some terrific new people.

I love a physically and emotionally strong heroine, and Kat fit the bill. She thinks fast on her feet, which is a good thing since she hunts dangerous paranormal beings. But little does Kat know that her world is about to turn upside down. She rescues a shape shifter (a terrific opening scene guaranteed to draw readers in), then decides to use him as a means of gaining much-needed information. What wasn’t on her agenda was falling deeply in love with this flawed man.

Owen is a man with a mission, seeking revenge for the death of his friend Roc, another shifter (and Rhys’s brother—yes, it’s a small world). Owen’s laser-focus is disrupted when Kat enters his life. I found the dialogue between Owen and Kat to ring true and rooted for their relationship even before they knew they were falling in love.

Son of the Moonless Night has tons of action, with some nice curve balls thrown in to keep you guessing. This is paranormal suspense at its best! You can easily read it as a stand-alone, but I’d recommend going back and checking out the first two books in the series, The Promised One and Blood Brothers for the full experience.
Read more
Helpful
Report abuse

Jo R.
4.0 out of 5 stars Enjoyed this Paranormal story
Reviewed in the United States on May 27, 2015
This was definitely an interesting, suspense filled story with plenty of side characters, and twists and turns to keep you entertained for an afternoon or evening of reading.

I enjoyed this paranormal story from C.D. Hersh. They dropped me into the action right at the start and I found myself curious as to where Owen came from and wanted to know more about what he was trying to accomplish throughout the story and why. Kat (Katrina Romanovski that is) is a great counter part to him, with her FBI background and her quick thinking. The fact that she's a hunter doesn't hurt either, especially considering the fact that she falls for one of the supernatural beings she's supposed to be hunting. No problem. Right?

Owen isn't your typical supe though. He's on a mission of revenge for whoever killed his buddy Roc. So in a way, he's hunting things too. Things a lot like him. You'd think he'd be primal to a fault, but he's not, most of the time. And he's so sweet with Kat (what criminal cleans and returns the things they've stolen?) that I smiled many times over during their interactions. I'm not surprised she found herself tripping head over heels for this guy.

I liked the fact that the story wasn't just about Kat and Owen, also. There are plenty of people to get attached to in Son of the Moonless night, and plenty of questions to keep you guessing what's what and who to trust throughout the book.

Thanks to C.D. Hersh for a complimentary copy to read and review honestly.
Read more
Helpful
Report abuse

Jennifer
5.0 out of 5 stars Another great book
Reviewed in the United States on June 12, 2015
Another great book! I love the way this book grabs you right from the beginning. And the characters are so well written, I feel for them as if they were close friends of mine. It's hard not to love Owen and Kat. I would recommend this book.
Read more
Helpful
Report abuse
See all reviews
Back to top
Get to Know Us
Make Money with Us
Amazon Payment Products
Let Us Help You
EnglishChoose a language for shopping. United StatesChoose a country/region for shopping.
© 1996-2021, Amazon.com, Inc. or its affiliates