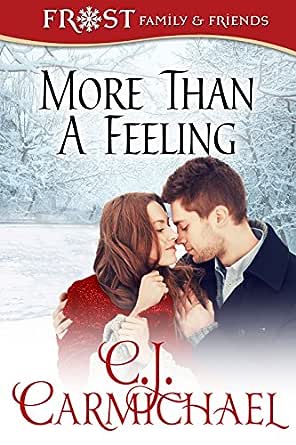 You've subscribed to Frost Family Christmas! We will preorder your items within 24 hours of when they become available. When new books are released, we'll charge your default payment method for the lowest price available during the pre-order period.
Update your device or payment method, cancel individual pre-orders or your subscription at
Your Memberships & Subscriptions
There was an error. We were unable to process your subscription due to an error. Please refresh and try again. 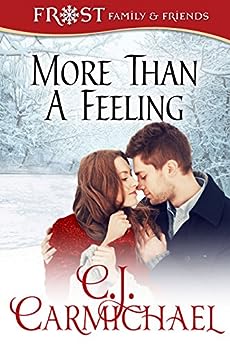 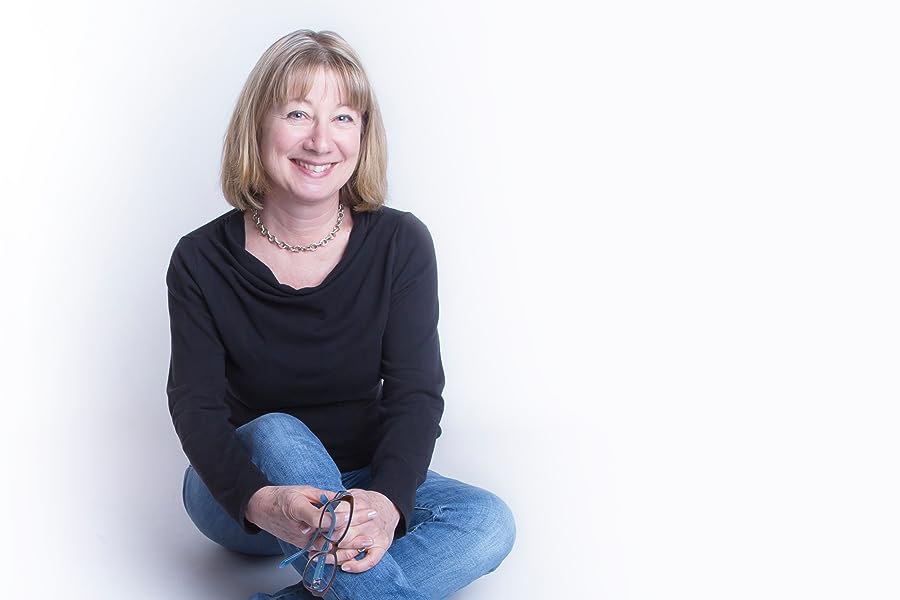 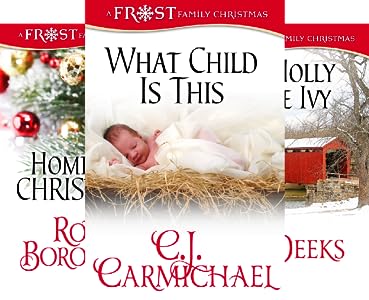 AmazonReviewers on More Than A Feeling:

"Carmichael'swriting is strong and descriptive, her characters believable and likable. Themystery kept me reading until the wee hours."
***
"CJCarmichael sucks you into a story you do not want to put down!"
***
"Iwas totally hooked within the first few pages...The characters were very likeablewith wonderful personalities, and I think the way the twenty-year-old secretwas revealed was perfect. I am looking forward to reading more books from Ms.Carmichael."
***
"If you're looking for a wholesome romance(without sexual details by the way) with a touch of mystery this isdefinitely one for you!"
***
"I was pulled in from page one and was hooked until the end. This book has everything I like, a love story, mystery, suspense a few twists thrown in...The characters are genuine and down to earth. The town of Carol Falls is a place anyone would enjoy calling home."
Amazon Reviewers on The Frost Family & Friends Series
"I am loving reading these books about the Frost family. It'sa little mystery, a little romance and a lot family."
***
"When I saw that C.J. waswriting a 4th book in the series, I was thrilled! I couldn't wait to return toCarol Falls and see what all of the characters were up to... If you're lookingfor a wholesome romance...with a touch of mystery...this is definitely for you!"
***
"The Frost Family & Friends books are heartwarming...withjust enough mystery added to keep you wondering."

Excerpt from More Than A Feeling...
From his years of acting legal counsel to criminals, Spenceknew how one evil action could set off a chain of events that ruined lives. Robinhad suffered so much, and yet he felt she had the power to rise above thetragedies. Her easy smile, the light that shone in her eyes when she wastalking about books or poetry, and her obvious intellect, were the tools thatwould get her there.

If only she could shake off this obsession with the man whohad hurt her sister.Perhaps he could help her with that.When they came to a fork in the path, Robin used her phoneto take a photo of the words, "The Road Not Taken," waving at Spencer to moveinto the picture.


He gave an obliging smile and when she'd finished, heswitched places with her, wanting a photo of his own. "So what's your road nottaken?"

"And to think I expected this to be a simple walk," shesaid, laughing. "I guess for me it's the life I would have had if...if my sisterhad never been kidnapped. But we've talked about that enough for one day.What's yours?"

Spence paused. He looked from the sign, back to her, thensighed. He'd told the people at work and his family that he needed an extendedholiday. But the truth went much deeper.
Though he'd studied hard in college and law school, andcontinued to bust his butt at the law firm in the years that followed, he'dactually been following the easy path. Doing what his family expected, insteadof making his own journey.

The offer of partnership--meant to be a huge reward for hisyears of hard work--was actually scaring him off. If he accepted, his futurewould be locked into place.
But--if he turned it down, he'd not only be walking away froma lot of money and prestige, he'd be breaking with family tradition andexpectations. Spence loved his parents, held them in the highest regard.Disappointing them would not be easy.

"I think I'm at that fork right now. It's why I'm in CarolFalls, taking this sabbatical."

"So you're not as committed to your job as you seem?"

He smiled. "I'm not going to answer that on the grounds thatanything I say might incriminate me."
* * *
On the drive back to Carol Falls, Spencer introduced aseries of lighter topics. Music and movies. Sports they'd played as kids andprofessional sport teams they cheered for now. Turned out they both lovedbaseball and the Boston Red Sox.

"You have to come to the city for the season opener," hetold her. "I've got great seats."

He could picture her wearing the Red Sox jersey, her longhair in a ponytail that she'd pull through the back of a baseball cap."Hamburgers or hotdogs?"

By the time he'd reached Red Bridge Avenue and was signalingfor the right-hand turn, he had her laughing with his story of taking hismother to her first ballgame. She hadn't understood anything about baseball andat the seven inning stretch had said to him, "This was so much fun, honey, butI'm glad it's over."

"I could tell how anxious she was to leave, so I justpretended the game had ended and drove her home."

Robin's laughter faded into a tender smile. "It sounds likeyou have a great relationship with your mother."

"With my dad, too." He knew he was fortunate. Especiallywhen he compared his childhood to hers. "I'm a spoiled, only child. That's whyI'm so selfish."

"Right. Selfish. That sounds just like you." She pointed outthe highway to Stowe. "I live up that road."

He'd like to see her place. Maybe get invited inside."Should I take you there now?"

"No. I left my car downtown. If you could drop me off by thepolice station that would be great."

"Sure." He drove over the covered bridge--one of manycharming things about this town, he'd already taken several photos of it--thentook the traffic circle to Main Square. He hoped they'd had enough fun thathe'd distracted her from Allan McGuire and the drama that had made her sounhappy earlier in the day.

He parked next to her SUV, a soft green Subaru. "I have towork tonight, but how about I take you out for dinner tomorrow?"

"Spencer. I really enjoyed myself this afternoon. But itdoesn't seem like a good idea for us to keep seeing one another."

Logically he had to agree. But if he only cared about logic,he wouldn't be in Carol Falls in the first place. "I enjoy talking with you.And I have the impression you feel the same."

"I could cook for you. At my chalet."

He reached out to smooth her hair away from her face. "Thatwould be even nicer."

USA Today Bestselling author C. J. Carmichael has written over 45 novels in her favorite genres of romance and mystery. She has been nominated twice for the Romance Writers of AmericaRITA Award, as well as RT Bookclub's Career Achievement in Romantic Suspense award, and the Bookseller's Best honor.

She gave up the thrills of income tax forms and double entry book-keeping in 1998 when she sold her first book to Harlequin Superromance. Since then she has published over 35 novels with Harlequin and is currently working on a series of western romances with Tule Publishing. In addition C. J. Carmichael has published several cozy mystery series as an Indie author.

When not writing C. J. enjoys family time with her grown daughters and her husband. Family dinners are great. Even better are the times they spend hiking in the Rocky Mountains around their home in Calgary, and relaxing at their cottage on Flathead Lake, Montana.