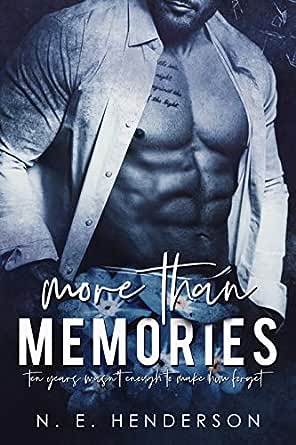 You've subscribed to More Than! We will preorder your items within 24 hours of when they become available. When new books are released, we'll charge your default payment method for the lowest price available during the pre-order period.
Update your device or payment method, cancel individual pre-orders or your subscription at
Your Memberships & Subscriptions
There was an error. We were unable to process your subscription due to an error. Please refresh and try again. 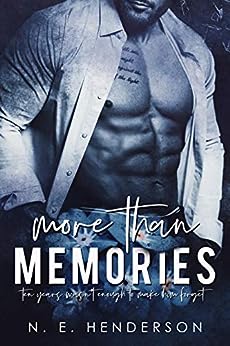 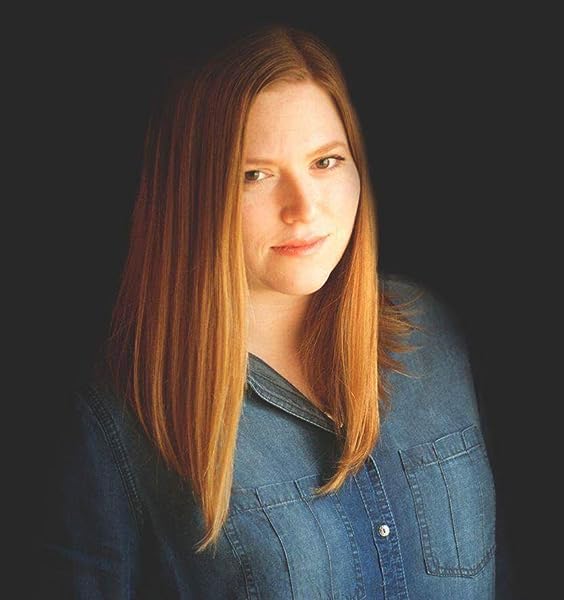 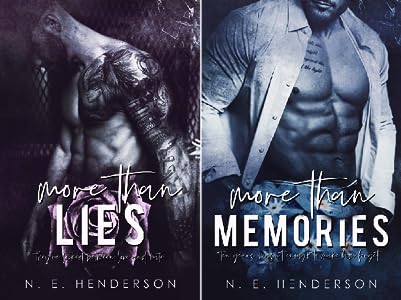 I absolutely loved. loved, loved, Whitney and Shane's story. The characters are amazing and easy to fall in love with. The story is well written and interesting. All around wonderful read. Highly recommend. - Radical Romance Book Blog
Such a wonderful heart melting, heart aching second chance romance. - Book Happiness
N.E. Henderson loves taking her readers on a roller coaster of emotions and this one was just as topsy-turvy as her other works. This love story is filled with twists that make you love some characters more and hate others worse. - Amazon Reviewer
Shane and Whitney were so well written and the perfect hero & heroine. - Goodreads Reviewer
Wow. This was an incredibly written story about love, loss, heartbreak, & betrayal. It captivated me from the beginning, and I could not put it down. - Goodreads Reviewer
A heartbreakingly beautiful read. - Goodreads Reviewer

4.7 out of 5 stars
4.7 out of 5
70 customer ratings
How does Amazon calculate star ratings?
Amazon calculates a product’s star ratings based on a machine learned model instead of a raw data average. The model takes into account factors including the age of a rating, whether the ratings are from verified purchasers, and factors that establish reviewer trustworthiness.
Top Reviews

Lisa
5.0 out of 5 stars Such an amazing novel
Reviewed in the United States on August 18, 2017
Verified Purchase
This was one of the best second chance romances I've read in a long time. Loved everything about this book. Shane and Whitney's love was so beautiful and their connection was amazing to read about.

Whitney and Shane were high school sweethearts until a horrible accident rips them apart. For a while Shane believes that his beloved Whitney is dead. That's what he and his family were told. He's devastated and feels like part of himself has died too. Years later he finds out she is alive but she is married to someone they knew from high school that she never even liked. But Shane tries to move on with his life. Then at a Halloween party, he comes face to face with the girl that still holds his heart. But she has no clue who he is.

Whitney has had amnesia for the last 10 years. She's married but has no true feelings for her husband. Most of the time she doesn't even like him. She only stays because of her daughters. But when she "meets" Shane, she is instantly attracted and drawn to him. Something she doesn't understand but she knows feels right.

This chance meeting leads them on a whirlwind path of reconnection and discovery of the deceit that they were both dealt 10 years ago. This book hooked me from the first page and I didn't want to put it down. I loved Shane and Whitney, her daughters, Everly and Emerson. All the secondary characters were amazing as well. Really hope we get more stories from this group of friends.
Read more
5 people found this helpful
Helpful
Comment Report abuse

Kat Ryker
TOP 500 REVIEWER
3.0 out of 5 stars Confusion Reigns
Reviewed in the United States on February 20, 2020
Verified Purchase
I was torn between 2 and 3 stars for this book on the first page. It needed an editor who knows the difference between set and sit, to start with. I highlighted about 30 places where the editing took a nose dive. Sorry, but that's the way it is. I am a technical reader. I want the plot to be CLEAR, not confused. I want the characters to be well developed and to stay true to themselves. But on top of all that, I want to NOT have re-read sentences that contain, not just typos, but silly, teenage grammatical errors. I also want a book that is written to an audience older than 20.

The term Steamy Contemporary Romance no longer means anything, if this book is to be considered. Sort of steamy, but incredibly teenagerish, if that's a word. I know part of it is because the main characters fell in love when they were teenagers and the story continues from there, but there were spots where I was unable to tell that Whitney wasn't 17 again. Her best moves were when she would do something, then say to herself, oh I shouldn't have done that. Right...someone who has been married for ten years and has two kids but can't find her butt with both hands. Someone who avoids sex with her husband, by lying, but can't find the will to leave him. Someone who watches her oldest daughter be bullied by her father, but does nothing to stop it.

I'll give it three stars here because I'm feeling generous, but I have no clue what book the five star reviews read. In the hands of a better writer and a better editor, this would have been a knock-out of a story, but slim plotting in places, combined with lackadaisical editing and characters that just couldn't grow up, tanked it.
Read more
Helpful
Comment Report abuse

Pearl Reads
5.0 out of 5 stars Absolutely Amazing
Reviewed in the United States on July 27, 2017
Verified Purchase
I absolutely LOVED More Than Memories. My heart broke for Shane in book 1 (More than Lies). I didn't know which direction this book was going to go. So when I started, I was completely surprised and loved every second of it.

Whitney has been through so much. When everything you know about yourself is a lie, how do you even begin to find the truth? Who do you trust when your memories betray you? Whitney has to figure all this out for herself and it is not an easy journey.

Poor Shane has accomplished so much in his life but at the core of it all, is loss. His life is filled with heartache and he can't seem to catch a break until one day Whitney unexpectedly walks right back into his life. The connection these two feel is strong but it is not an easy road for them. My heart hurt for these two.

Over all, this book was amazing. From beginning to end, I couldn't get enough. I fell in love with these characters in book one and after reading this book, I remembered why I love them so much. I can't wait for more books in the future. This book can be read as a standalone but if you want info on the other characters it would help to read More Than Lies first.
Read more
2 people found this helpful
Helpful
Comment Report abuse

jspence
VINE VOICE
4.0 out of 5 stars Wow, Lots going on
Reviewed in the United States on February 20, 2019
Verified Purchase
There was a lot going on in this book. The language is pretty vulgar at times but I guess the author thinks that people that do tattoos all talk like that. They don't. The story line was pretty far out there but that's what made it appealing I think. The only thing I didn't really like about it was that they stayed on the same subjects for too long instead of moving on. The scene or scenes that dealt with her re-entry, as it were, into their lives just seemed to go on forever. Other than that it was good. Lots of tear jerker moments and lots of angst. Colder people than her parents I have never seen though.
Read more
One person found this helpful
Helpful
Comment Report abuse

Chelle
5.0 out of 5 stars More Than Memories book 2
Reviewed in the United States on April 19, 2019
Verified Purchase
The storyline in this book about did me in. I wanted to crawl into this book and just hug Shane and tell him all would get better. This book is a true love forever romance. I laughed, cried, screamed and jumped for joy while reading this book. I can't wait to read more of what's on store for the rest of the crew. Loved it.
Read more
2 people found this helpful
Helpful
Comment Report abuse

Cindy Fong
4.0 out of 5 stars The heart knows what it wants....
Reviewed in the United States on July 27, 2017
Verified Purchase
Since her accident 10 years ago, Whitney has no recollection of her life from the time that she was born to being 18, all she knows is her life with her husband Blake and her two girls Everly and Emersyn. but deep down she felt like there was something more, something just out of her reach. It takes a chance encounter for her to come face to face with Shane and the Braden clan and all that knew her before. When she realizes she has been manipulated into a false life she will do all that she can to protect her daughters, but will her memories come back so that she can live the life she was supposed to?

I enjoyed the characters, they are well written easily relate-able. There are a lot of feelings between the characters and I found myself chuckling, and smiling at the interactions
Read more
One person found this helpful
Helpful
Comment Report abuse
See all reviews from the United States

Vikki
5.0 out of 5 stars Forever Remembered
Reviewed in the United Kingdom on April 1, 2018
Verified Purchase
I had already read the previous book, More than Lies and I knew it wouldn't be long until I read this book. I fell in love with all the characters in the previous book and thus one, the story was so captivating and engrossing, I couldn't get enough. Really love the authors style of writing.
Read more
Helpful
Sending feedback...
Thank you for your feedback.
Sorry, we failed to record your vote. Please try again
Report abuse