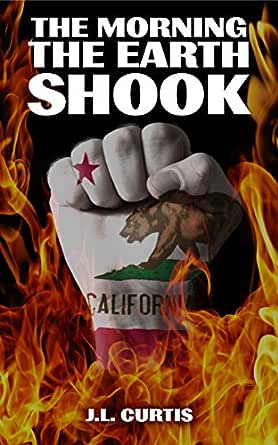 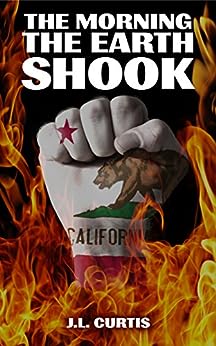 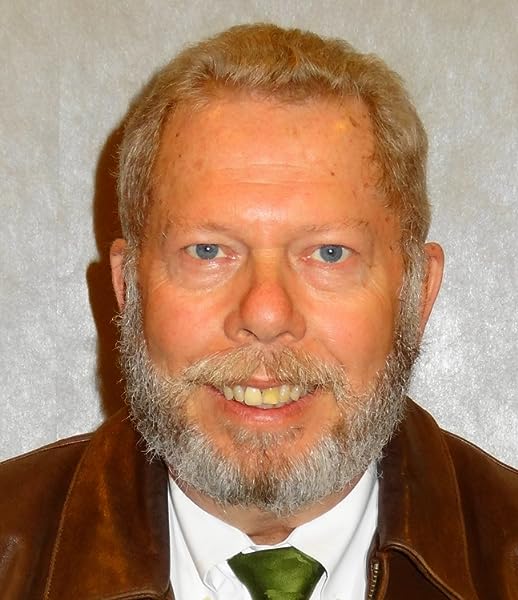 Tom Rogneby
5.0 out of 5 stars Engrossing page turner
Reviewed in the United States on June 30, 2017
Verified Purchase
Curtis put a lot of thought into what would happen to the large Navy and Marine bases in California in the event that Calexit happens. Like Fort Sumter, San Diego sticks out like a sore thumb in the heart of a break-away region, and leaders race to find a solution that doesn't end in a bloodbath. Curtis' characters are believable, as are their actions. There isn't much suspension of disbelief involved in this, especially if you've ever been in a place where the locals aren't exactly thrilled by your presence. This is a fast read, but you'll get hours of "what if's" and "how would I have done that" thinking out of it as well. Highly recommended.
Read more
6 people found this helpful
Helpful
Comment Report abuse

Kindle Customer
5.0 out of 5 stars When you open a can of worms, does an anthology crawl out?
Reviewed in the United States on July 28, 2017
Verified Purchase
What happens if the Moonbeam 2 Club for Progressive Narcissists and all its circle of mutual enablers rise up, get their wish, and take over California as their own exclusive club, no icky 'mericans allowed? This story is just too believable. I say this as a sixth generation California native. Too many here believe the mass media, learn nothing real from the public school system, and are happy and proud of their conformity to the Progressive catechism.

Mr. Curtis works the hubris of the New Order into the story quite well. Their quest is righteous, therefor whatever they do is right. Besides, they're far better educated than any of those military knuckle-draggers, and their plans reflect this. Hilariously, at times.

The Moonbeam 1 crew got a few memorable scenes (e.g. the lt. gov's culinary preferences) in Niven and Pournelle's "Lucifer's Hammer", but "The Morning the Earth Shook" is a more focused story. It moves along without getting side-tracked -- good -- but because of that the story is over too soon. So what happens to the regular citizens left behind who didn't drink the Kool-Aid but can't just pull up roots and go east? What's that I hear about an anthology?

claudette valliere
5.0 out of 5 stars Could it happen?? You bet it could
Reviewed in the United States on May 31, 2018
Verified Purchase
Damned fine read. Spoiler alert.

This one starts with Vice Admiral Matt Clayborn, Commander of the Third Fleet. Clayborn has heard loud explosions. Of course he knew his SEAL's would have had something to do with it. The leader of the SEAL's is Captain Mike James. A man who lost both is wife and his son to the murderous Brownshirts.

Mike has had his teams plant explosives and claymores at the bunker sites. Sites the Brownshirts want to get into. Unfortunately for them none of them are military and don't have clue how to disarm a bomb so many of them have been killed trying. Captain James is more than okay with that. If he had his way he and his SEAL teams would start mowing them all down. Unfortunately for him DC doesn't want any more bloodshed, so Mike has to curb his teams and himself.

Clayborn and his men are currently on North Island because the State of California decided they would leave the Union. All military men were to be arrested and all bases including Naval, Air, Army and Marine would be taken over by the Brownshirts who are the military arm of Governor Moonbeam. Of course the Brownshirts are no match for trained, well armed Marines and Navy SEAL's.

There have been riots and deaths. Some of the dependents of the base personnel have been killed but most have made it to safety. The Air Force has been landing with supplies.

Outside the wire the state is crawling with illegals from Mexico and South America. These people rob, murder and rape and no one does anything to stop them. These illegals are a big part of the force that is gathering. The Governor wants to take over the bases intact and rent them out to the Russians and Chinese who desperately want to take over those sites, intact of course.

Lt. Ramon Villanueva is Hispanic and a spy for the Vice Admiral. He has gone out many times looking for intel on what the Brownshirts and those with them are up to. By buddying up with many of the illegals he's found out that a big attack will be coming in several weeks. Villanueva immediately lets the Vice Admiral know what's going on and the Admiral relays it to DC.

DC decides that everyone needs to evacuate the bases and destroy everything they can't take with them. Its a process that will take weeks.

This one has Clayborn, James, Villenueva, the Marines, the SEAL's, a plan to get everyone out, a plan to get the ships out of harbor, a Governor and his advisors who haven't got a clue what they are dealing with, the Air Force and Navy fliers who's F-18's are loaded for bear, jets that will destroy the runways so they can't be used, jets that will destroy all the buildings, a riot at the old admin building, people at that riot who are wearing suicide vests, vests that explode killing hundreds and Admiral Clayborn doing his best to get his people out, save all he can, survive and make it back to the USA.

James Nealon
4.0 out of 5 stars An Exodus with Honor
Reviewed in the United States on July 21, 2017
Verified Purchase
This was an interesting novella, and a possible scenario incase of Calexit. This is an interesting answer to how you move a fleet from contested bases without suffering massive losses. The other problems alluded to were removing essential scientists and engineers, equipment, and highly sensitive data, and rendering anything unmovable into a useless heap of slag. It's a good down-time novella for junior officer and senior mid-level NCOs, along with us darned civilians - "what would you do and why? What's your strategy and plan?"

The action is quick and suspenseful, and told in relevant vignettes. The characters are fairly well written sketches - I know many of the personality types, and was filling in background and range of actions as mental shorthand. This is the same for Federal forces as well as Calexiters, right down to their dear leaders' preoccupation with all things green.

There are no good answers or shining triumphs; this is a story of change and losses. In the face of loss and misery, the Fleet finds a way to bring at least a marginal victory but at a large strategic and personal cost.

This is another good. solid product from Mr. Curtis, and is worth the price for the questions and the stories of duty and honor.
Read more
One person found this helpful
Helpful
Comment Report abuse
See all reviews

Stephen H (Limey)
5.0 out of 5 stars Read from start to finish
Reviewed in the United Kingdom on July 30, 2017
Verified Purchase
Another book by Mr Curtis that I could not put down. I wonder if it could happen like this? Rear Admiral.
Read more
Report abuse

Scott Osmond
4.0 out of 5 stars Make The Rubble Bounce!
Reviewed in Australia on December 2, 2017
Verified Purchase
After the results of the 2016 election some advocated for Calexit. This short examines what might happen with military bases in California. The navy and airforce aren't about to hand over billions of dollars of hardware and facilities.
Read more
Report abuse
See all reviews