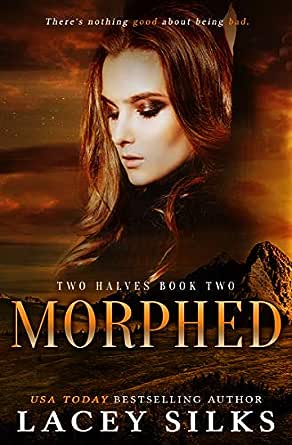 You've subscribed to Two Halves! We will preorder your items within 24 hours of when they become available. When new books are released, we'll charge your default payment method for the lowest price available during the pre-order period.
Update your device or payment method, cancel individual pre-orders or your subscription at
Your Memberships & Subscriptions
There was an error. We were unable to process your subscription due to an error. Please refresh and try again. 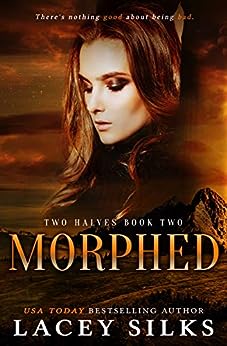 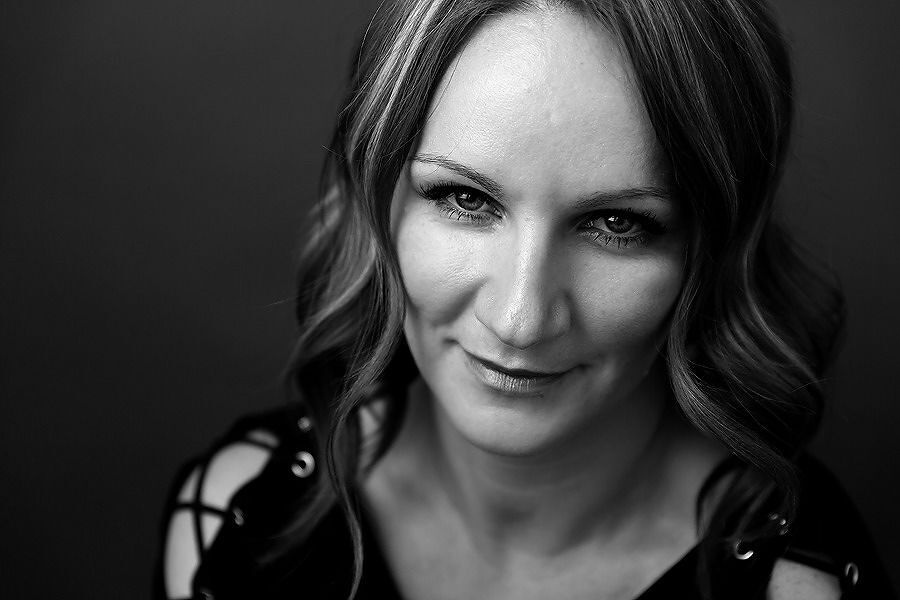 An Amazon Book with Buzz: "Chosen Ones" by Veronica Roth
"A stunning thriller/fantasy/sci-fi chimera like nothing I've read before." - Blake Crouch Learn more
click to open popover
Books In This Series (2 Books)
Complete Series 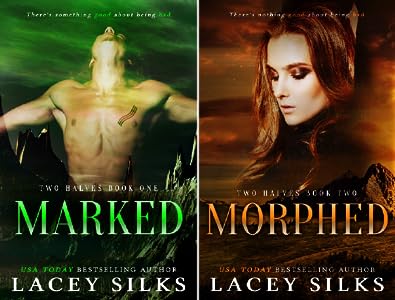 USA Today Bestselling Author Lacey Silks writes erotic and contemporary romances with a touch of suspense. She's a happily married wife with two kids who uses her husband to test out the more intimate scenes for her writing - he said he doesn't mind it at all. When she's not thinking about writing suspenseful and heart-throbbing yet gut-wrenching stories, Lacey enjoys camping and skiing with her family (not at the same time, but she also lives in a YOLO state of mind so you never know). She's an early bird by nature, but loves the nightly adventures with her hubby which provide good content for her books. Lacey likes to make her readers blush. She judges men by the size of their feet and loves sexy lingerie, though her favourite piece of clothing is a birthday suit.

Heide
5.0 out of 5 stars Love in many forms
Reviewed in the United States on May 19, 2019
Format: Kindle EditionVerified Purchase
Zander and Mira are now the parents to Violet a half human vampire. More then one person is trying to find Xela. It is hard to be a parent and protect your child from danger. Danger lurks everywhere. Their lives are all entangled for the prophecy. There are surprises. Will everyone be able to be with their mate? You need to get the book and find out.
Read more
Helpful
Comment Report abuse

Mary Jo Toth
VINE VOICE
5.0 out of 5 stars Loving this creative, amazing paranormal series
Reviewed in the United States on May 13, 2019
Format: Kindle Edition
The prophecy puts Mira and Xander in uncharted territory as they are now parents to a half-breed vampire, Violet. As they focus on protecting and raising her, they both have to deal with challenges in their own relationships. Xela is a ghost, is there any chance that she can return to Xander? And Ekim must finish his job for the Keepers. This is an amazing world that kept me enthralled. How this story enfolded kept me guessing with the wonderful twists and turns. For anyone that loves paranormal stories, this is a fantastic read but I don’t want to give away too many details. You need to experience the wonder of this universe for yourself. I voluntarily read an ARC of this book and this is my honest review.
Read more
Helpful
Comment Report abuse
See all reviews from the United States

Mira & Xander, as part of a prophecy, are asked to help raise one of only 2 Half Human - Half Vampire Hybrids. Mira falls in love with the newborn the second she sees her & although Xander takes a little longer, he's just as committed to being everything he needs to be for Violet!!🍼😍

As the years pass their bonds grow deeper, they're a tight knit family & their Mum even opens a flower shop in the small City they live in.🌺 Violet needs regular doses of a specialist tea☕, made from rare Amazonian orchids, to hide her heartbeat from Hell's Demon Seekers!!👀😱 It also allows the powerful Witch & now Grandma, to spend time teaching & guiding Violet!👍

Xander still pines for his lost love, Xela. Her ghost whispers his name at times & he smells her roses often!!🌹😢 He refuses to even consider moving on, convinced she'll find a way back to him one day!🙏💕
Mira still gets to see Eryk. Not often or regularly but it's more than poor Xander gets. Eryk was tasked by The Keepers with putting all of the escaped lost souls back into the 'Hereafter'! After 10 years his job is almost complete, there's only one that eludes him & he asks his girlfriend to help him get information from her Twin to trap Xela & send her away forever!😲 What will Mira do?😳

Violet has continued to grow into a beautiful, well rounded & mature young women. She has secrets from her Auntie Mira & Uncle Xander. He knows she tests a special serum💉, it lets her go much further afield than Mira would like, but they both realise it's something Violet needs to do! But she's hid something from him too for a number of years, it was to protect him!!🌹 She dreams nightly of meeting the other hybrid, Gabe. She has no idea where he is though & she's told she'll 'know' when they're supposed to meet! She desperately hopes that they'll like each other, she'd love to have someone in her life just like her!!😍

All hell breaks lose on Violets last serum test run.💉 She ends up near a Prison surrounded by Seekers. The serum is masking for now, thankfully!!🙈 Will her family get to her in time? Is there anyway Xela's ghost can help? Will she ever get to fulfil her destiny or even meet Gabe?😢🙏