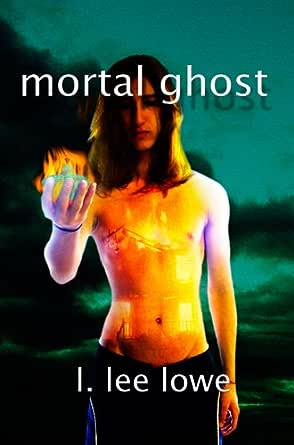 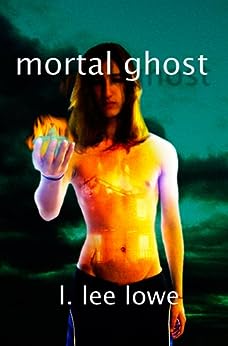 3.8 out of 5 stars
3.8 out of 5
78 global ratings
How are ratings calculated?
To calculate the overall star rating and percentage breakdown by star, we don’t use a simple average. Instead, our system considers things like how recent a review is and if the reviewer bought the item on Amazon. It also analyzes reviews to verify trustworthiness.
Top reviews

That being said, if you think this book is the typical paranormal book, where the boy goes on a grand adventure because of his powers, you’ll be sadly mistaken and ultimately disappointed. Because this is not that kind of book at all. In fact, the fact that he does have powers is but that is actually besides the point. Although some of the conflict does happen because of his abilities, that is not the main focus in the story itself.

This is about things that happen to many people--to too many young people--and what we do in order to deal and overcome them.

The story can be a bit messy at times, which adds dimension to the story, because life often isn’t orderly and precise, but quite complex and messy in itself. The prose was quite straightforward at times, but then could slide into melodic lyricism.

The story isn’t perfect by any means. The author had a habit of switching perspectives in the middle of a paragraph, which got a little confusing at times. And at one point it sort of got a little X-files-esque, a plot addition which, quite frankly, the story could have done entirely without.
Read more
One person found this helpful
Helpful
Report abuse

FantSweetGirl
2.0 out of 5 stars Not at all what I expected
Reviewed in the United States on July 10, 2011
Verified Purchase
The description of this book sounded very interesting to me. The story itself has great potential but the actual story was no good. I was confused the entire time I was reading. When I set the book down, I had to force myself to pick it back up and start reading again. The only thing I got out of the story was that this boy, Jesse is homeless until Sarah and her family allows him and his dog to stay with them. He also has an obsession with fire and has hallucinations. The writing jumped around a lot and while some things had great detail, others had a lack of detail. I still do not know if the dog was talking or if it was someone else. Red was also really confusing to me and Sarah's parents were very strange and I could not figure out if they could read minds or if they saw hallucinations or if they were crazy. I also did not like that the author flaunted his education, using large words in every sentence to the point that it was not fluent. I do not recommend this book to anyone because it was so confusing and nothing really happened in the story.
Read more
15 people found this helpful
Helpful
Report abuse

Mel Ann
2.0 out of 5 stars Drowning & Confusing.
Reviewed in the United States on March 12, 2013
Verified Purchase
This story takes forever to get going. The love story, if you could call it that, isn't very good. There isn't much I liked about it accept the dog (is it talking or not?!). The story is all over the place with so many secondary characters that it made me dizzy just trying to keep it all straight. The kid is interesting enough but the way the sentences are structured, not really 1st person, sorta 3rd person made me have a head ache. I was so confused on who the heck was talking half the time! Someone said that the writer throws their education in your face with huge words and what not and they were dead on. Just to paint the picture that two people are in a study talking felt like I had to have a degree in English Literature! If you are attracted to the book by it's cover and title, do not be fooled. It's far from a paranormal love story.
Read more
One person found this helpful
Helpful
Report abuse

JJ
2.0 out of 5 stars Hard to Describe
Reviewed in the United States on November 7, 2012
Verified Purchase
From the blurb, it sounded like an intriguing supernatural YA book, and I enjoy the supernatural genre quite a lot. This book starts out as really interesting, and there are so many parts of it that really drew me in...but then it kept on piling on more storylines. Then, the storylines and characters got stranger and stranger. It kind of veered into true scifi, which was fine IF it made sense, but unfortunately to me it did not. The sexual stuff was most definitely not necessary and really turned me off the book totally. The writer is clearly very smart and well-spoken, it just seems like too many things were crammed into one book here. In the end, it was totally and utterly confusing and odd. A shame because the story had great potential.
Read more
One person found this helpful
Helpful
Report abuse

IReadTooMuch
5.0 out of 5 stars Mortal Ghost......I liked it!
Reviewed in the United States on May 27, 2011
Verified Purchase
I got this book free on Kindle and was pleasantly surprised. Jesse is a homeless young man with some very special gifts who gets picked up and brought home by Sarah. Sarah, her mother Meg, and her father Finn, convince Jesse to stop running and help unravel the mysteries surrounding his past, his many talents, and the death of Peter (Sarah's brother). There are many different facets to this story ranging from sexual abuse, rape, torture, secret organizations, AI, and paranormal happenings, but they are all woven into one cohesive and interesting plot. Jesse was a really likable character, well written and thought out. Sarah was also very likable (despite a couple of highly questionable decisions she made). The only issue I had with the book has to do with a lack of explanation about what exactly Finn was up to and the reasons why Peter died the way he did, but overall I really liked this story. The book is beautifully written, the author is very talented with words and obviously very well read. I recommend it! Enjoy!
Read more
20 people found this helpful
Helpful
Report abuse

Amazon Customer
3.0 out of 5 stars I liked the book
Reviewed in the United States on July 15, 2014
Verified Purchase
I liked the book, at least to a point. I didn't finish reading because it drug on and seemed to have no end. I just couldn't stick with it. Maybe people with more staying power can finish it. It's not a terrible book, it just doesn't get you hooked and keep you hooked.
Read more
One person found this helpful
Helpful
Report abuse

Edith
1.0 out of 5 stars Very Confusing
Reviewed in the United States on April 18, 2012
Verified Purchase
When I chose this book the title captured my attention. Little did I know that the title really had nothing to do with the story. I am still not sure what this story was about...I thought I had it figured out when the photographs of Jesse were vague, but the Vulcan mind meld with the supercomputer just confused the entire story line more then it already was. There were many interesting ideas here, but none of them were ever developed fully or logically concluded. Oops and then a new preternatural super power appeared. Bottom line: not a good book.
Read more
One person found this helpful
Helpful
Report abuse
See all reviews

Kindle Customer
3.0 out of 5 stars Intriguing but a bit dense
Reviewed in the United Kingdom on December 21, 2012
Verified Purchase
The storyline, of a sixteen year old boy with paranormal abilities and certain events that try to enable to understand these gifts, is appealing. However it was weighed down by a "scientific" rationale. Whilst this was an interesting take on the paranormal, the multiple story arcs and the need to explain everything became a bit too dense for me. It was an interesting reading as a freebie, with some thought provoking ideas.
Read more
Report abuse

Nigel Harris
4.0 out of 5 stars Too Much Plot
Reviewed in the United Kingdom on June 9, 2011
Verified Purchase
There is so much good in this but there is enough plot for at least three books. If you have this much plot the book needs to be much much longer. As it is; the reader is presented with several mysteries, none of which are truly resolved. Dream sequences are often used, much of the imagery used is dreamlike. This bleeds into the entire novel and just as dreams are not explained neither is much of what happens. Despite this I very much enjoyed reading this and would really love a sequel.
Read more
Report abuse

L. Frost
3.0 out of 5 stars It had potential
Reviewed in the United Kingdom on June 1, 2011
Verified Purchase
This book has some brilliant characters and some great potential but I feel though it was a good book it got a little crowded and confusing towards the end and I didnt find out as much about the chracters past as I would have liked. However it was an alrite read and there was a happy (sort of) ending and for it being free I can't complain too much. Get it while its free.
Read more
2 people found this helpful
Report abuse

Abbi G
1.0 out of 5 stars Not for me
Reviewed in the United Kingdom on July 14, 2013
Verified Purchase
Book was to crowded and confusing for my likening, wont be reading this book again and will be deleting from kindle
Read more
Report abuse

Mad Mummy
4.0 out of 5 stars Four Stars
Reviewed in the United Kingdom on September 18, 2014
Verified Purchase
Good
Read more
Report abuse
See all reviews
Back to top
Get to Know Us
Make Money with Us
Amazon Payment Products
Let Us Help You
EnglishChoose a language for shopping. United StatesChoose a country/region for shopping.
© 1996-2021, Amazon.com, Inc. or its affiliates