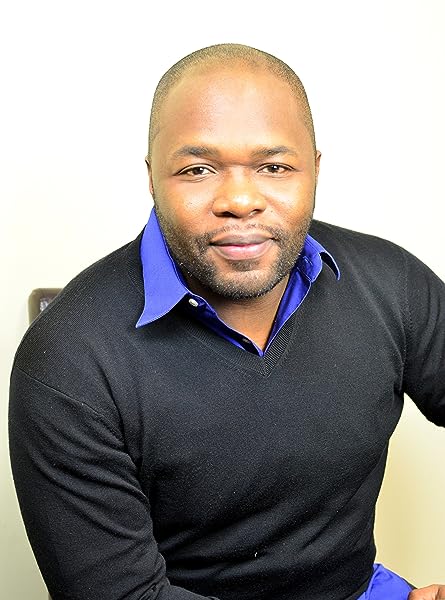 An Amazon Best Book of July 2020: This is a story about triumphing over adversity, of mentorship and personal investment, of sports and endurance, and of faith—in yourself, in others, and your team. Arshay Cooper was part of the first all-Black high school rowing team, a feat that landed him on the cover of the Chicago Tribune. It would also catapult his life that at one time seemed destined for destruction—“it takes a village to raise a child, and our village is gang members, drug dealers, drug addicts, and prostitutes. It’s easy to become a product of this”—to higher education and the professional world. At first the very thought of a Black rowing crew was laughable to Cooper and his friends: “you ain’t gonna get black people rowing down the lake like slaves.” But the discipline and commitment of the coaches and the opportunities they promised drew him in. “I am done with my old life. I choose rowing. I choose a future.” And so begins the pursuit of rowing in unison, which would expose Cooper and his teammates to college campuses, different states, internships and jobs. In some ways this is a memoir of underdogs fighting their way to the top, but it’s also about how an entire population is left out of the opportunity loop and how a seemingly small thing like sports can change lives.—Al Woodworth, Amazon Book Review

USA Today “5 Books Not to Miss”

"Uplifting and always enlightening.... [A Most Beautiful Thing] is a coming-of-age story told with the benefit of adult insights and mature hindsight.... This book is less about this specific sport than how that sport becomes transformative, empowering some kids, giving others a direction."
―Chicago Tribune

"Cooper details how he and his teammates experienced racism and discrimination in the community around the boathouses the team traveled to and how they took a risk in trying a mostly all-white sport that had never seen anyone like them before―and how it ultimately transformed his life."
―Sports Illustrated

"Spirited... memorable... Engrossing a sports memoir but also relevant to any conversation about privilege and race."
―Kirkus

"Here's all you need to know: "A Most Beautiful Thing" lives up to its name....Cooper masterly makes you feel a part of the team.... take their losses to heart. Be proud of the changes they've made... This is the feel-goodest of feel-good books, and you should have it now." ―The Bookworm

"I was immediately captivated. Arshay's writing evokes the emotional angst of teens growing up in the inner city of Chicago. It is a triumphant tale of overcoming odds, with the sport of rowing-―not the conventional football or basketball―as a catalyst to his and his crew's salvation. I wholeheartedly recommend Arshay's work and look forward to his future projects."
―Ron Stallworth, #1 New York Times bestselling author of Black Klansman

"Arshay’s remarkable story reminds us of the life-changing power of will over hopelessness, of belief over despair, and shows us what it looks like when we stop listening to demons and start honoring our own potential. This is the story of rising from the ashes stronger, faster, and focused ― not in spite of the circumstances of birth but because of them. Arshay’s refusal to let his life story be written for him is a testament to the resilience and beauty of the human spirit, and his eagerness to succeed, on the water and in life, is an inspiration."
―Elizabeth Gilbert, New York Times bestselling author of Eat, Pray, Love and Big Magic

“One of the great strengths of the book is Cooper's voice; we get the prose of the grown-up Cooper, almost perfectly channeling the actions, thoughts and emotions of Cooper the teenager, juvenalia and all. Cooper is excellent in capturing the yearning of his younger self for something greater, and the process of living the effort and striving of getting there.”
―row2k

"The sport made intense demands on the young men, requiring them to train hard, learn how to swim, and make countless sacrifices – including not reacting to the racist jeers from competitors and spectators. The experience turned a team of strangers into brothers and unleashed their potential. The book is as uplifting as its title suggests, and sections detailing the races are downright heart-pounding."
―The Christian Science Monitor

ARSHAY COOPER is a rower, author, motivational speaker, and volunteer for numerous community outreach organizations. He works with nonprofits focusing on opening the boathouse doors to everyone, and he was the recipient of a 2017 USRowing Golden Oars Award. He lives in Brooklyn with his family.
Read more