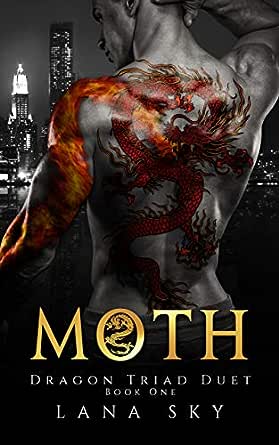 You've subscribed to Dragon Triad Duet! We will preorder your items within 24 hours of when they become available. When new books are released, we'll charge your default payment method for the lowest price available during the pre-order period.
Update your device or payment method, cancel individual pre-orders or your subscription at
Your Memberships & Subscriptions
There was an error. We were unable to process your subscription due to an error. Please refresh and try again. 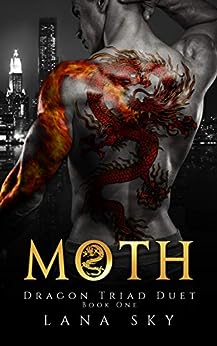 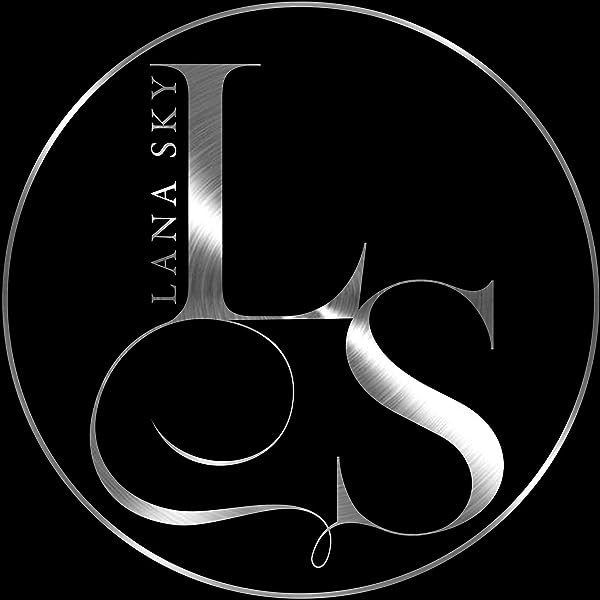 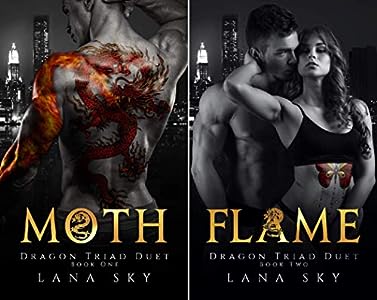 4.6 out of 5 stars
4.6 out of 5
108 global ratings
How are ratings calculated?
To calculate the overall star rating and percentage breakdown by star, we don’t use a simple average. Instead, our system considers things like how recent a review is and if the reviewer bought the item on Amazon. It also analyzes reviews to verify trustworthiness.

Mom12
5.0 out of 5 stars A battle of wills
Reviewed in the United States on August 17, 2020
Verified Purchase
I find it highly ironic that an author who thrives in emotion wrote a female character who is self described numb. Hannah is an emotionless shell who fancies herself a writer. Hard edged Rafe calls her out on her b.s. It's a cat and mouse game where neither one seems to want to admit that they are the mouse.

"I’ve become so good at being numb that I’ve let it stifle the only other passion I possess."

There are hints of a major incident or incidents that have molded Hannah into this paralyzed version of a young woman trying to break free but not knowing how. Author Sky doesn't dwell on it as much as she does on character development and fascinating attraction. She's in no hurry to reveal things. Sky recognizes that its the journey that shapes the person. This is true for both Hannah and Rafe.

" A pit in the core of my being that I dump every ounce of emotion into. A pen and paper are the only keys to releasing them. Soon, I’m pawing through my end table drawer for a notepad, then pouring out a series of lines onto the page. In some ways, writing like this always feels like bleeding—purging."

You know that Hannah has deep, personal secrets. Scary secrets that will change everything. Rock her carefully created world where all she knows is acceptance. But an encounter with thug Rafe starts the cathartic process of feeling for the first time. Is he really a thug though? Or caught in the same web of acceptance that Hannah is in?

Rafe...the enigmatic thug is written with reverence and dignity, and I loved the juxtaposition of his violence and his art.

"Chiseled muscle sculpts his shoulders, giving definition to the impressive red and black dragon tattoo spanning the length of his upper body. Its ruby-colored eyes burn into my own, its fiery breath blazing down his left forearm."

"I could write the artwork off as cheap, lazy, typical designs, but they aren’t— and that’s the worst part. They’re intricate, each one reflecting some unique quality deserving of notice. Emotion? That elusive feeling he’s taunted me about. "

The writing is so intricate...these two scarred characters tip toe around each other even as the chemistry ramps up. Hannah lies and Rafe holds back his own truth while saying that he never lies. But when they explode together? Magic happens, walls start to come down and these two star crossed lovers find that they need each other. Sky doesn't just write a sex scene. She pops the cork of sizzling tension to make the reader feel intimately involved. She writes here about passionate excess...when two people just can't control themselves.

"The assault hijacks my hardwired instincts, and my body reacts to him all wrong. I feel my head fall back and my lips part. Rather than recoil, I grab him, letting my nails taste the flesh beneath them, so hard he flinches with a groan. At this moment, I should feel powerless. Instead, my heart is surging, my pulse racing. I feel… reckless. Unstable. Unmoored."

"All I can do is dig my nails into his back and hold on. The sound he makes when I moan is so damn wild. Dangerous. Unrestrained, he pushes into me without hesitation this time. Hard. Harder. Beneath me, the table jolts with every thrust, sending an array of tools crashing to the floor."

As a reader, I couldn't help but hold my breath as Hannah and Rafe drew closer and closer to each other. I released it when THEY released theirs. Emotionless Hannah and Reckless Rafe trying to find a way out of the darkness that is their lives. Sky writes hope in between the lines, even when driving me crazy with the cliffhanger. But she's hooked me in with her arsenal of what else? Emotion.

Natalie V.
5.0 out of 5 stars Loved it... couldn’t put it down.
Reviewed in the United States on August 22, 2020
Verified Purchase
Major chemistry! Hannah and Rafe were immediately drawn to each other, and the battle began. Two scarred, vulnerable people who want nothing more than to FEEL but are scared to let go. Rafe is a hottie and Hannah is slowly coming out of her shell. I love the teasing of Rafe and the reaction he gets from Hannah. I am so excited for Flame and can’t wait to see where their story goes. Lana Sky never disappoints and once you read one of her books, you’re hooked!
Read more
3 people found this helpful
Helpful
Comment Report abuse

SugBur
5.0 out of 5 stars This book has monsters 😲
Reviewed in the United States on November 19, 2020
Verified Purchase
The monsters we live with 😢 in our own home are the scariest ones, cuz no one believes you 😟. This awesome story brings them out in the open and lets you decide how you will feel 😯. The problem with monsters is that you make excuses for them and nothing ever stops 😣. Thanks Lana for bringing the monsters out in the open and letting us judge them, but not necessarily stop them 🤔.
Read more
Helpful
Comment Report abuse

gail decker
4.0 out of 5 stars Enjoyed this one
Reviewed in the United States on November 14, 2020
Verified Purchase
Very interesting storyline about two loner who have built many walls for their protection from having others hurt them.
When they meet it's hate at first sight. Each have many layers to unravel, and dispite everything they are drawn together. Bad boy vs shy wallflower. Thoroughly enjoyed it.
Read more
Helpful
Comment Report abuse

Pisces
4.0 out of 5 stars "Real monsters lurk inside of everyone"
Reviewed in the United States on August 21, 2020
Verified Purchase
I love every series that I have read from Lana Sky! Looking forward to finishing this series when book 2 becomes available.
Read more
One person found this helpful
Helpful
Comment Report abuse

Lulu
5.0 out of 5 stars Must Read
Reviewed in the United States on August 17, 2020
Verified Purchase
The story was sooo amazing! Love Rafe and Hannah! I can't wait for Flame
Read more
Helpful
Comment Report abuse

Shakiya Ogilvie
5.0 out of 5 stars Amazing!
Reviewed in the United States on August 20, 2020
Verified Purchase
Urggghh Moth was so good! Although I loved Dragonfly this book was everything I love, angsts tones of darkness, and bad boy/good girl mash ups! Eagerly waiting for the duet!
Read more
Helpful
Comment Report abuse

Midwest Romantic
5.0 out of 5 stars YES YES YES!!!!
Reviewed in the United States on August 17, 2020
What the french toast!?!?! Like FREAKING YES!!!! I literally started reading this at bedtime (around 10ish PM) and stayed up until 3AM to finish it! I couldn't stop reading and who cares that I was a hagard mess for the fam the next day? It was COMPLETELY worth it! This book...I don't even know where to start, it was that flippin good! I don't want to spoil it for anyone either so I want to keep my squealing to a minimum...so let's see...

Hannah is amazing! I'm so used to reading flaky chicks that are a bit predictable (yeah..it sucks but it comes with my fave genres so I get over it..mostly) but she is definitely NOT a flaky woman and actually has a good brain which she uses for the most part (SHOCKER)! At first I was like super confused because I wasn't sure what the heck was going in certain aspects..but it started to become more clear as I read. However I am still not 100% on what happened or is going to happen. I need the next book PRONTO!!!

Rafe....OMG...RAFE!!!!!!!!! He is a freaking wet dream of a man! Like seriously where the heck can I find someone like him???!!! Oh wait...I'm totally married, very happily....but still, he is going to be in my fantasies for the unforeseeable future. God he is such an A-Hole, but in the best and naughty way. Can't wait to read more of him, YUM!

All the other characters and the storyline/plot is pretty good too, it doesn't feel too rushed or just thrown together. It's just fantastic and Lana Sky did an amazing job! This is the first book I have read by her, but it won't be the last!
Read the book!!!!

* I voluntarily reviewed an Advanced Reader Copy of this book. I was not compensated for my review, and I was not required to write a positive review. The opinion expressed here is my own.*
Read more
2 people found this helpful
Helpful
Comment Report abuse
See all reviews

Kindle Customer
5.0 out of 5 stars Great read
Reviewed in the United Kingdom on September 25, 2020
Verified Purchase
Loved this book so much best one I've read for a while. Great storyline...complicated hero and damaged girl....handles the typing of domestic abuse very well.
Read more
Report abuse

BOOKWORM1304
2.0 out of 5 stars MOTH
Reviewed in the United Kingdom on November 16, 2020
Verified Purchase
What too say, not sure it wasn,t a bad story it was just not for me I can't explain why I just didn't get it
Read more
Report abuse

kate callaghan
5.0 out of 5 stars Loved it with a capital LOVE
Reviewed in the United Kingdom on September 17, 2020
Verified Purchase
If you like dark enemies to lovers than you need to hop on this bandwagon.
Read more
Report abuse