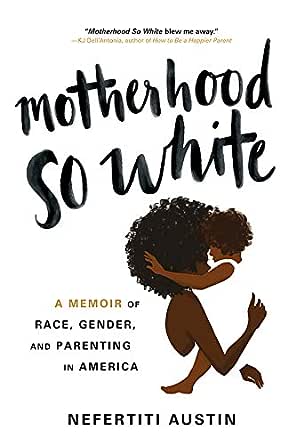 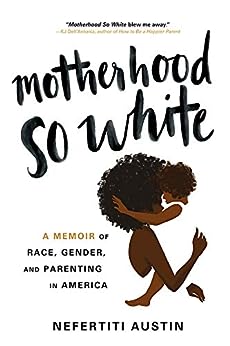 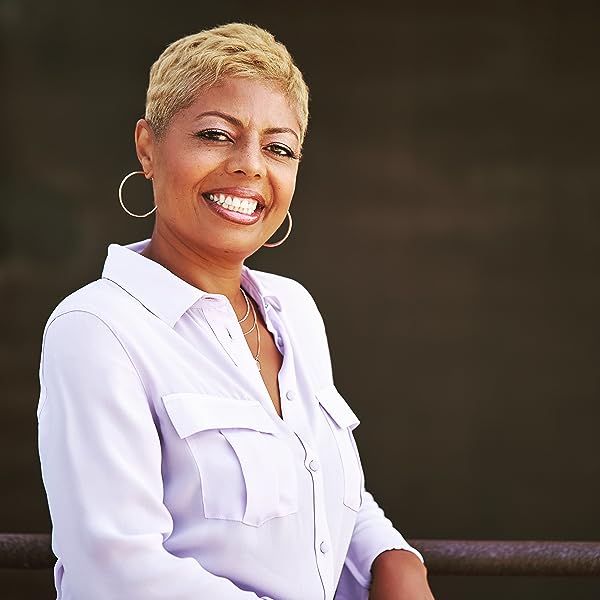 Motherhood So White: A Memoir of Race, Gender, and Parenting in America Kindle Edition

Enjoy a great reading experience when you borrow the Kindle edition of this book with your Kindle Unlimited membership. Learn more about Great on Kindle, available in select categories.
Read more Read less
Previous page
Next page

Nefertiti Austin, an author and memoirist, writes about the erasure of diverse voices in motherhood. Her work around this topic has been short-listed for literary awards and has appeared in various media outlets, including the Huffington Post, PBS Parents, Mutha and Adoptive Families magazines, and Essence.com.

Allyson Johnson began her entertainment career in her hometown of Chicago as an Emmy Award-winning child news anchor. A graduate of Brown University, she is a working actress, singer, and audiobook narrator in the New York City metropolitan area. --This text refers to an out of print or unavailable edition of this title.

"Both informational and inspiring, and is a much-needed addition to the literature of motherhood." - BookRiot

"Motherhood So White is a testament to the power of love as a radical act and an urgent call to reclaim motherhood from institutionalized whiteness." - BookPage

"Austin challenges readers to question the ideal of motherhood as being synonymous with whiteness. Along the way, she tackles the inherent sexism, classism, and racism within the adoption system and the broader community...an essential addition to the literature about adoption, reflecting a viewpoint that is sorely lacking. " - Kirkus, STARRED review

"A moving and necessary corrective to the primarily white narrative on adoption." - Booklist

"Eye-opening, trenchant book, which helps to bolster the scant literature for African American adoptive parents that Austin has pioneered by blogging for publications such as MUTHA magazine and the Huffington Post...Austin's experiences, both positive and negative, are recounted in this fast-paced, heartwarming memoir of motherhood and adoption told through an African American lens." - Library Journal-STARRED review

"In this timely, insightful memoir, novelist Austin examines adoption and child-rearing as a single black woman confronting gender and racial bias...juxtaposing tender mother-child moments with the dangers facing African-American boys, Austin captures both the love and fear of her parenting experience in this powerful, spirited narrative." - Publishers Weekly

"Motherhood So White blew me away. Nefertiti's honest account of her unique journey to parenthood serves as a sharp reminder that in our society, parenting is not a colorblind experience. This is an important book for anyone committed to creating a more equal playing field for all our children." - KJ Dell, Antonia, author of How to Be a Happier Parent

"Austin's frank voice and determined spirit speak truth to the media powers that present #MotherhoodSoWhite, while relaying her history and thoughtful parenting decisions... a needed and important contribution." - Meg Lemke, Editor-in-Chief of MUTHA --This text refers to an out of print or unavailable edition of this title.

valerie
5.0 out of 5 stars Comforting & Validating For Black Mothers Enlightening For All
Reviewed in the United States on October 2, 2019
Verified Purchase
A great memoir. Austin speaks on so much of what many black mothers and other races raising black sons experience and feel. She also sheds light on adoption through the foster system which is attached to a particular stereotype of black women and children. We of all races can all speak on diversity and promote it, but do we really understand what the issues are? Within our own communities and within the communities of others? I highly recommend Motherhood So White as a start
Read more
3 people found this helpful
Helpful
Report abuse

Amanda Ghiloni
5.0 out of 5 stars Beautiful Memoir
Reviewed in the United States on June 19, 2020
Verified Purchase
Anyway you become a mother is beautiful and the experiences in life prior to becoming a mother are what make you and break you. Nefertiti did an amazing job sharing a hard story to show how beautiful life can be. While reading her story, my eyes were opened to privileges I have as a single white foster/adoptive mother. I learned about black culture and adoption from this book and how those stereotypes can be broken. I also enjoyed the interviews that Nefertiti put at the end of the story.
Read more
Helpful
Report abuse

Alita Anderson
5.0 out of 5 stars Be Lead By Love
Reviewed in the United States on October 12, 2019
Verified Purchase
This is a book about love. Love of family, love of self, love of life, and the gift that love offers in creating a home where love abounds. It reminds us that there are so many ways to build a family and encourages us to let love guide us as we make the choices that will shape our lives.
Read more
2 people found this helpful
Helpful
Report abuse

Cierra
5.0 out of 5 stars Loved it
Reviewed in the United States on January 8, 2021
Verified Purchase
This book was SO informative and eye-opening. As a probable future black mother in America, I am so thankful this resource now exists for my future reference.
Read more
Helpful
Report abuse

Kindle Customerl
5.0 out of 5 stars Loved It
Reviewed in the United States on July 28, 2020
Verified Purchase
So nicely written! I really got into her journey. Also, was enlightened on the trials of being black in America. I can't believe how much prejudice still exists in this country!
Read more
Helpful
Report abuse