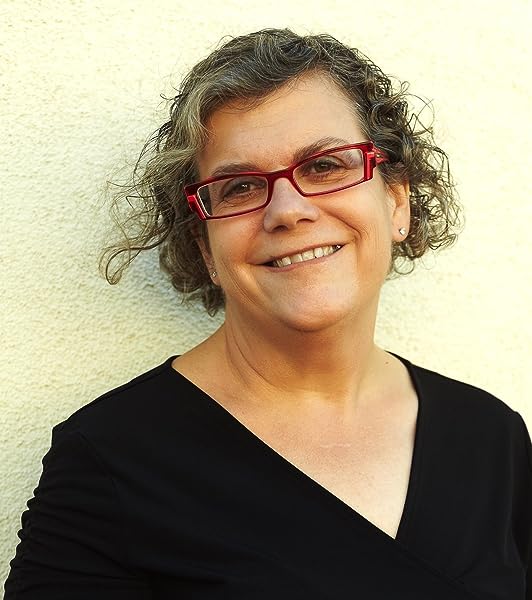 Maureen F. McHugh has spent most of her life in Ohio, but has lived in New York City and, for a year, in Shijiazhuang, China. She is the author of four novels. Her first novel, China Mountain Zhang, won the Tiptree Award and her latest novel, Nekropolis, was a Book Sense 76 pick and New York Times Editor's Choice.

Wicked: The first thing that burst into flame was a bag of groceries in the back of the Explorer. Taking groceries in the house was a moment she joked about with the cashier at the grocery store. The grocery store nearest her house was a little upscale, a little chichi and when she shopped there instead of the less expensive Krogers, she knew it was another moral lapse. But she liked to get shopping over with as fast as possible so she mostly shopped at the expensive place. The bag boys loaded the groceries in the car for the customers and as Joe was bagging, she said, Could you come home and put them away for me Joe, who was still in high school, just laughed. But she really hated putting groceries away. Picking them was ripe with possibility. Putting them away was like cleaning up after the party. Joyless. She opened the back of the SUV and saw the pile of bags and felt the creeping edge of despair. She just stood there, looking, and then a curl of smoke drifted up past the box of Life cereal, and suddenly, instead of a bag of cereal and macaroni and cheese, it was a bag of flame. It was gorgeous. And her heart warmed to it. She felt nothing but pleasure for a moment and then she thought distantly that she should pull the bag out. But she didnt. Instead she just watched the next bag of groceriesonions, red bell peppers and portabella mushroomscatch. Upscale groceries double bag, and the outer plastic sack melted, then blackened. The back of the seat caught, too, heavy black smoke, stinking and acrid with chemicals. She backed out of the garage. Would the car explode But it didnt. It burned flamboyantly, the flames flattening against the ceiling of the garage. The next door neighbor shouted, Ill call 911! She hadnt even noticed that the neighbor had come out. Let it burn, she thought. She looked at the mailbox down by the street and in a moment, smoke leaked around the opening, and then the top of the post flared, fire almost invisible in the daylight. The garage was engulfed and she could see smoke behind the windows in the front of the house. Her husband was at work. Her kids were at school. Wouldnt they be surprised Who was going to clean this up Not me, she thought.
Start reading Mothers & Other Monsters: Stories on your Kindle in under a minute.

K. Bunker
VINE VOICE
5.0 out of 5 stars Science fiction and fantasy written as literary fiction
Reviewed in the United States on April 6, 2013
Verified Purchase
As a reader who loves both speculative fiction and literary fiction, it's a special pleasure for me when I find a writer whose work sits squarely on the boundary between those camps. Maureen F. McHugh is emphatically one of those rare writers. Her stories posit some imaginative science-fiction or fantasy ideas, but they are also focused with razor sharpness on the human consequences of those ideas. Her characters are drawn with the grace and delicate precision of a fine artist, and they are always completely real and believable.

Some notes on a few of the stories in this book:

Both of the first two stories -- "Ancestor Money" and "In the Air" -- are quirky and unique takes on the notion of ghosts. Both are warm, gentle stories filled with humanity and a sense of love for their characters, and both are a delight.

"Laika Comes Back Safe" is an utterly heartbreaking story of a girl growing up in love with a boy who's a werewolf. Yes, this sounds like it could be the worst treacle, pilfered from the best-seller list of a few years back, but it isn't. It's a hard-edged, totally grown-up story in which the tragic unfairness of being born to a life as a werewolf is paralleled by the equally tragic and hopeless fate of being born to poverty and squalor.

"Presence" chronicles the life and thoughts of a wife shepherding her husband through an experimental treatment for Alzheimer's -- a cure that arguably isn't really a cure at all. One might think that Alzheimer's is a subject that's been done to brain-death, but this story manages to bring it to horrific new life. It does this not so much through its science-fictional elements as through its relentless honesty and precise detail. It's a story that you'll find yourself wanting to escape from, but that honesty and realism will keep you trapped.

"Nekropolis" may be my favorite story in this collection, though it's tough to make a choice. With exquisite grace and delicacy, it draws a future world that's frightening and yet utterly familiar and believable. And in this world are placed characters who have the painfully genuine humanity that's typical of all of the characters in this book. I see that McHugh has expanded this novelette-length story into a full novel, but it's hard for me to imagine that the longer version could equal the jewel-like perfection of this story.

Ed Farnsworth
5.0 out of 5 stars Get ready.
Reviewed in the United States on April 13, 2012
Verified Purchase
Okay, I've put this book down for awhile after finishing half of the stories for no reason other than that they are so intensely emotional, so intimate, so fantastic and real at the same time that I simply can't read more until I process this stuff. This collection is just a haymaker. It will knock you down its so good. Just try "The Lincoln Train" on for size. Or see if you can compare "Laika Comes Back Safe" to anything else you've ever read. I've only read one other book by this author, "After the Apocalypse," and that was astonishing, but this is just as good. I haven't felt this way about a writer since I was a kid and discovered Ray Bradbury for the first time. There's no reason to explain why Maureen McHugh isn't one the most famous writers in America right now, but believe me.. it's coming.
Read more
One person found this helpful
Helpful
Comment Report abuse

D_K
4.0 out of 5 stars Keep moving, careful asking for more
Reviewed in the United States on April 27, 2015
Verified Purchase
Ancestor Money, The Cost to Be Wise, and Nekropolis alone are worth the price of admission, as they say. Getting to the end of each story was like remembering to take a deep breath. Otherwise, some enthralling and excruciating explorations of obligations when disease, deterioration, or. . .you know. . .death afflicts a family member. I loved the pervasive presence of authentic female characters, internal dialogue made plain without fuss or obfuscation.
Read more
Helpful
Comment Report abuse

R. D. Webber
5.0 out of 5 stars Enthralling stories
Reviewed in the United States on July 26, 2013
Verified Purchase
I've enjoyed Maureen McHugh's longer works for years, but I don't think I'd read any of her short fiction before I acquired this and another collection of hers recently.

These stories are beautifully written, human, sometimes very mysterious, and definitely belong in the canon of fantasy and science fiction. I highly recommend this collection.

Amazon Customer
5.0 out of 5 stars Compelling, excellent
Reviewed in the United States on August 23, 2014
Verified Purchase
I picked this up because I had read the first of these stories in a different anthology. The collection is excellent. McHugh writes on the border of "everyday" life and the fantastical. Each of the stories is quite different and each and every was compelling.
Read more
Helpful
Comment Report abuse

Amazon Customer
5.0 out of 5 stars Excellent
Reviewed in the United States on November 26, 2012
Verified Purchase
This is the first book I purchased from McHugh. The title, Mothers and Other Monsters piqued my interest and I'm so glad it did. Like her other novels, this is a collection of essays/stories well crafted and a treat to read.
Read more
Helpful
Comment Report abuse

Shash
5.0 out of 5 stars Five Stars
Reviewed in the United States on July 10, 2016
Verified Purchase
I loved these short stories. Some were scary, but good. I wish Maureen McHugh were still writing.
Read more
Helpful
Comment Report abuse
See all reviews from the United States