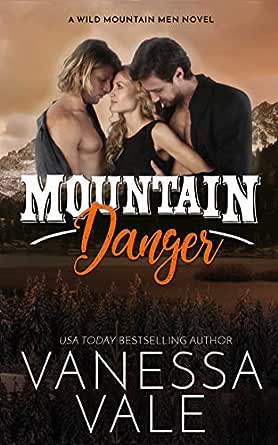 You've subscribed to Wild Mountain Men! We will preorder your items within 24 hours of when they become available. When new books are released, we'll charge your default payment method for the lowest price available during the pre-order period.
Update your device or payment method, cancel individual pre-orders or your subscription at
Your Memberships & Subscriptions
There was an error. We were unable to process your subscription due to an error. Please refresh and try again. 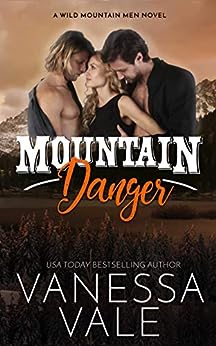 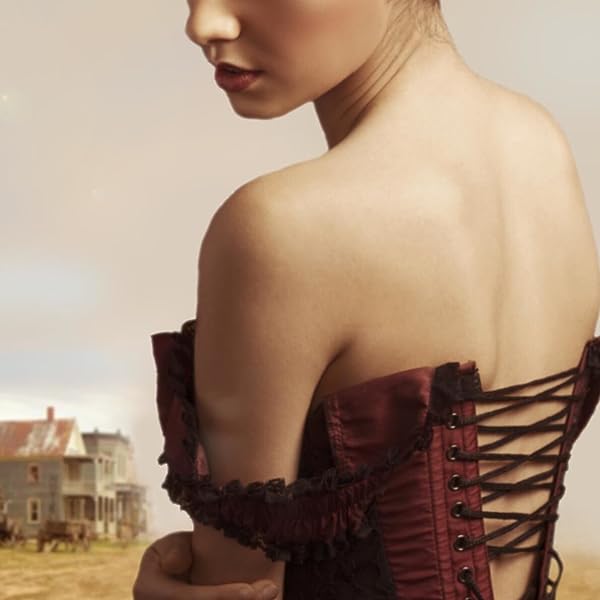 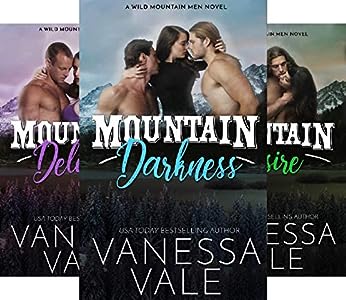 4.7 out of 5 stars
4.7 out of 5
140 global ratings
How are ratings calculated?
To calculate the overall star rating and percentage breakdown by star, we don’t use a simple average. Instead, our system considers things like how recent a review is and if the reviewer bought the item on Amazon. It also analyzes reviews to verify trustworthiness.
Top reviews

Redrabbitt
TOP 500 REVIEWER
5.0 out of 5 stars WHEN YOU KNOW, YOU KNOW
Reviewed in the United States on February 25, 2020
Verified Purchase
Book number four in the Wild Mountain Men series will be a combination of a new relationship, one between Cutthroat Police Detective Eve Miranski, Shane Nickels, and Fitch Anderson. While this story might be read as a stand-alone, it will have many people from the previous three books, and also plenty of mention of the unsolved murder of Erin Mills--an ongoing case in Cutthroat. Since this is the last story in the series, it will unravel the mystery, the motive, and the murderer of Erin Mills.

Eve Miranski is good friends with Poppy Nickels and will be staying at her house during the Winter party hosted by Poppy. While Poppy is outside checking on preparations, Eve will be inside changing for the party. When she hears noises downstairs and comes upon two men breaking into Poppy’s home, she will grab her gun and handcuffs to arrest them—while only wearing underwear. The men don’t fight her, but what a surprise when Poppy comes into the scene—of her friend, her brother and his friend. That will set this tale in motion. It doesn’t take much for Shane and Fitch to know they want Eve and pursue her—but she has been hurt, and avoids relationships. What will it take for these two men to change her opinion and give them a chance?

“We could start with a no-strings sex. If that was how she wanted to play it, to keep her heart out of it for now, that worked. Once we were in her bed, we could take our time and show her how real men treated a lady. To prove that we wouldn’t hurt her. That we were playing for keeps.”

Eve will leave them at the party and hide after they have an intimate encounter, but she is overwhelmed by the emotions, the raw sex-appeal of the three of them together, and the chemistry is more than she can handle. But what happens when she is on her way to Poppy’s the next day after a meeting, and runs off the road? Poppy will call Shane to rescue Poppy, but the men won’t take her to Poppy. Instead, they take her to Finch’s ranch, and they will continue what they started the night before.

“They might be two men who wanted me, but they were two different men. Unique in their own way. Yet both of them were attracted to me. Were eager to satisfy me.”

The story is mostly concentrated on the new relationship between Eve, Shane, and Fitch, but also has some flashbacks to the past. Eve will share with them about her reluctance to become involved with a man because of her ex-Chad and his abusive ways. She will learn a secret about Fitch, and that will set off alarm bells. The story is about learning to put the past behind you, accept that sometimes bad things happen to good people when they are trying to do the right thing and that happiness is worth taking a risk.

The murderer of Erin Mills will be caught; the town will be shocked but relieved to learn that a killer is no longer running loose, and Cutthroat has a new triad couple with Eve, Shane, and Fitch. There are explicit sex scenes that include ménage. If you are not already on Ms. Vanessa Vales’ newsletter list, you need to take advantage and join—there are bonus scenes for each book in her newsletter.

Romancing the Dispatcher
VINE VOICE
5.0 out of 5 stars A beautiful loves story, about seizing life's second chances and finding where you are meant to be!
Reviewed in the United States on February 25, 2020
Verified Purchase
Get ready for the answer to the question that has been burning through out this entire series! Who killed Erin Mills?!? I'm not going to answer it, you've got to read the book, but I will say, be prepared to be blown away! I was totally shocked. I knew it was coming, knew that they'd find the culprit, but I had no clue who it was, and I was totally not prepared for the final twist!!!!!

Eve is a tough girl, who can take care of herself. But this take no bull detective has a soft side that has been hurt by those that should have protected her, and loved her. To keep it from happening again, she keeps mostly to herself, taking no chances, letting no one in. But Shane and Finch are hard to say no to, especially when they know exactly what to say to get around her defenses!

Shane and Finch both have tragic pasts that have left their mark. Those pasts could have ruined everything, but these guys know what they want, and will do anything to make it happen. And Eve is the one.

This was a beautiful love story about seizing life's second chances, moving past heartache, and finding where you are meant to be. And then there is an explosive mystery, danger, and intrigue! I could not put this book down, because I just had to find out....who done it! Totally a must read!
Read more
One person found this helpful
Helpful
Comment Report abuse

Jay Lane
3.0 out of 5 stars Four Hooves and a Moo
Reviewed in the United States on February 25, 2020
Verified Purchase
MOUNTAIN DANGER (Wild
Mountain Men Book 4)
Vanessa Vale
Our heroine is a city mouse. She says, "I get my beef under plastic in the supermarket, not with four hooves and a moo.”

Eve is staying with her friend Poppy for the night. She hears a noise and ends up holding two men at gunpoint. Poppy comes home and recognizes her brother Shane. Turns out they prank each other. As a deputy, Eve is in hot water because the accused man who confessed to a local murder turned out to be innocent, so the case is open and unsolved. Finch and Shane meet her once more at Poppy's big lakeside winter party. She is still gunshy after a relationship crashed and burned four years ago. Once her vehicle slides into an icy ditch though, she agrees to go home with them. And here we go... Unexpected twists and turns. Contrived but fun.
Read more
One person found this helpful
Helpful
Comment Report abuse

Donna
VINE VOICE
5.0 out of 5 stars A REALLY GOOD BOOK
Reviewed in the United States on June 8, 2020
Verified Purchase
I enjoyed this book and I recommend this book and this series. It's fun to read about threesomes now and again and Vanessa's the best and her books are HOT!

Shane's father is a movie star so he grew up rich but physically abused by his dad. To spite his father he became a forest service employee. He is great looking but he wants a woman that he can share with his best friend Finch. Finch is a rancher but he has a void in his life that he knows will be filled when he and Shane find the "One".

Eve is a woman who has been hurt by both her mother and an abusive man. She keeps to herself other than her friendship with her partner Nix. They are detectives that have a murder to solve. She is never letting another man into her life they are nothing but pain and she is going to live a long lonely life but a safe one.

Eve meets Shane and Finch at her best friend, Poppy's birthday party. Shane is Poppy's brother and they have a great relationship. Shane and Finch approach Eve at the party and make sure she know's that they are available for her "Use" anytime. They want more than a one night stand but don't want to scare Eve away.

Erin Mills murder is finally solved in this book and it's a surprise. But the book is really HOT.
Read more
Helpful
Comment Report abuse
See all reviews

Susan
5.0 out of 5 stars Great shane finch and eve
Reviewed in the United Kingdom on February 26, 2020
Verified Purchase
So Officer Eve is investigating the murder of Erin Mills with her detective partner officer nix who we met in book 1 of wild mountain men, she is friends with Shane’s sister who is having a party when Shane and Finch and her meet there is chemistry but Eve has been badly hurt in the past and she needs to try and overcome this, whilst she is trying to work through her feelings she discovers something that cracks the murder open. Although the books are all part of the wild mountain series they can be read individually. This book was well written and I couldn’t put it down. I have read the majority if not all of this authors work and it contains the fantastic formula that makes her a one click for me every time on Amazon
Read more
Report abuse

Kindle Customer evelyn lawrence
5.0 out of 5 stars Review
Reviewed in the United Kingdom on February 26, 2020
Verified Purchase
That was a kinds tough story in bits but a very very good read kept me reading hot and good
Read more
Report abuse
See all reviews