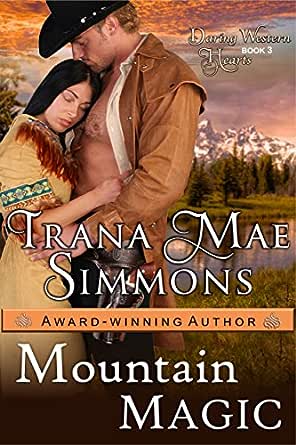 You've subscribed to Daring Western Hearts Series! We will preorder your items within 24 hours of when they become available. When new books are released, we'll charge your default payment method for the lowest price available during the pre-order period.
Update your device or payment method, cancel individual pre-orders or your subscription at
Your Memberships & Subscriptions
There was an error. We were unable to process your subscription due to an error. Please refresh and try again. 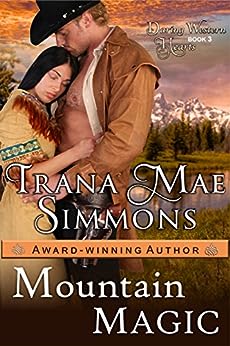 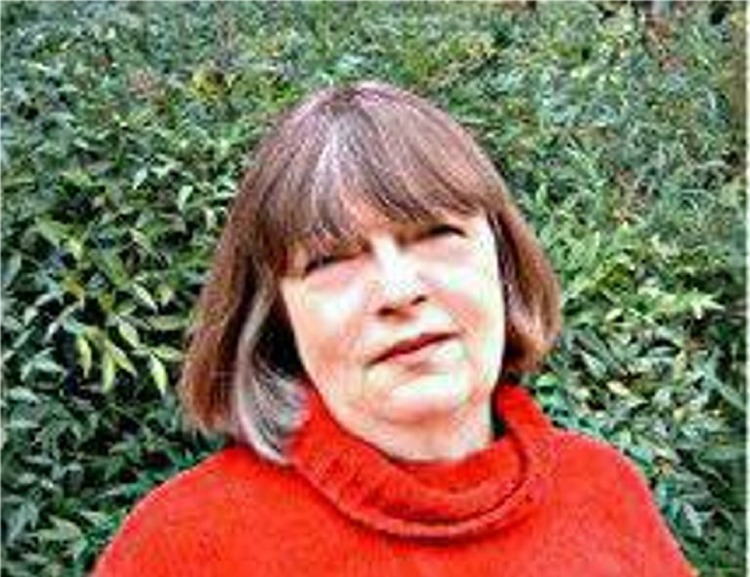 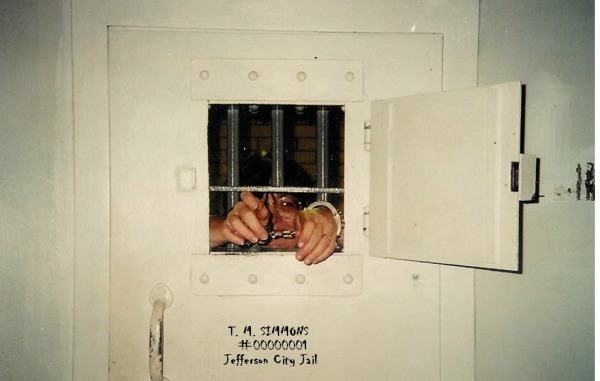 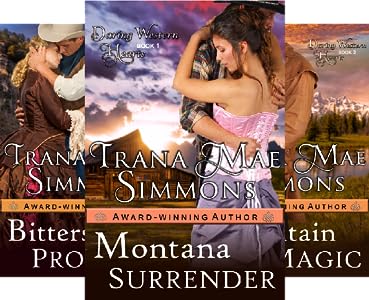 Mountain Magic is a humorous and touching tale that delves into the oftenpainful trek along the road of self-discovery. Fans of Rebecca Paisleyand movies like "The Mountain Men" will enjoy. SENSUAL. Lizabelle Cox,Romantic Times Magazine

Trana Mae Simmons reaches out with her very first sentence of Mountain Magic and drops the reader deep into the world of wild mountain men and women. Ms. Simmons skillfully throws in just the right touch of excitement, mystery and danger to keep the reader sitting on the edge of her chair, unwilling to put Mountain Magic down until the very last I love you. Genie Romex Review --This text refers to an alternate kindle_edition edition.

4.4 out of 5 stars
4.4 out of 5
44 global ratings
How are ratings calculated?
To calculate the overall star rating and percentage breakdown by star, we don’t use a simple average. Instead, our system considers things like how recent a review is and if the reviewer bought the item on Amazon. It also analyzes reviews to verify trustworthiness.
Top reviews

The story occurs near Lander Wyoming in 1829. The Blackfeet orphaned Caitlyn when she was five years old. A mountain man (O'Shaunessy) found a week later and raised until his death when she was a young woman.

Jonathan Clay had spend a year in the mountains learning how to stay alive under the guidance of Silas who is also Caitlyn's new foster father. Oh yes he's also running from his past in Virginia.

Naturally they don't get along, But after a couple of years of surviving the wilderness, attacks by evil Indians and Irishmen they fall in love. As well as telling their back stories. Oh well they're all dead now anyway, I mean it was almost two hundred years ago.

It was a great story, there was a bit of history in it, the characters were believable and likable except for the bad guys who were just the scum of the earth.

Beverly Ann McCall
4.0 out of 5 stars Mountain Magic
Reviewed in the United States on January 31, 2020
Verified Purchase
Mountain Magic (Daring Wester Hearts Series) by Trana Mae Simmos is an intriguing western romance with two charismatic main characters. Ms. Simmons introduces us to Jonathan (Jon) Clay from Virginia who flees to the mountains in Wyoming to escape a betrayal his stepfather and also his betrothed who marries his stepbrother, Jon is heartbroken and swears off women. Hence, his flight to the mountains far, far away. Will Jon ever get over his heartache? Will he find a woman he can trust and love?

As a novice trapper, Jon is taken under the guidance of Silas, who teaches him the skills he needs to survive and flourish. We also meet, Caitlin or Cat O’Shaunessy. Cat, as a five-year-old, witnessed the massacre of her family by the Blackfeet. As the lone survivor, she was rescued a week later by Mick O’Shaunessy who adopts her. He teaches her all about survival in the wilderness and trapping.

While visiting a Nez Perce encampment, Jon and Silas participate in a gambling game. As part of his winnings, Jon gets Cat. Only, she is known as Smelly Woman. Apparently, after recently loosing her adoptive father in an accident with a bear, Cat moved in with the Nez Perce to survive the winter. As a means of protection, Cat’s strategy was to have poor personal hygiene to keep unwanted male suitors away. Now, realizing that she has just been lost in a gambling game, an angry Cat faces traveling with two complete strangers. Sparks fly when Jon and Cat meet. Like Jon, Cat, too, is emotionally wounded. She suffers from the trauma of the massacre and finds it difficult to connect and trust others. Silas, who happened to be a friend of Mick O’Shaunessy, agrees to take Cat under his protection. He also assumes the role of an “unofficial” matchmaker and referee between Cat and Jon.

This western romance is a heartfelt story focusing on two wounded characters and their journey toward healing, I appreciated the way Ms. Simmons uses literary devices like dialog helps the reader to observe the genuine emotion between Jon and Cat as they struggle to overcome their fears and accept their feelings toward each other. and descriptive language that weaves this story. Additionally, her use of descriptive language provides the reader with insight into the life and challenges that mountain men faced. Scenic descriptions also helped with transporting the reader into this story. I also liked the way she introduced suspense into her plot as we tried to figure out who was after Cat. The ending was a surprise. If you want to find out what happened to these two and solve the mystery behind who was after Cat then I recommend you read this book.
Read more
One person found this helpful
Helpful
Comment Report abuse

Sharyn McQuaid
4.0 out of 5 stars Good story, needs some editing
Reviewed in the United States on July 16, 2020
Verified Purchase
There were more than the occasional missed or extra words--often appearing to be the result of rewriting but not removing the prior wording fully. There were also some episodes that were not historically accurate--Thanksgiving was not set in November until after the Civil War, Christmas trees were not usual until Victorian times. Even so, I liked Caitlin and Jon and the folks who knew and loved them. Worth the read.
Read more
Helpful
Comment Report abuse

Lily
4.0 out of 5 stars Mountain Magic
Reviewed in the United States on March 17, 2014
Verified Purchase
A humorous, touching western romance.Jonathan Clay wins Caitlyn O'Shaunessy from an Indian in a game of chance; Jon and his partner, Silas, are trappers and are at Rendezvous in Wyoming to buy, sell, trade furs and goods. Caitlyn has been living with an Indian friend since the death of her father, or the only man that she ever knew as father. When Silas finds out who her father was, he assures Caitlyn that he will protect her. The three travel back to Caitlyn's cabin for the winter.Caitlyn is a blunt, coarse speaking mountain woman; Jon is very attracted to her but she lets him know that she isn't about to let a man get close to her and leave her with a bunch of children to take care of. Jon attempts to teach Caitlyn more lady like behavior; eventually some of her coarseness wears off; at the same time she becomes attracted to Jon but she feels that they are worlds apart. Living together in the small cabin all winter starts to take it's toll on Jon; at times Caitlyn is receptive to his advances but then she does a 180 degree and rejects him, keeping him frustrated and angry, not to mention trying to get her alone with Silas around.
Read more
2 people found this helpful
Helpful
Comment Report abuse

Joyce
5.0 out of 5 stars Good book!
Reviewed in the United States on January 5, 2019
Verified Purchase
This was a very intriguing story of some very interesting characters. It was a romance although witty, haunting, tragic yet enjoyable. I would recommend this book.
Read more
2 people found this helpful
Helpful
Comment Report abuse
See all reviews

Kindle Customer
4.0 out of 5 stars Thoroughly enjoyable
Reviewed in the United Kingdom on November 30, 2018
Verified Purchase
I enjoyed this story immensely, the setting, the characters and the dialogue. It all flowed nicely together.
Jon Clay has partnered up with old Silas, a mountain man. At the annual rendezvous he wins a woman in a game with an Indian. Covered in every kind of muck 'Smelly Woman' turns out to be white.
The only reason I did not give five stars is because I am really picky and rolled my eyes up at the thought of Jon's attraction to this woman in her disgusting state-unbelievable.
Read more
Report abuse
See all reviews