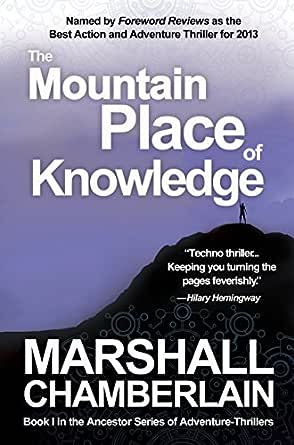 You've subscribed to The Ancestor Series of Adventure-thrillers! We will preorder your items within 24 hours of when they become available. When new books are released, we'll charge your default payment method for the lowest price available during the pre-order period.
Update your device or payment method, cancel individual pre-orders or your subscription at
Your Memberships & Subscriptions
There was an error. We were unable to process your subscription due to an error. Please refresh and try again. 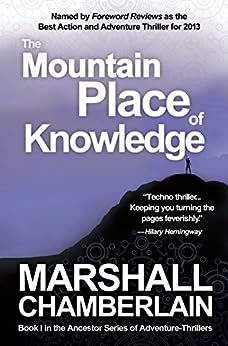 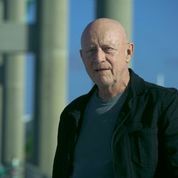 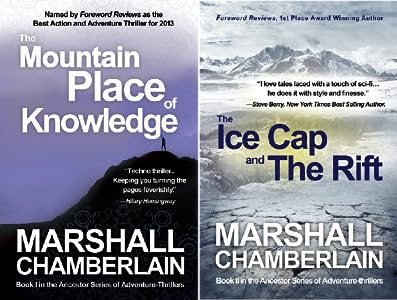 Hello, readers of action adventure-thrillers. The Mountain Place of Knowledge is book I in the Ancestor Series. It's about discovering mysterious ancient technology and the attempt to preserve it for the benefit of all mankind. I hope you will enjoy the read!
Book II in the series, The Ice Cap and the Rift,
was published in the Fall of 2014. It runs like a raging river.
Regards,
Marshall

Marshall Chamberlain is a man focused on his passions, withno time for pets, lawns, plants, puttering around or companion compromises. Hehas a master's degree in Resource Development from Michigan State Universityand a graduate degree in International Management from the Thunderbird Schoolnear Phoenix, Ariz. He was an officer in the U.S. Marine Corps and spent manyyears in investment banking, venture capital and even a stint as a professionalwaiter. He is obsessed with preparedness, survival and independence. Thiscombination of traits and an unconditional openness to life have led him to all manner of personaladventures and authoring the Ancestor Series of adventure-thrillers. His novelsare widely available as trade paperbacks and in various ebook formats atAmazon, Barnes & Nobel, Smashwords.com, the Apple ibookstore and manyothers. Chamberlain's primary worldview is simple but profound--"I'm in awe ofthe magnificence of this world." To discover more about this above average man and what's coming next, visit his website. Use his name.com.
Read more

3.2 out of 5 stars
3.2 out of 5
43 global ratings
How are ratings calculated?
To calculate the overall star rating and percentage breakdown by star, we don’t use a simple average. Instead, our system considers things like how recent a review is and if the reviewer bought the item on Amazon. It also analyzes reviews to verify trustworthiness.
Top reviews

Susannah St Clair Foxy Loxy
VINE VOICE
4.0 out of 5 stars Some fascinating ideas here.
Reviewed in the United States on March 27, 2015
Verified Purchase
The author has a very vivid and colorful imagination. I really enjoyed the fantasy/sci fi depth to his book. It is well written and the descriptions that abound in it always drive the narrative. The characters are varied and pretty well fleshed. I never was sure if there was a relationship between to two main characters, Mary Ellen and John Henry Morgan but if not fully at the time of this narrative, it seems they might become a “pair” but it doesn’t interrupt the text.
The science fiction is great fun and as believable as most fantasy is: Its up to you to enjoy it!! The book abounds in interesting military ideas that would not surprise me to actually being worked on by various governments. The author makes the Chinese out to be the bad guys.( there HAS to be bad guys right?) and Marshall makes them into a tricky opponent worth our governments best efforts. I do feel that the government of Belize got quite the short shift here as it was there country, and their mountain. ( Mostly) The only criticism I have for the book is that it seemed to go on . Maybe the narrative could have been a bit tighter? It is easy for a reader to criticize and I am not a writer so I don’t know how this might have been done but by the end, I was getting a bit bored with all the fighting . Maybe I am too much into the science fiction part and wanted more. It is, though, a very nice book and I think the average reader will enjoy it.

Daniel C. Murphy
2.0 out of 5 stars Great idea! How ever the main character spends more ...
Reviewed in the United States on May 19, 2015
Verified Purchase
Great idea! How ever the main character spends more time flying from one country to another. Also you get a better description of his dinner than the alien cave/inside of the mountain. I couldn't even finish the second book "the Ice Cap, and the Rift" as I got tired of the run a round, and the suggestion that the U.N. could get their heads out of their postiers long enough to solve any alien mystery.
Read more
One person found this helpful
Helpful
Comment Report abuse

Eric Tonini
5.0 out of 5 stars Page Turning Excitement/Hard to Put Down! ! !
Reviewed in the United States on July 12, 2014
Verified Purchase
Reading this book was an adventure into the past. The feasibility of real things that could have happened, one never knows. This book is a fun book to read and sometimes hard to stop reading as events unfold in a manner that keep you captivated and involved in what is happening,you feel as you are there sometimes, especially if you have ever been to the areas that things were staged. This book should be turned into a movie! Help someone, Please get the cameras' rolling. You cannot be disappointed in purchasing this book, it's totally fun and satisfying to read. I would recommend this book to people like a fast action thrilling book that isn't a heavy read but a pleasant fun and exciting read. Pick a digital copy up at Amazon or at iBooks. I promise you won't be unsatisfied... This is why I give five stars, "Pure Enjoyment"!
Read more
Helpful
Comment Report abuse

Charles C.
4.0 out of 5 stars So it was a great change of pace
Reviewed in the United States on July 18, 2014
Verified Purchase
A surprisingly fluent read from a new author in this space. Not the usual kind of action thrillers the mainstream authors are spewing out these days. So it was a great change of pace. I did notice this was a Trilogy, so i sensed some character development that probably wont be necessary in the other books. However, so many books overlook character development and is just an action packed pot of gumbo. I am looking forward to the continuing story line and can see this series of books becoming a great movie if the author can deliver the rest of the story and it remains unique. Nonetheless, for a pretty much unknown author, this was a really good read so i gave it 4 stars. Its also affordable!
Read more
One person found this helpful
Helpful
Comment Report abuse

Jonny Utah 01
3.0 out of 5 stars Potential
Reviewed in the United States on May 23, 2014
Verified Purchase
I enjoyed the book, however I thought the main theme was underdeveloped as was the relationship between the female star and the male main star. The battle between the" enemy" and the "good guys" was anti climatic and left this reader looking for a more decisive win. Still, I found the main story had an interesting theme thruout.
Read more
Helpful
Comment Report abuse

Adele M. Harnois
5.0 out of 5 stars I thoroughly enjoyed this book
Reviewed in the United States on August 14, 2014
Verified Purchase
I thoroughly enjoyed this book!! It was truly a page turner, as you never knew what was going to happen next. Even up to the end I didn't know how things were going to turn out. I thought the book was very well researched and I enjoyed being in another part of the world that I was unfamiliar with. Believe me this one was very well done and is definitely a 5-star read. I am anxiously waiting for Marshall's next book to come out!!
Read more
Helpful
Comment Report abuse

Susan W.
1.0 out of 5 stars Playing fast and loose with the facts
Reviewed in the United States on August 17, 2015
Verified Purchase
I was embarrassed the author didn't bother to use authentic Chinese names with the proper spelling but I was appalled he tried to change history by claiming Saddam Hussien was responsible for 911. That was the Saudis, remember?
Read more
One person found this helpful
Helpful
Comment Report abuse

Frederick Falk
5.0 out of 5 stars Adventure, intrigue, and endless possibilities
Reviewed in the United States on August 9, 2014
Verified Purchase
In the spirit of Clive Cussler and Steven Alten, the past and present are intertwined during international adventure, spying, ancient civilizations and suspense.
Read more
Helpful
Comment Report abuse
See all reviews