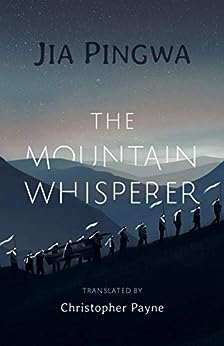 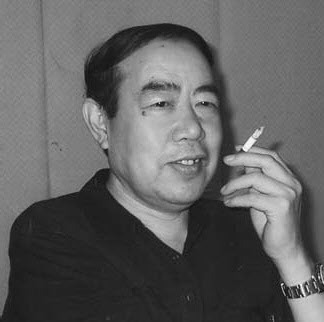 TIME IS A THIEF, BUT NOT DEATH

In a cave high in the ageless mountains of China’s desolate interior, an ancient funeral singer awaits the end. From his deathbed he gives voice to the generations of villagers to whom he devoted his life’s work, and four all-too-human souls whose struggles defined an era.

A soldier, a peasant, a revolutionary and a politician. When revolt and reform take hold of the wartorn plains, all play their debased roles in the mythic cycle of avarice, vengeance and suffering.

As his four tragedies interweave, the cracked lips of the dying sage conjure a stark vision: a retelling of the forging of the People’s Republic – from turbulent birth to absurd reversal – whispered from its uncharted margins.

Jia Pingwa, a prominent and celebrated writer and essayist, was born in 1952 into a farming family in Danfeng County, Shaanxi Province. He began to write while studying in the Chinese department of Northwest University in Xi’an. Jia Pingwa first achieved fame in the 1970s and 1980s with his award-winning short stories and novellas, the majority of which are set in Jia’s rural homeland in Shangzhou Prefecture. After Jia graduated in 1976, he worked as an editor at the Shaanxi People’s Publishing House. Since then he has become a full-time writer.

Jia is known for his realistic depiction of the culture and life of Shaanxi Province. His writing often focuses on peasant life during China’s reforms and urbanization since 1978. He is a member of the Chinese People’s Political Consultative Conference (CPPCC), president of the Shaanxi Writers Association, deputy to the People’s Congress of Xi’an, and president of the Writers Association of Xi’an.

Jia is a tenacious and prolific writer. His works include The Collected Award-Winning Novellas of Jia Pingwa, The Collected Works of Jia Pingwa, and novels including Shang Zhou, White Nights, Earth Gate, Old Gao Village, Remembering Wolves, Happy, and the autobiographical novel I Am a Farmer.

His December and January was awarded the best novel of the Third National Novellas. His story “Full Moon” won the National Short Story Award, and the Prix Femina Prize went to Abandoned Capital. Turbulence won the Pegasus Prize for Literature as well as the French Arts and Literature Prize. In November 2008, Jia Pingwa won the Mao Dun Literary Prize for his twelfth novel, Shaanxi Opera.

Susan Berry
4.0 out of 5 stars Excellent Traditional Chinese Literature
Reviewed in the United States on October 5, 2021
The Mountain Whisperer is an excellent foray into traditional and quality Chinese literature in its folk tales, and narratives based on the lives of real people who lived prior to, during, and after the Cultural Revolution heralded in by Mao. The afterword explains the book. For readers have not any experience with Chinese literature, read the afterword first. There's no spoilers in there. There is a disjointed feel of the book due to the inclusion of pathways segments and the narrative loses some of its rhythm because of this but the pathways is an important part that can be skimmed if attention is paid to the subsequent q-a section..
Read more
Helpful
Report abuse

David Russell
3.0 out of 5 stars Chinese history
Reviewed in the United States on August 13, 2021
An oral history of China told by an ancient funeral singer. The stories are descriptive, but are too slow and disjointed for a western reader. I gave it three stars because it is an opportunity to experience another culture, even if I found my self unable to appreciate the journey.
Read more
Helpful
Report abuse
See all reviews
Back to top
Get to Know Us
Make Money with Us
Amazon Payment Products
Let Us Help You
EnglishChoose a language for shopping. United StatesChoose a country/region for shopping.
© 1996-2021, Amazon.com, Inc. or its affiliates