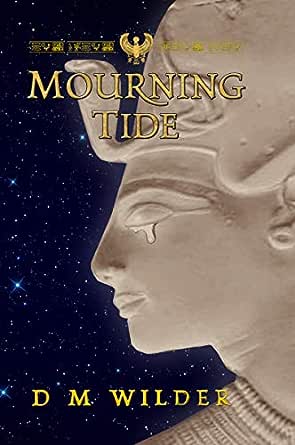 You've subscribed to The Memphis Cycle! We will preorder your items within 24 hours of when they become available. When new books are released, we'll charge your default payment method for the lowest price available during the pre-order period.
Update your device or payment method, cancel individual pre-orders or your subscription at
Your Memberships & Subscriptions
There was an error. We were unable to process your subscription due to an error. Please refresh and try again. 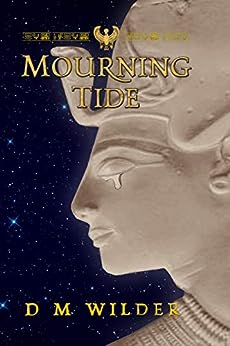 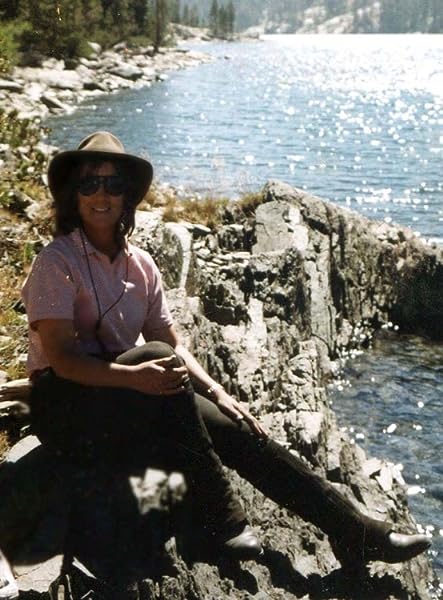 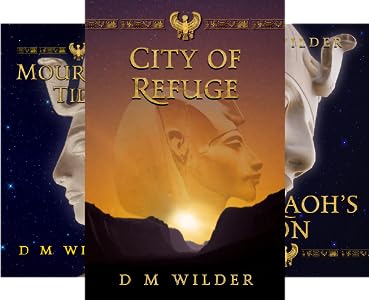 Eighteen years have passed since Seti commanded the Royal Army in The City of Refuge. Now he rules Egypt as Pharaoh.

While Seti is far away to the south, his Crown Prince is ambushed and killed through a senseless mistake. His family sends word, but it is not delivered. Seti returns to Memphis to learn that his son is sealed away in a tomb. With grief weighing heavy upon his heart and yet constantly under his subjects' gaze, Seti cannot mourn properly.

He seeks peace and healing in the village of the Tomb Builders only to learn that marauders from the western deserts have been attacking the town, which is helpless to resist them. During that short summer, the greatest warrior king of that dynasty teaches them the art of battle and in his turn learns of companionship, kindness and courage.

MOURNINGTIDE, the second book of The Memphis Cycle, is a story of loss, renewal and love set against the background of the Valley of the Kings.I actually had goosebumps reading parts of this book because I deeply identified with mourning the loss of our babies as they grow up. Every parent knows how painful this process can be and Wilder hit the mark with King Seti's musings and ponderings during his healing process. Wilder also captured the essence of life during this time period complete with marauders, tomb carvers, the role of women versus men, and the always exciting burial process. Truly an enjoyable read! (Amazon review)

The book is more character and background driven than plot driven, and Wilder does a very good job at maintaining interest. A man mourning the death of his son is not immediately obvious as the centre of a plot, nevertheless I felt quite taken by the story. The events are fictional, nevertheless Seti was confronted by such Libyan raiders from time to time, so the background, while fictional, is at least based loosely on the sort of thing that happened. Diana Wilder has obviously carried out a lot of research on ancient Egypt, and you can see her fascination with it in her writing. Was Seti really like this? The fact is, we simply do not know. The historical records of the times are largely inscriptions on a wall at Karnak that lists Seti's major victories, and praises Seti, and various artefacts that can be associated with him. The real man is probably unknowable, but Diana Wilder has created a character that impresses the reader, and we have a highly readable book. (Amazon Review)

It is the sequel to The City of Refuge, however each is a standalone story, and this book takes place several years later. There is a large cast of characters, and the description of the time and place are vivid and jump right off the page. It is obvious the author did her research. Even her character dialogue is believable for that era. If you have a love of ancient Egypt then this is the book for you.

It is an age-old story of debilitating grief, and how one comes to terms with losing a loved one and how to start living again. Drop that idea into ancient Egypt, using famous people of the past and you have one very interesting, heart-felt story. (Goodreads Review)

The story is detailed and well-researched, and Wilder brings Ancient Egypt to life on the pages and explores the complexity of family and the healing power of atonement. "Mourningtide" is as introspective as it is exciting, as poignant as it is triumphant. (Goodreads review)

Mourningtide  takes place eighteen years after The City of Refuge in the third year of Seti's Reign. It features some old friends - Lord Nebamun,  Khonsu, Ptahu and Seti - now King - from The City of  Refuge.  Prince Ramesses, who moves through  Pharaoh's Son as Ramesses the Great, learns what  it means to be a Crown Prince.  Hori, his eldest son, makes his  appearance as a lively three-year-old.  You will meet the villagers of Deir el Medineh (several generations before those  of A Killing Among the Dead) .

There are some new friends, as well -  Kenamun, the Senior Foreman of the village, Count Intef, now Vizier of the  South, Seti's good old friend, Djedi, who learns the art or battle.  And Nefer.

Mourningtide is a story of betrayal, loss and renewal, where Seti learns that  -

"A broken heart is  a terrible wound to bear privately. To be forced to do so  publicly must be intolerable."

...even if you rule the most powerful nation in the world

Diana Wilder grew up all around the United States thanks to the United States Navy. She has always loved to weave stories for and about people, and her enjoyment of people-watching led to a love of history that is reflected in her writing

She has produced six published books.  Four of them make up The Memphis Cycle, set in the Egypt of Ramesses the Great.  These are The City of Refuge, Mourningtide, Pharaoh's Son and A Killing Among the Dead.  More books are underway, with the next story in the Cycle being Kadesh, set  sixteen years after Mourningtide.

You can find her on most days at some time or another watching people, playing with her dog, or doing graphic design.