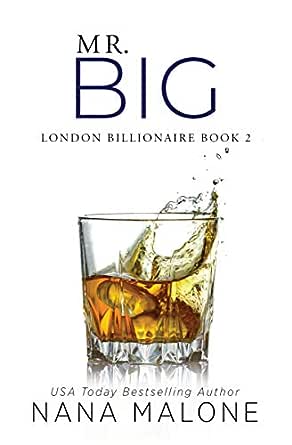 You've subscribed to London Billionaires! We will preorder your items within 24 hours of when they become available. When new books are released, we'll charge your default payment method for the lowest price available during the pre-order period.
Update your device or payment method, cancel individual pre-orders or your subscription at
Your Memberships & Subscriptions
There was an error. We were unable to process your subscription due to an error. Please refresh and try again. 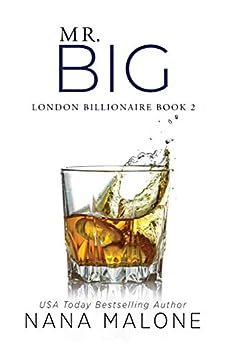 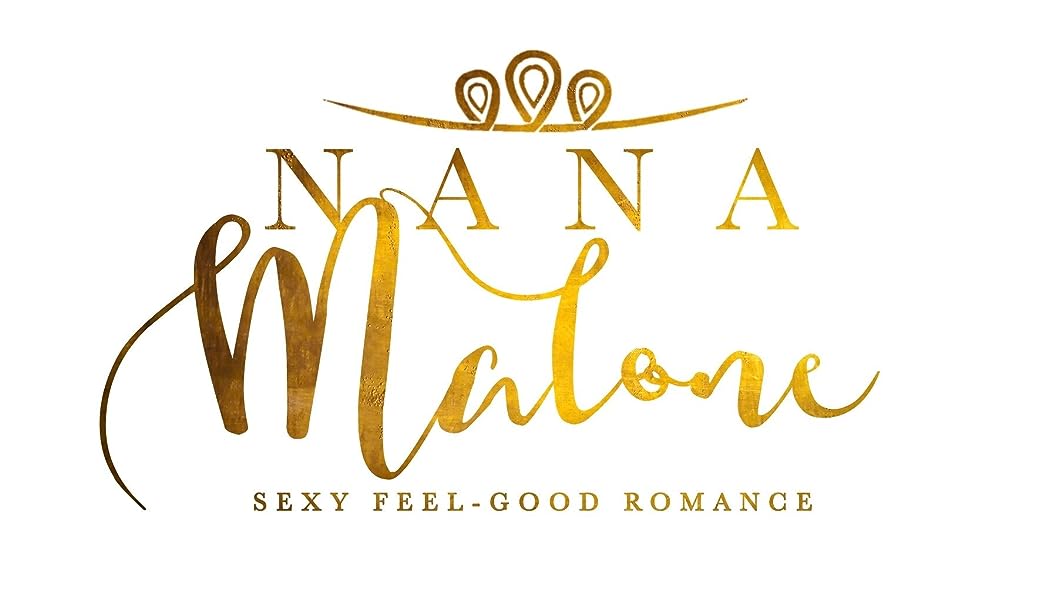 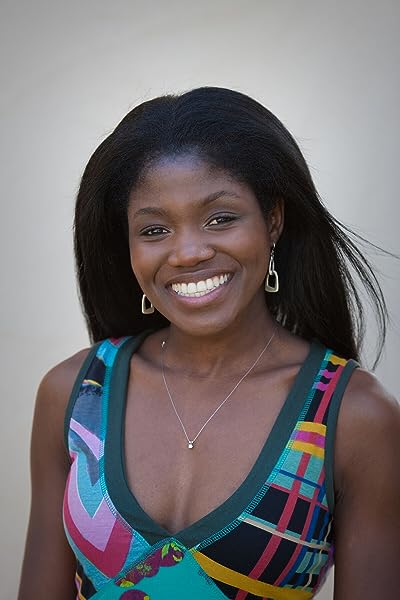 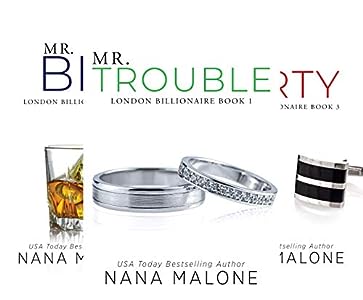 4.1 out of 5 stars
4.1 out of 5
488 global ratings
How are ratings calculated?
To calculate the overall star rating and percentage breakdown by star, we don’t use a simple average. Instead, our system considers things like how recent a review is and if the reviewer bought the item on Amazon. It also analyzes reviews to verify trustworthiness.
Top reviews

RV
2.0 out of 5 stars Gah!
Reviewed in the United States on June 24, 2019
Verified Purchase
The story was way too long. Endless pages of him not being good enough for her. Of him teasing her by playing with her, then blowing her off. Of thinking her brother was going to kill him. Over. And over. And over again.

He wants her, he won’t let himself have her, but won’t let her be happy with someone else.

Most of the way thru she is pathetically willing to accept his hot/cold attitude and keep coming back for more abuse. Fortunately she became stronger near the end.

If I were her I’d be worried about this. Men tend to try to fill such delusions with booze, drugs, and endless women. If they want a chance to succeed he needs some therapy to help him work thru his worthlessness.

Unfortunately, for me, he was pretty wimpy and not an H. It’s sad when the woman in the story is stronger than the man.

Add in the typo problems like: ‘his breath harsh against his ears’, (I’d think this would be a little difficult since there was only one He involved), and that sealed the rating. For me, all of the above made this a poor read. Since there isn’t a 0 rating, I try to save the 1 star for cheaters and horribly bad stories, so had to give this a 2. It looks like I received a few others by this author for free, so I guess I’ll try another one. Fingers crossed.
Read more
37 people found this helpful
Helpful
Report abuse

Guy Reviews Romance and MoreTop Contributor: Pets
3.0 out of 5 stars Rich club chain owner tasked to keep best friend's little sister safe, but he wanted her, and she wanted him...
Reviewed in the United States on June 4, 2018
Verified Purchase
Mr. Big is a pretty typical "my bestie's little sister" romance with the only twist in that it's set in London.

Zach is rich and comfortable after creating a whole series of hit clubs. He can have any women he wanted, but he only really wanted a woman he can't have, Emma, his best friend's little sister. Also, he had a deep dark secret he had yet to share. He can never deserve Emma. When Emma came to London to attend school, Zach was tasked to keep her safe. But Emma wanted Zach for a very long time, and she will have him, and he will not be able to resist for long...

Honestly, the plot is trope, the characters are pretty average, and after reading it, nothing stood out.
Read more
21 people found this helpful
Helpful
Report abuse

Nikki M - Hot books & Sassy Girls
3.0 out of 5 stars When she is all grown up
Reviewed in the United States on March 29, 2018
Verified Purchase
Mr Big by Nana Malone
I have to say that the blurb really threw me off. This story is very different from what the blurb allows you to imagine. Zach and Emma grew up together. Zach and Steve were best friends. Steve being Emma’s big, over protective brother. Emma has always harbored feeling s for Zach but never acted on them. Zach has always felt something for Emma, but could never cross that line, due to his loyalties towards his best friend as well as the secret he is concealing. When Emma comes to London, Steve asked Zach to keep an eye on her. Zach tries hard to stay away but the pull is too much and Emma is not making things easy for him. I liked Emma character. Zach at times was a difficult character, as he was a man who had matured and done really well for himself, but seemed to think he never deserved the breaks he got. At times I wanted him to be more assertive. While the story worked, I did feel there was something missing. Overall I enjoyed this romance and the steamy moments.
Hot books and Sassy Girls
Read more
10 people found this helpful
Helpful
Report abuse

Danielle Zimmerman
5.0 out of 5 stars Loved This Book From Start to Finish
Reviewed in the United States on January 1, 2021
Verified Purchase
I loved this book from start to finish. The main couple had such wonderful chemistry and a love story that’s hard not to be jealous of. Not only that, but the story takes place in one of my favorite cities in the world, London. I couldn’t help but binge this book.

My *only* issue with this book is the main couple’s complete lack of thought or care for the well-being of Em’s best friend. They abandon her alone at night clubs MULTIPLE times and don’t ever think twice about it. The excuse is always over the well-being of Em and making sure she gets home safely and doesn’t take transportation, yet they leave the best friend (who I believe is named Laila) to fend for herself, completely alone. Even less safe than she and Em would’ve been together. I know it’s a small thing and not super important to the love story but also, friendships and the safety of friends (ESPECIALLY late at night during/after a night out) are incredibly important and any partner who doesn’t value that is someone I automatically think less of.
Read more
Helpful
Report abuse

Silver Angel
4.0 out of 5 stars Best Friend's Sister is her own person
Reviewed in the United States on February 11, 2020
Verified Purchase
Book 2 of the London Billionaire's is two completely different people, Meaning you can read this as a stand alone from book 1. Best friend's sister is one of my favorite troupes and this book holds up to that. Zach is a club owner who is tasked with checking in on his best friend's sister when she moves to London. But as always between him and Emma the sparks fly. And when he can't control himself any more he crosses the line. The back and forth after that is a little much at times, but I promise it will be a HEA and worth it. And the way the brother finds out, had me laughing even though it wasn't supposed to but what a way to get caught :)
Read more
One person found this helpful
Helpful
Report abuse

Sharing My Book Boyfriends
5.0 out of 5 stars Who doesn't love a British hottie?
Reviewed in the United States on October 20, 2018
Verified Purchase
So hot! I love stories about a girl and her brother's best friend, so I knew I would love Mr. Big! I loved how strong Emma was. She wanted an adventure and to do what she loved, and nothing or no one was going to stop her. Zach was hot! His best friend asked him to look out for his sister, but he might have done too good of a job. Even though he felt he didn't deserve her, and was worried about how her brother would react, he just couldn't stay away from Emma. He was drawn to her like a magnet. Emma also felt the pull towards Zach. She just wished he'd stop giving her mixed signals. Can their relationship survive once Emma's brother finds out?
Read more
2 people found this helpful
Helpful
Report abuse

LeeAnne
4.0 out of 5 stars A strong hero and heroine
Reviewed in the United States on July 17, 2019
Verified Purchase
Another strong hero and heroine. Emma is spirited and knows what she wants; independence, out of her hometown, her photography and Zach. Zach want s what he can’t have; Emma. She’s his best friend’s baby sister and he’s supposed to watch out for her. He’s convinced her brother will hate him and has some significant guilt over the death of a close friend and their brother. Both are enough to lose her over. Starting anything is wrong but together they are so right. Everything falls apart and he walks away. She walks away. Who will go after the other? How can they get over the death of her brother?

RMurr
2.0 out of 5 stars Nice story but...
Reviewed in the United Kingdom on September 7, 2020
Verified Purchase
Not written by someone who knows the UK so it's little things that niggle. Sidewalk instead of pavements, apartment instead of flat, the swearing is at the wrong level and kind, someone in their mid 20's can drink and go to nightclubs in the UK from 18, who on earth are the Royal Coastguard? The constant repetition of the Ben storyline get' s tiresome.
Read more
Report abuse

Kindle Customer
5.0 out of 5 stars Brilliant
Reviewed in the United Kingdom on November 26, 2019
Verified Purchase
After growing up together and known things about each other Emma still loves Zach but he still has ghost from his past.

Loved reading this story as Zach had a hard life moved away to London and made a life for himself.
Read more
Report abuse

Brenda Williams
4.0 out of 5 stars GOOD READ
Reviewed in the United Kingdom on February 29, 2020
Verified Purchase
Zach moved away from his small town with nothing but a dream to prove his father wrong and boy did he.Emma has had a crush on her brother's best friend Zach for as long as she could remember
Read more
Report abuse

Hanbarn
4.0 out of 5 stars Enjoyable read
Reviewed in the United Kingdom on March 22, 2018
Verified Purchase
Enjoyable read. Like this author a lot but it’s not one of her best. That said once i got into story was hooked. Felt that it lacked a certain maturity but it may have suited younger readers.
Read more
One person found this helpful
Report abuse

Sharon Noble
5.0 out of 5 stars Loved it!
Reviewed in the United Kingdom on February 18, 2019
Verified Purchase
This is a best friend to lover book. Zach is best friends with Emma's brother, well best friend with both of her brothers till one killed him self!
Read more
One person found this helpful
Report abuse
See all reviews